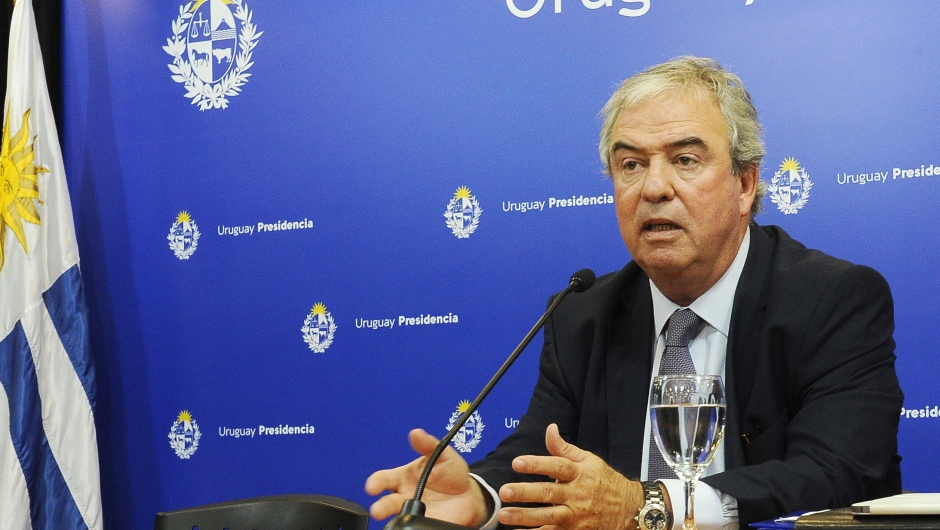 (CNN Spanish) – In Uruguay, President Luis Lacalle Pou announced on Monday that Luis Alberto Heber, who until now served as Minister of Transport and Public Works, will be the new Interior Minister after the death of Jorge Larrañaga.

Lacalle Pou wrote on Twitter that he asked Heber to “continue with the management carried out by Jorge Larrañaga.” “A process of changes will continue, defense of Uruguayans, respect and support for the police,” he added.

Last Saturday Larrañaga died in Montevideo due to a cardiorespiratory arrest, according to a government statement.

“He left in his prime, when he had found his place, he could be charged ’24/7′ (24 hours a day, 7 days a week), as they say in police jargon. I did not rest. It is a very hard blow, we are going to miss it ”, Lacalle Pou said after participating in the Larrañaga wake, To who rated as “a fundamental bastion in government.”

The wake took place on Sunday at the Legislative Palace in Montevideo. The remains of Larrañaga They were buried this Monday in their hometown, Paysandú.

The country’s vice president, Beatriz Argimón, also referred to Larrañaga’s death on Twitter after the news broke: “Many hours of shared militancy. Many dreams and projects as a leader. Rest in Peace dear friend Jorge Larrañaga. Thank you for your strength and commitment. We are going to miss you a lot. A big hug to your family.

The 5 things you should know this January 21: Benedict XVI learned of abuses of priests, says investigation

OL-ASSE: Would Lyon supporters really be delighted to see their “best enemies” sink in… – 20 Minutes