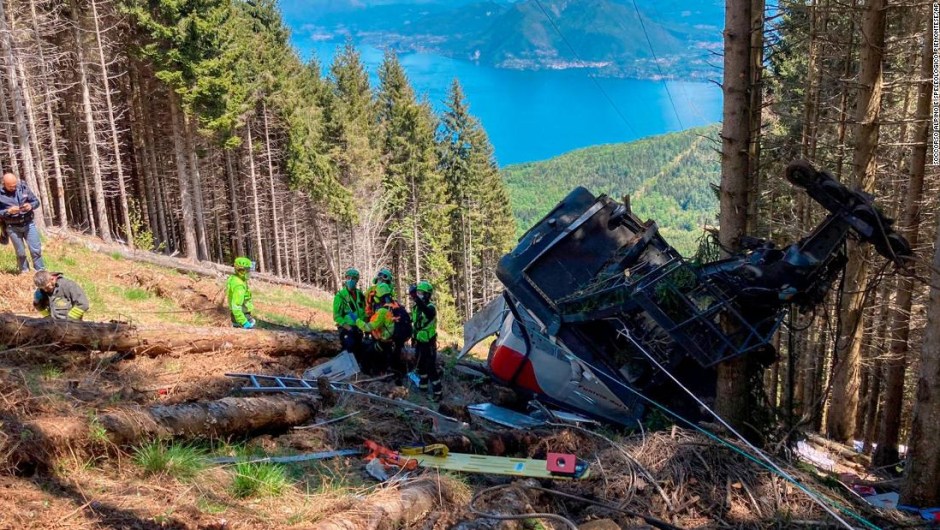 (CNN) – At least 14 people died Sunday in a cable car accident in northern Italy, according to authorities.

One group was riding a cable car from Stresa-Mottarone – which connects the town of Stresa on Lake Maggiore with the nearby mountain of Mottarone in the Piedmont region – and collapsed into a wooded area on Sunday morning, according to a spokesman for the National Alpine Speleological Rescue Corps, which is leading the rescue operation.

Three other people, including two children, were injured in the accident, emergency officials said.

This is how the cable car accident happened

The accident occurred when the cable broke just as the cable car was completing the 20-minute journey from Lido di Stresa square, on Lake Maggiore, to Mottarone station, some 1,491 meters above sea level in the Mountain summit.

The cable broke 300 meters from the top of the mountain, according to local media ANSA. The vehicle crashed in a wooded area with no direct road access.

Some time later, the helicopters lowered the alpine rescuers to the scene of the accident and removed the victims.

Condolences from the Government of Italy

Italian Prime Minister Mario Draghi expressed his condolences to those close to the deceased in a statement on Sunday.

“It was with deep pain that I heard the news of the tragic accident of the Stresa-Mottarone cable car. I express my condolences on behalf of the entire Government to the families of the victims, with special thoughts for the children who were seriously injured and their families, ”the statement said.

Draghi receives constant updates on the situation from the Minister of Sustainable Infrastructure and Mobility, Enrico Giovannini, and from local authorities, it adds.