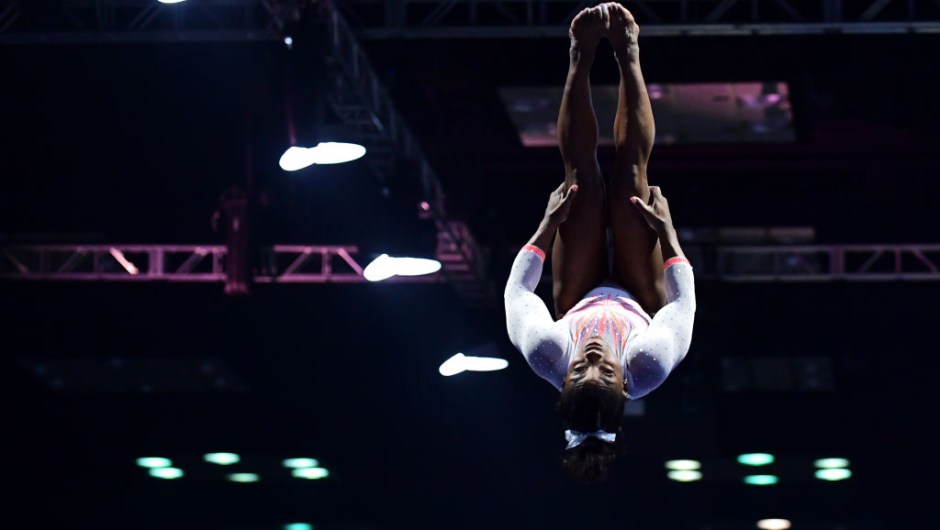 (CNN) – World title defending gymnast Simone Biles became the first woman to perform the Yurchenko double somersault in competition at the GK US Classic in Indianapolis on Saturday.

The Yurchenko double somersault — a high-difficulty technique that historically only men had performed — consists of a somersault on the trampoline, followed by a backhand jump on the jump table, ending with a double somersault in the air until the landing.

The first woman in history to land a Yurchenko double pike in competition.

“I was just thinking, ‘Do it as a workout. Don’t try to exaggerate anything, ‘”Biles said,“ because I have a tendency, as soon as I raise my hand, to exaggerate things, and I did it a little bit, but at least I was on my feet. It is a new jump and I am proud of how it was solved today.

Biles competed in a leotard decorated with a rhinestone goat, a possible indication of her claim as the GOAT (which in English means ‘the best of all time’).

Simone Biles turns during the GK US Classic competition in Indianapolis, Indiana on Saturday.

Overall, the four-time Olympic gold medalist successfully defended her GK US Classic all-around title with a score of 58,400.

It was his first competition in over a year and a half. Biles got the highest score on both the balance beam and the floor exercise.

Following the postponement due to the covid-19 pandemic, the Tokyo Olympics will begin at the end of July, as long as there is no further postponement or cancellation. The American Olympic Team Trials will be held June 24-27 in St. Louis.