Take-Two (GTA) bought by Xbox: a smoky rumor to put into context – frandroid

For several days, we can read on the Internet that Take-Two Interactive is about to be bought by Microsoft. This idea is not based on anything concrete and it is important to know the context of this rumor to understand that things are unlikely to come true. 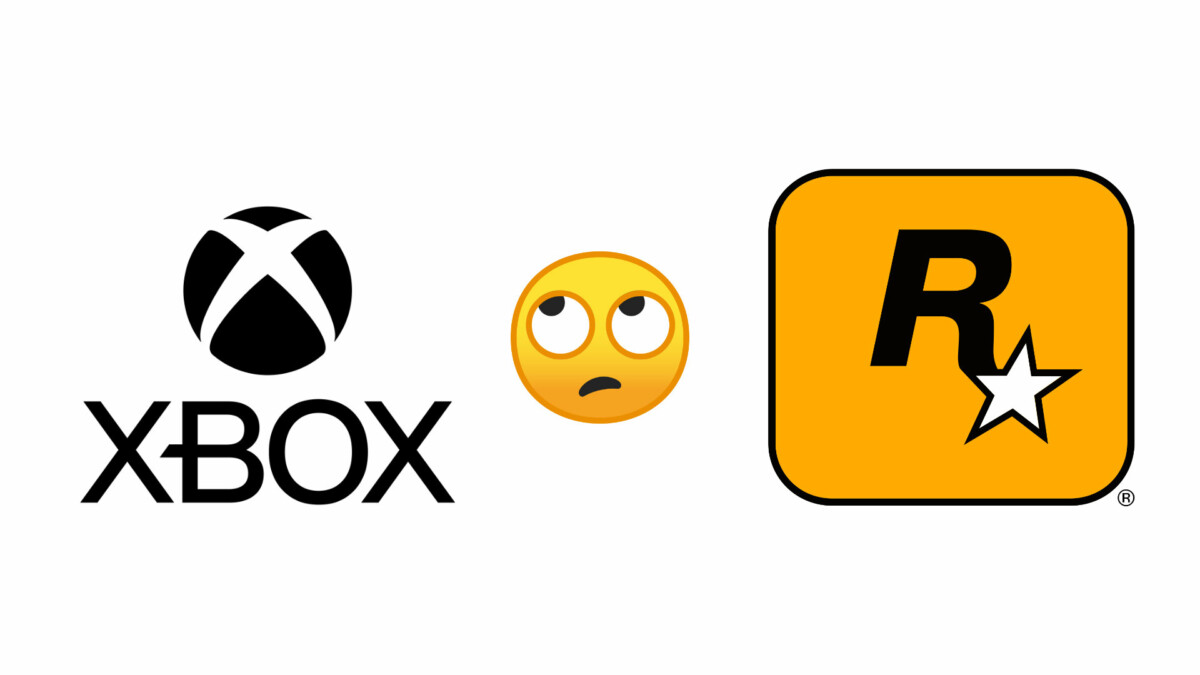 For several days, you can read on many sites dedicated to video game news that Microsoft is in the process of buying the giant Take-Two Interactive. One year later the announcement of the buyout of Bethesda, it would certainly be a real earthquake for the industry. Take-Two is indeed one of the largest publishers in the world, including 2K, Rockstar Games and Private Division, thus housing cult games such as the enormous GTA 5, but also the series Borderlands, Civilization, Bioshock, NBA 2K or Red Dead Redemption, and indirectly Hades published by Private Division.

The idea of ​​the takeover of Take-Two by Microsoft is not based on anything concrete. It is necessary to put it in context to understand it as this “rumor” is circulating on the web.

To understand, we must already go back to the source of this rumor, the one taken up by many sites, but not always citing it correctly. It all comes from a statement by Windows Central reporter Jez Corden in the Xbox Two podcast broadcast on YouTube.

Discussion begins at 21 minutes. A viewer asks Jez Corden for his thoughts on the planned meeting between Phil Spencer, Xbox boss, and Strauss Zelnick, president of Take-Two, in a podcast hosted by Wrap Pro, as a buyout rumor is brewing. to be born. The timing seems interesting and the reporter could have an analysis on the subject.

Do I want to add fuel to this rumor? (laughs) I heard something about Take-Two a long time ago. I heard months ago from several sources of trust in the industry that the next big studio or big publisher to be bought out could be Take-Two. But that was really a long time ago. But at the same time, a publisher like Take-Two would take a long time to acquire. So I don’t know, I don’t have definitive proof of any of this, but this rumor in the industry about Take-Two is old. Discussions in the industry hinted at Take-Two looking for a buyer. But again, I have no idea whether this is true or not. I have not seen any document relating to this.

So there are a lot of uncertainties about these words. Above all, it does not at any time evoke the idea of ​​a takeover by Microsoft. The entirety of his answer concerns the most important question before imagining a takeover: Is Take-Two for sale? He also indicates that he has no definitive proof, just simple echoes of noise from the corridors. As such, we can recall that he did not write an article on the subject. But it is above all a journalist working in writing for Windows Central. If there were enough elements pointing to an imminent takeover, there would already be an article published on the site in question.

This clip from the podcast was spotted by the Spanish site Somos Xbox who decided to make an article of it. First, he indicates that Jez Corden is editor-in-chief of Windows Central, which he is not (but will not fail to be picked up by most sites and videos on YouTube talking about this subject). Above all, it is this site which starts from the words of Jez Corden to arrive at a takeover of Take-Two by Microsoft. It is this Spanish article which will be translated effortlessly and which will be taken up by many media. Waiting for the PlayStation Showcase, industry news is fairly light for the beginning of September. A rumor “GTA 6 future excluded from the Xbox” that easily fills a newsfeed.

From there begins to take shape a fanfiction for certain aficionados of Microsoft. All possible links are then created to try to link Microsoft to Take-Two: the podcast between Phil Spencer and the boss of Take-Two. There is also this pancake with a star shape shared two years ago by a Microsoft official, a star that would “inevitably” be a reference to the star in the Rockstar Games logo.

A pancake with a star

This is not the first time that this kind of connection has been made. Many internet users had already persuaded themselves to see the signs a takeover of Sega and Konami by Microsoft in early 2021.

Why are Phil Spencer and Strauss Zelnick doing a podcast together?

Phil Spencer and Strauss Zelnick are both guests at The Grill 2021 event hosted by Wrap Pro. Just read the article dedicated to this event on Wrap Pro to understand that the discussion will focus on the incredible growth of the video game industry during the pandemic and its significance for the future of the industry. Can we really imagine the two men appropriating the event to discuss a buyout publicly? It does not seem credible.

A Microsoft Xbox buyout: the perfect recipe for a smoky rumor

Why it’s tempting to believe

First of all, Microsoft has shown with Bethesda that it is not afraid of big video game buyouts. The firm has been ready to put $ 8.1 billion on the table to afford a huge publisher and strengthen its capacity to produce content for Xbox Game Pass. The industry is in full consolidation, and it is very important for all the players to secure as much as possible the production capacities, the developers and the licenses, the famous “IP”. We see that the buyout of Bethesda has widened the field of possibilities in the minds of fans of the brand: now Microsoft can buy back anyone and anyone, no matter their size. 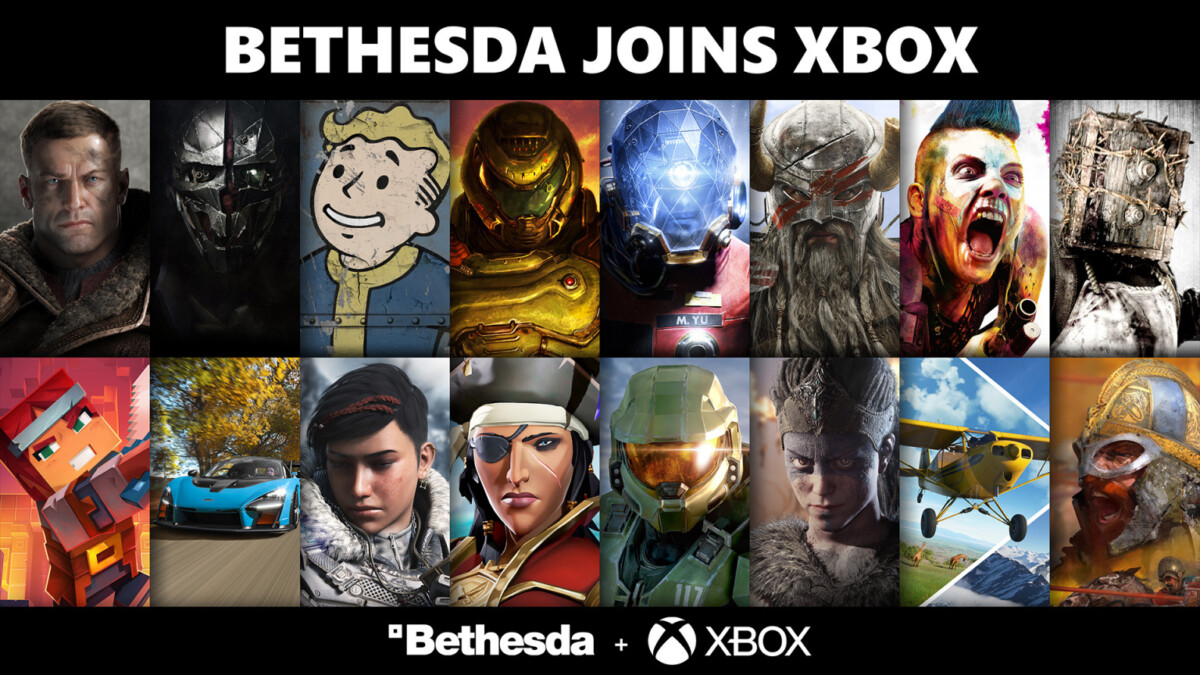 Bethesda buyout had the effect of an earthquake

If Take-Two is for sale, one can easily imagine that there was at least a meeting in the offices of Remond to ask the question. Such a takeover would mean becoming the owner of Rockstar in particular, but also of several other studios such as Firaxis and 2K Games studios. In other words, Microsoft would have the fate of GTA 6, which could then become an Xbox exclusive just like the next Elder scrolls.

And then, in the past, Take-Two has been the subject of takeover attempts on several occasions. At the end of the 2000s-early 2010s, Electronic Arts and Activision-Blizzard had unsuccessfully approached the New York publisher to start discussions. And the rumor already wanted at the time that Microsoft was invited to the table to play its all-out without more success. The latter had denied, the financial difficulties of Take-Two at the time having had nothing encouraging, then explained the analysts.

Why is it not believable

Let’s say Take-Two is for sale, is it credible to see Microsoft buying them back? There are several obstacles to this strange idea.

First the price of Take-Two. The company has a market capitalization of $ 18.58 billion and a buyout would require the acquirer to add a premium to convince shareholders to sell their shares. We are talking at the very least about a buyout of more than 20 or 25 billion dollars. This would make it by far the largest buyout in the video game industry ahead of Supercell by Tencent ($ 8.6 billion), Zenimax Media by Microsoft ($ 8.1 billion) or King by Activision-Blizzard (5 , $ 9 billion). Whether Microsoft is ready to invest in video games is a certainty, but from there to put so much money, it is very uncertain.

The repurchase the most important in Microsoft’s history is that of LinkedIn in 2016 for $ 26 billion. We are talking about a company that was fully in the DNA of the company and not only in one of its activities.

In addition, takeovers in the industry often go through a history of commercial relations between the two companies. When Microsoft bought Bethesda, it was more than 20 years of partnerships and deep collaboration between Xbox and the publisher. There is also a particular context with the faltering health of Zenimax founder Robert A. Altman allegedly playing an important role in the case.

We do not find at all the same history between Take-Two and Microsoft. Apart from the DLC contract for GTA 4 During the Xbox 360 era, Take-Two even had strong relationships with Sony rather than Microsoft.

The launch of a new generation of console is often the time when the craziest rumors are started. Unfortunately, sometimes all it takes is a few distorted words from a reliable source to make the Internet lose its temper.

Impossible here to say ” Microsoft will not buy Take-Two ”In the absence of a firm denial, because it does indeed fall within the scope of possibilities. However, there is not a beginning of clue which could allow to arrive in a reasonable way to this theory. That’s the whole problem with this kind of rumor, for 100 titles ” Will GTA 6 be an Xbox exclusive? », There are 5 titles« why you have to be careful “. One title is necessarily more seller than the other.

However, as you will have understood, there is nothing to confirm that Take-Two is for sale today, and even less to link this possible resale to Microsoft. Finally, it should be remembered that other players are also on the lookout for good operations. This is particularly the case with the Chinese giant Tencent, but also perhaps tech giants like Amazon.

Previous articleSavings: is having a Livret A always useful? – Boursorama
Next articleThird dose, Bassetti: “Those who have not responded to 2 doses may not respond”

Coloration on the NASA Space Launch System rocket allows engineers to accurately track many different parameters of the SLS...

In the Dome of St. Alžbety in Košice, the funeral of the late Cardinal Jozef Tomek, who died...

Bratislava traffic police are currently documenting a mass accident. "For reasons that have not yet been determined precisely,...

In the Dome of St. Alžbety in Košice,...
World