the sex is a structuring element of intimate relationships. This observation is true even when advancing in age: the sex remains
important for the elderly, although sexual activity tends to decrease as we get older.

A common misconception is that older people lose interest in sex and no longer engage in “sexualized” behavior. But if we are to believe the results of a British survey led by
University College London, This is not the case.

It found that 85% of men aged 60 to 69 report being sexually active, as do 60% of those aged 70 to 79 and 32% of those aged 80 and over. On the other hand, women are less sexually active as they get older, but some studies show that, like men, many also want to continue having sex as they get older. Research in the United States shows similar levels of sexual activity in the above age groups.

The fact that so many people continue to have sex as they get older is good news, since our recent work suggest that older people who have less sex are more likely to have
mental and physical health issues.

Our work has led us to take an interest in the sex lives of 2577 men and 3195 women aged 50 and over. In particular, we asked them if they had seen a decline, over the past year, in their desire for sex, the frequency of their activity, or their ability to have an erection (for men) or to feel sexually. excited (women).

We found that men who reported experiencing a decline in their sexual desire were more likely to develop cancer or other chronic conditions that limited their daily activities. Men and women who reported a decrease in the frequency of their intercourse were also more likely to rate their health as less satisfactory. And men with erectile function disorders have also been shown to be more affected by cancer and coronary heart disease.

However, it is important to stress that these changes in desire or sexual functions could have been a consequence of these pathologies, at a stage when they had not yet been diagnosed.

Our research also found that older adults enjoy existence more when they are sexually active. 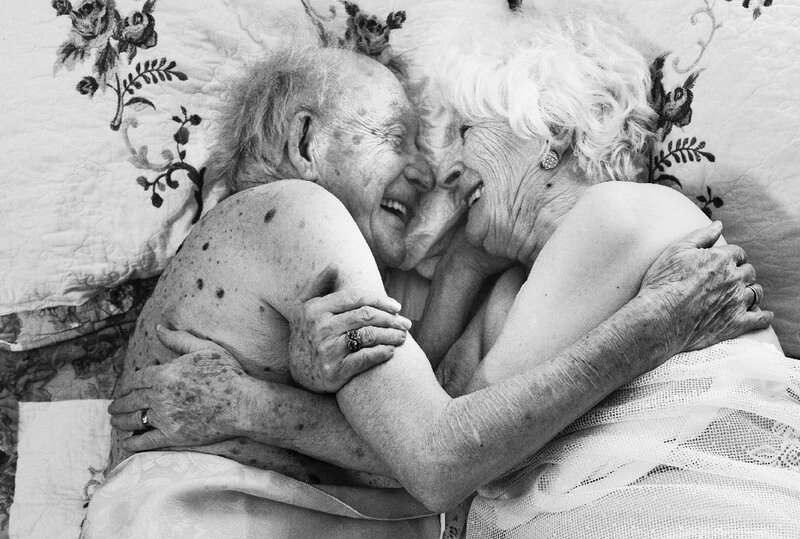 Detail of a photo from the “The Art of Aging” collection, by photographer Arianne Clément © A. Clément – www.arianneclement.com

Conversely, those who see their sexual activity decline report feeling less good about themselves than those in whom sexual desire, activity and functions are maintained. We also discovered that cognitive performance of men who remain sexually active in old age are better than those of men who no longer have sex.

It’s no secret that sex can be a source of well-being. This is explained by the fact that during sexual intercourse the body produces endorphins, which generate a feeling of joy or elation. The consequences go beyond improving mood, as high endorphin levels are known to be associated with greater activation of the immune system, which may result in a reduced risk of
Cancer and of
cardiac disease.

Research also suggests that people who have sex with their partner are more likely to share a stronger relationship. However, feeling closer to your partner has been associated with better mental health. 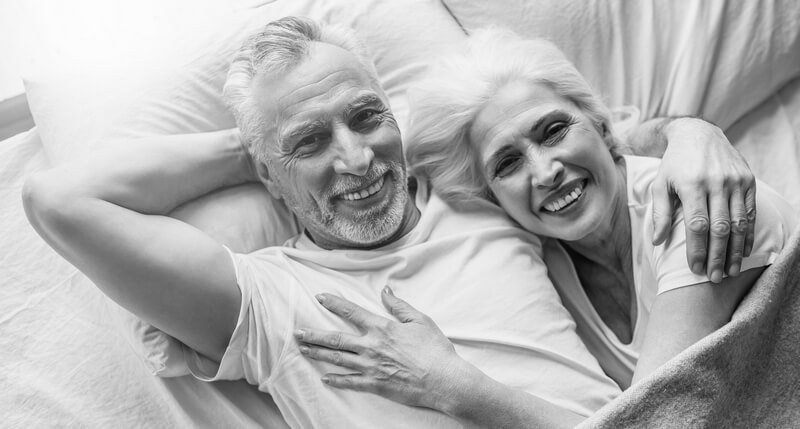 Sex can keep you close as a couple, lower your stress levels, and boost your immune system © Brandon Roberts / Pixabay

It’s also important to remember that having sex is exercising – often of moderate intensity. It is possible to burn up to four calories per minute this way. However, all physical activity has health benefits – and sex is no exception. Regular sexual activity can therefore translate into physical and mental health benefits.

Gender is of course not the only factor in improving health and well-being in old age. But our work shows that seniors are not exempt from sexual desire, and that it could be interesting to highlight theinterest in keeping an active sex life as we get older. This could help improve mental (and possibly physical) health.

Unfortunately, the incentives to explore new sexual activities or to try out new positions or practices are seldom directed at older people. Moreover, quite often when it comes to addressing these issues, physicians prefer the policy of ostrich, avoid broaching the subject.

This review was written by Lee Smith, Senior Lecturer in Physical Activity and Public Health and Daragh McDermott, Director of the School of Sports Psychology and Sciences (both at Anglia Ruskin University – England), with Sarah Jackson, researcher in psychology at the Center for Health and Behavioral Research at University College London (England).
The original article was translated and published on the French site of The Conversation.

White smoke in the center-right in Sicily. After days of controversy and names burned, day after day. ...

Motorists will have to be patient. The day...

The average price of electricity for regulated rate customers linked to the wholesale market rose 0.8% this Saturday compared...