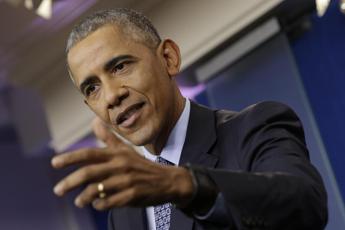 The debate on the subject of UFOs continues to thrill America. After the outcry caused by the video, deemed authentic by the Pentagon, of an unidentified object flying over a US Navy ship and then suddenly sinking into the ocean, former President Barack Obama also spoke on the subject. “There are videos and images of flying objects appearing in the skies, which we don’t know exactly what they are,” Obama told The Late Show, James Corden’s program broadcast by CBS. “We are unable to explain how they move, their trajectory – added the former US president -. They do not respond to an easily explainable pattern. And so I think people take this topic seriously, trying to investigate and understand. what is it about”.

The former marquis has said: HE REJECTED THE WEDDING in front of the cameras and in a few days … He’s ENGAGED! – Topky.sk

One thought on “Ufo, Obama: “There are unidentified flying objects””