Recently, we have become convinced that it is very important to have reliable aviation technology, through which we can help in crisis situations wherever it is needed. This was stated by the chairman of the National Council of the Slovak Republic Boris Kollár (We are a family) at the opening of the 10th International Aviation Days SIAF 2021.

VIDEO: SIAF Aviation Days are held unconventionally in the Kitchen.

“Of course, it’s not just about technology, but also about the pilots, their art and heroism,” said Kollár, who thanked the pilots and pilots for their work in connection with the evacuation operation in Afghanistan.

The Minister of Defense Jaroslav Naď (OĽANO) also joined the award. According to him, the extremely demanding actions in the previous days in Kabul, Afghanistan, clearly showed the importance of the Slovak Air Force. “Hats off, as you managed,” he paid tribute to the soldiers assisting in rescuing dozens of people with ties to Slovakia.

Both congratulated the event on the occasion of its 10th anniversary. Naď emphasized that with the participation and program of Saturday’s 10th year, SIAF is one of the unique events of its kind.

The Speaker also commemorated the 40th anniversary of the Očovskí bačovia acrobatic group. 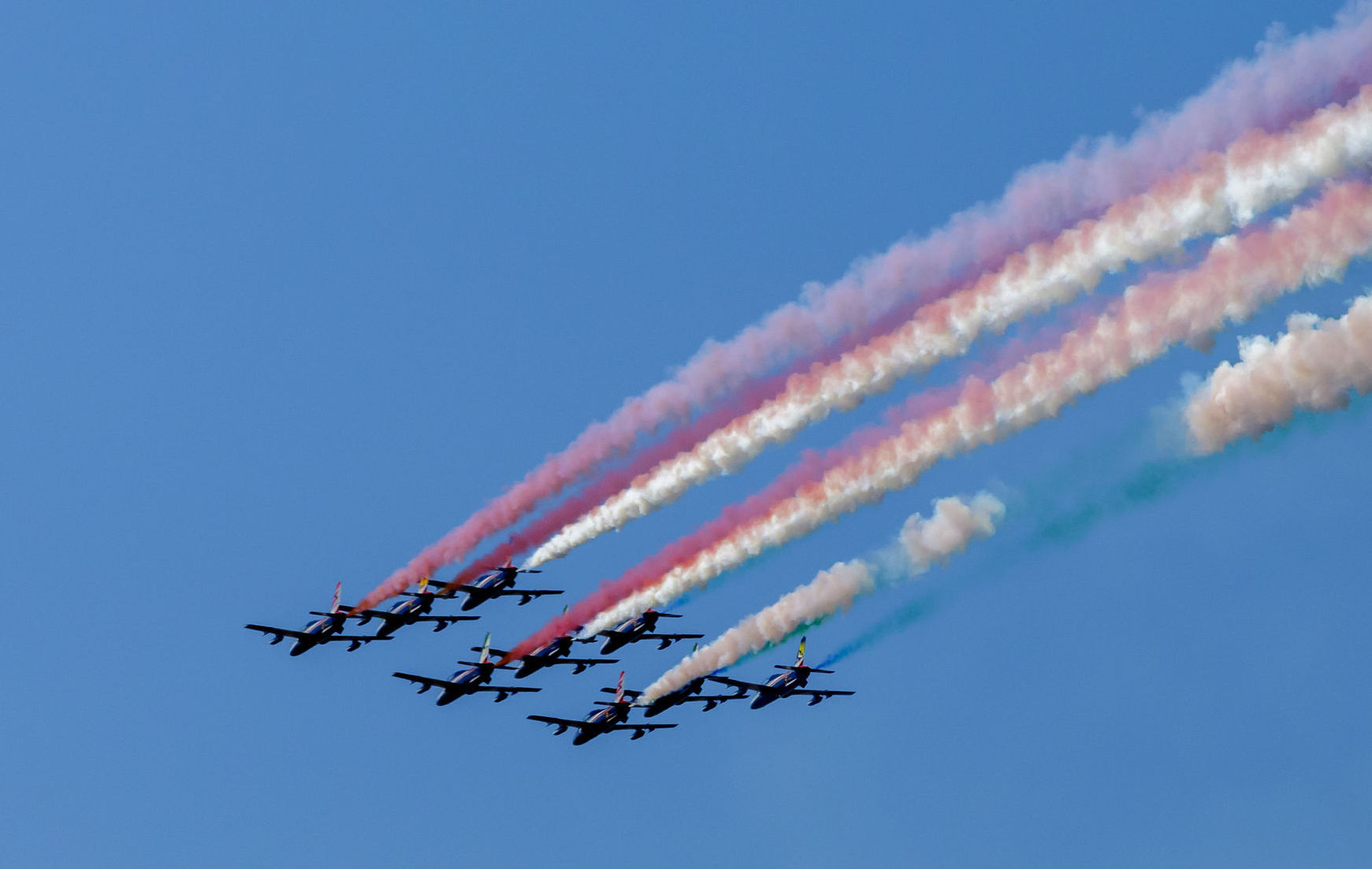 SIAF International Aviation Days are held after a one-year hiatus caused by a pandemic, their venue is for the first time the airport in Kuchyna na Záhorí. “Activities such as the SIAF Aviation Days are a welcome opportunity for us to show our capabilities to the public in a different light than the long-term deployment of our forces to help the population,” said Chief of the General Staff of the Armed Forces (OS) of the Slovak Republic Daniel Zmeko. He added that a total of up to 500 members of the Armed Forces of the Slovak Republic are participating in the event.

During the two-day event (September 4-5,), ​​30 flight demonstrations and more than 40 static demonstrations on the ground are prepared for the public. The event is attended by 13 countries around the world.

The Ministry of Defense presents at the event almost all aircraft of the Air Force of the Armed Forces of the Slovak Republic. In addition to UH-60M Black Hawk and Mi-17 helicopters, C-27J Spartan military transport aircraft, L-39 Albatros jets, L-410 Turbolet aircraft and MiG-29 fighters, it will also demonstrate static demonstrations of military and ground equipment, armaments and equipment. .

Previous articleSlovakia – Croatia: Online transfer from the qualification for promotion to MS 2022 – Športky.sk
Next articleSuperenalotto draws today: no 6, jackpot at 77.4 million

The Genoa Boat Show was hosted inside the largest urban renewal...

Protect your brain, entrust yourself to the neurologist ‘, the serial series begins

'Protect your brain, entrust yourself to the neurologist' is the project born from the collaboration between the Italian Society...

Six months of work, dozens of hours of auditions and an analysis of the main pornographic content online today....

Did someone attack the gas pipelines? The latest information says that the gas leaks detected on Monday from...

DeSantis warns of possible catastrophic flooding in Florida by...
World

Six months of work, dozens of hours of auditions...
World

Did someone attack the gas pipelines? The latest...