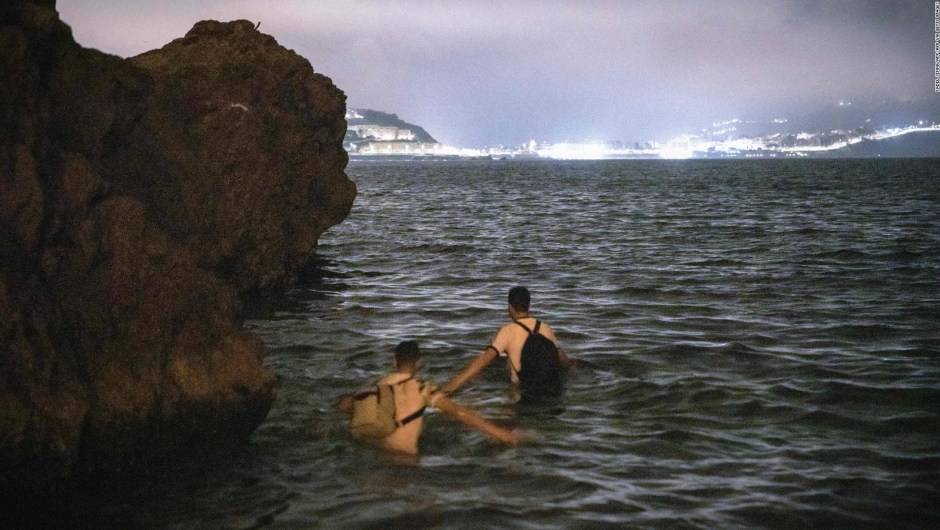 Editor’s note: David Bittan Obadia is a lawyer, writer, analyst on political and international issues, columnist for the Venezuelan newspaper El Universal, and a contributor to other media. As a lecturer, he participated in the World Jewish Congress and was president of the Jewish community of Venezuela. His Twitter account is @davidbittano. The opinions expressed in this column are solely those of the author. You can read more articles like this at cnne.com/opinion.

(CNN Spanish) – These days we are seeing a massive arrival, unprecedented and illegal, of immigrants from Morocco to Ceuta (Spain). To date it is the largest known influx, in such a short time.

It is important to highlight that Morocco has a conflict in Western Sahara, an area that was a Spanish province and incorporated by Morocco into its territory in 1976, and it is, since that date, that the Saharawi National Liberation Movement, known as the Polisario Front, has maintained a tension with the Moroccan authorities.

Western Sahara has an area of ​​more than 250,000 square kilometers; It borders Morocco, Mauritania and Algeria, is made up of abundant sand dunes and has more or less 500,000 inhabitants. It also has more than 1,000 kilometers of Atlantic coastline and the great attraction of an important school of fish, as well as a wealth of phosphate, iron, oil and gas.

In the midst of this migration crisis between Morocco and Spain, the US has given Morocco its support with the call of the Secretary of State, Antony Blinken, who communicated with his counterpart and although – officially – there was no talk of the migration crisis, Blinken did point out “the importance of the strong bilateral relationship and the key role of Morocco in promoting stability in the region.” If we add to this fact that, up to now, President Biden has not had any conversation with the President of the Spanish Government, Pedro Sánchez, it is not unfortunate to think that, for the current administration of the United States, Spain and its political regime are not are priority.

From my point of view, the arrival of so many migrants, many of whom have already been returned, is a reaction from Morocco, which has deliberately lowered controls at its border a bit due to the decision of the Sánchez Government to have allowed the General Secretary of the Polisario Front, Brahim Ghali, was hospitalized in Spain. This strained a tradition of friendship between the two countries, especially between the monarchies, which have been so close.

For his part, President Sánchez has had to personally travel to Ceuta and there he has been received, according to press images, with the rejection of a group of people, who expressed their discomfort at this crisis created with Morocco. Hsata now, Sánchez has not linked the mass crossing of migrants to possible retaliation from Morocco for the hospitality shown to Ghali.

The statements of the Moroccan Embassy in Madrid have made it very clear, for those who want to understand it, regarding Spain’s decision to provide medical attention to the leader of the Polisario Front, ensuring that: “In relations between countries there are acts that have consequences that have to be assumed, ”said the Moroccan ambassador to Spain, Karima Benyaich, to Europapress this Tuesday.

Spain created a fund to help Morocco repatriate immigrants and is exerting pressure with the European Union to resolve the situation, but it has also had to send tanks and soldiers to exercise its sovereignty; These are the consequences of a conflict that could have been avoided and added to a wrong policy that the Government of Pedro Sánchez is leading against Morocco.

1 thought on “OPINION | Why did Morocco let so many immigrants pass to Ceuta?”