The shortening of quarantine is supported by experts and politicians – Home – PRAVDA.sk

The consortium of experts recommended reducing the number of days of domestic isolation.

Instead of the current 14 days of quarantine, they propose, based on scientific evidence, a reduction to ten days of home isolation for those who can end quarantine without testing. This follows from the conclusions of Thursday’s meeting of the expert council.

“Similarly, experts suggest for those who go to the PCR test on the fifth to sixth day first and the result is negative, so that they can end the isolation on the seventh day from the beginning of quarantine, which means that if they have no symptoms after the negative test on the seventh day. they can release them from quarantine, “said Zuzana Eliášová, a spokeswoman for the Ministry of Health (MZ) of the Slovak Republic.

“The SaS party supports the reduction of quarantine for all from 14 to ten days, because it came up with it itself and proposed it to the coalition council and also to the Minister of Health,” said Jana Bittó Cigániková (SaS), chairwoman of the parliamentary health committee.

The Council of Experts discussed several topics. One of them was the administration of the third dose of COVID-19 vaccine. Experts opened a discussion of its submission to risk groups of the population. “The topic has remained open for the time being, and other professional international authorities have approached the above,” Eliášová explained.

The conclusions of the meeting of the council are of a recommendatory nature, the proposals will be assessed by the Ministry of Health and the Public Health Office of the Slovak Republic. 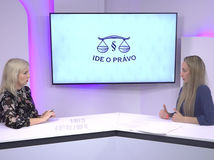 Read more Did they steal and misuse data from your Covid pass? How to defend yourself?

Previous articleJohnson & Johnson vaccine, thrombosis and side effects: Ema examines data
Next articleWhat will happen after the queen’s death. The British have a detailed plan – SME.sk

There are 3,740 new coronavirus infections today 10 August 2022 in Lombardy, according to data and numbers from the...

USA: more marked than expected slowdown in inflation in July

Sad news: The famous ex-hockey player was diagnosed with an incurable disease – Športky.sk

A sustained circulation of the West Nile virus (Wnv) in some regions, especially Northern Italy, "recorded" as of August...

USA: more marked than expected slowdown in inflation in July

Sad news: The famous ex-hockey player was diagnosed with an incurable disease – Športky.sk

Serena Williams announced her retirement: profile of a total...
World