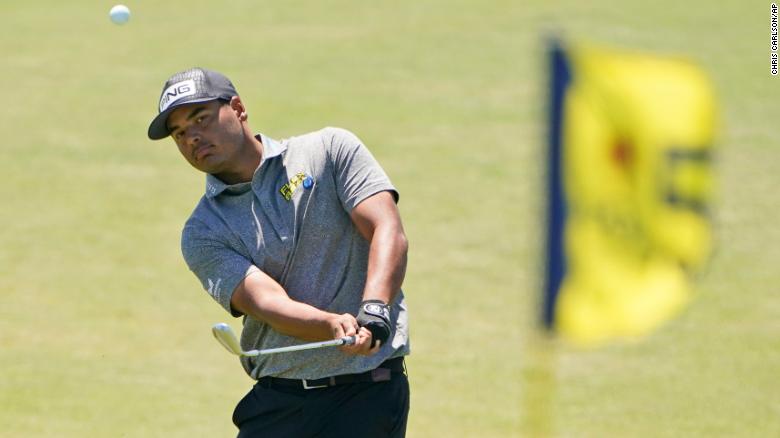 Sebastián Muñoz achieved the rarest hole-in-one shape Thursday at the 2021 PGA Championship, and one from which he seemed unwilling to get his ball back.

On the 18th hole at the Ocean Course on Kiawah Island, the Colombian golfer threw his drive to the left and towards the crowd of watching fans.

After an unfortunate bounce off a fence, and to the delight of fans, his ball landed in a nearby trash can.

Muñoz, after climbing into the hole with the roars of the fans in his ears, looked inside the container to confirm that his ball was actually there.

After consulting with a referee, he may be heard asking, “Do I have to take it out ?!”

Unfortunately for the world No. 71, the answer was yes.

With the help of an aide, he reached into the bag to retrieve his ball, and quickly handed it to a fan, who seemed excited about his souvenir piece.

Muñoz, with a new ball, took a drop and managed to save par four on 18 and remain one more for his first round after nine holes.

The wind wreaked havoc on the opening day of the 2021 PGA Championship for players, and none more so than Muñoz, whose unfortunate shot delighted many attendees and on social media.