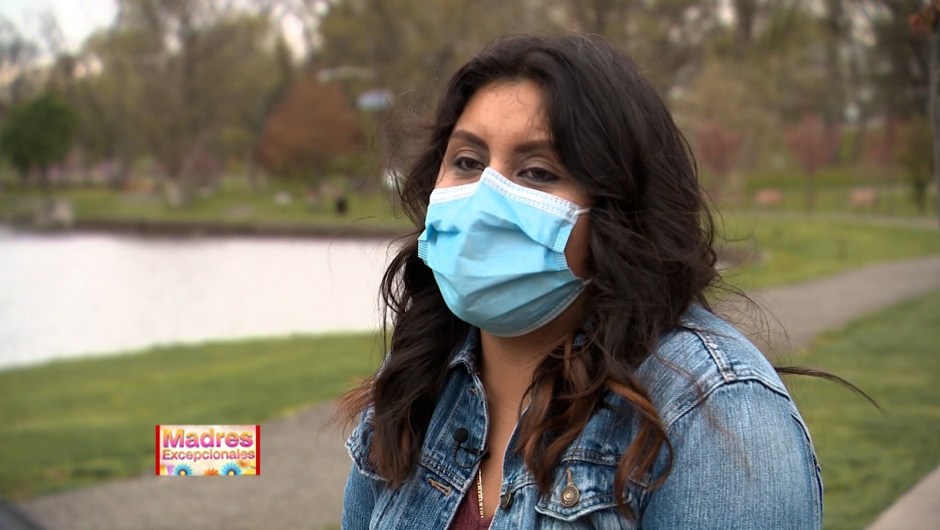 (CNN Spanish) – Marlene Torres remembers that she saw death as something alien. “People buried their dead and I never thought it would happen to me. In less than a year I lost my mom and dad ”, he says.

He says his life changed forever. At 29, Torres had to assume the role of father and mother to his four younger siblings. His mother, Margot Cinto Rojas, died of a heart attack in November 2019 at age 43, just before returning from a vacation trip to Mexico.

Torres describes her as a woman with a permanent smile that was noble and simple, but at the same time strong and warrior.

He says that his mother immigrated from Mexico to the United States more than 20 years ago, and without speaking a single word of English she settled in Passaic, a city in New Jersey with a strong Hispanic presence, where she was able to work, obtain her legal residency papers and raise her 9 children next to her stepfather.

“She is my heroine, my goal is to become like her,” says Torres, remembering between sobs that the day her mother passed away, “my world was shattered into a thousand pieces.”

Four months after that tragic moment, her mother’s husband, and father of her 4 younger brothers, Ramón Ramírez, was infected with covid-19. On April 28, 2020, at 39, he lost the battle against the virus.

“I saw it, I couldn’t even say goodbye because I didn’t know what to say. I was shocked when they told me that his heart had stopped, ”he says.

He says that when the nurse gave him the news he immediately thought of his siblings. “How am I going to face them and tell them that he has also passed away, that he is no longer with us?”

Torres relates that the worst fear of a father is leaving his children alone, and he believes that when his mother died he also had that fear. She indicates that her father became a father and mother and that is why she is sure that when he fell ill with covid-19 fear also took hold of him.

Take on the challenge

Being the oldest of 9 siblings, Marlene Torres decided to assume the void left by her parents. Since then, she has not only cared for her 9-year-old son and her 3-year-old daughter, but has also had custody of her 11, 15, 17-year-old brothers and 19-year-old sister.

He assures that it is a very difficult task because they are all totally different. He explains that his siblings are adolescents and in the midst of the pandemic the fear is that they will become depressed, that they may feel that they may be alone.

Marlene Torres works as a medical assistant and says she has the support of the father of her two children, other relatives and the community, who has donated food and money.

She considers that they have not lacked anything because, according to her, a kind of divine energy protects them.

We accompany an intensive therapy doctor for 12 hours 6:46

For her siblings, Marlene is now the head of the household. Inspired by the example her parents set, they now look at her with respect and admiration.

“She represents my mom and dad. He does everything he can for us. We don’t lack anything, ”says her 19-year-old sister, Marlene Ramirez.

For them, but especially for Marlene Torres, special dates like Mother’s Day now have a different meaning.

“Sometimes I would like to skip that date, I know that I am a mother and maybe my children tell me ‘look, here’s a little flower, a drawing’, but it hurts to think that I don’t have her anymore, that hurts to people who say ‘I’m going to eat with my mom, this and that’, but I can’t, ”she says with her broken voice.

The other story of migrant mothers looking for their children 3:13

And although she recognizes that it will be difficult to heal the wound left by the sudden departure of her parents, Marlene Torres assures that she is willing to fulfill the mission that destiny put her in the way.

“The day I get to leave, I want to go to my mom and dad and tell them: ‘I tried as hard as I could and here they are. My brothers and sisters are right men and women, they are responsible, they have graduated from school. ‘ That is my goal, that they have a good career, that with the future they buy their house, that they have a good future ”.