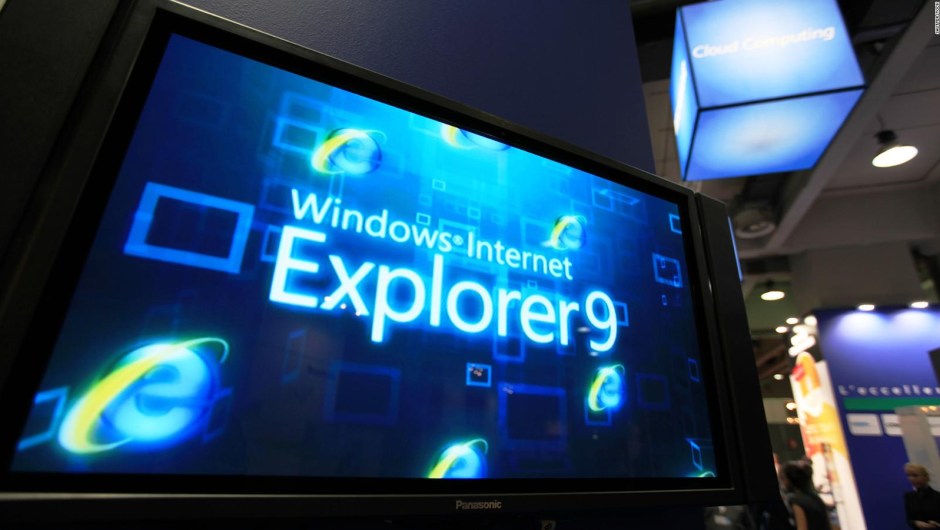 (CNN Business) – The end of Internet Explorer (IE) is finally near, one of Microsoft’s most criticized products that has refused to die.

This week Microsoft announced which will stop supporting Internet Explorer 11 on June 15, 2022. This last nail in the coffin comes after years of suggesting IE’s demise.

For example, in August 2020, Microsoft turned its back on IE within its own products. Corporate instant messaging software Teams stopped working with IE last fall, and Microsoft 365 applications (including Office) will no longer work in IE in mid-summer 2021.

The once most widely used web browser has been on a steadily downward trajectory for nearly two decades. Its share of the browser market fell below the 50% threshold in 2010 and now stands at around 5%, according to NetMarketShare. Google’s Chrome is the leader in browsers, with a 69% market share.

In its death announcement, Microsoft said that Internet Explorer is slow, no longer practical or compatible with many modern web tasks, and much less secure than modern browsers.

Yet IE has miraculously managed to hold on for 26 years. Microsoft has continued to use IE with Windows to ensure corporate applications continue to function properly. Corporations tend to be very slow to adopt new browser versions, particularly if they create custom applications for them.

Most Windows 10 PC owners probably never noticed that IE is installed on their computers. Edge, Microsoft’s modern browser, is based on the open source Google Chrome and has gained much more traction than IE in recent years.

It is unclear whether Microsoft will stop installing IE on Windows PCs by default once the company stops supporting IE, although it likely will. The latest version of Microsoft’s Edge browser supports web applications built for IE so customers don’t have to keep switching browsers. So IE has finally stopped being useful.

“We are announcing that the future of Internet Explorer on Windows 10 is in Microsoft Edge,” said Sean Lyndersay, Microsoft’s program manager for Edge. “Microsoft Edge is not only a faster, safer and more modern browsing experience than Internet Explorer, but it can also address a key concern: compatibility with older and legacy websites and applications.”

It was once a monopoly, now it’s forgotten

Internet explorer debuted in 1995 as part of Windows 95 and became an instant hit. IE ended the success of Netscape Navigator and achieved a virtual monopoly in the early 2000s. At its peak in 2002, Internet Explorer dominated 95% of the browser market.

But Microsoft failed to innovate, essentially letting Internet Explorer 6 gather dust and cobwebs for five years. That frustrated customers and made them flee in search of greener pastures. Internet Explorer became synonymous with bugs, security problems, and outdated technology.

Microsoft finally released IE7 in 2006, but the damage was done. Microsoft paved the way for Firefox and then Chrome to overtake it.

The company tried to revitalize IE. With the release of Internet Explorer 9 in 2011, Microsoft finally released a modern browser. Still, to this day, IE still doesn’t support extensions, isn’t available on non-Windows devices, and doesn’t sync with other devices by default – all the mainstays of Chrome and Firefox.

Microsoft recognizes that IE is not ideal for web browsing.

“Customers have been using IE 11 since 2013, when the online environment was much less sophisticated than the current landscape,” the company said last August. “Since then, open web standards and newer browsers – like the new Microsoft Edge – have enabled better and more innovative online experiences.”

So for the past five years, Microsoft has tried – unsuccessfully – to do away with Internet Explorer.

In an “Ask Me Anything” chat on Reddit in 2014, Microsoft’s Internet Explorer engineers acknowledged that the company was considering a name change to “separate us from negative perceptions” about the browser.

Instead, Microsoft developed an entirely new browser, releasing Edge in 2015. Edge didn’t actually replace IE, however, as Internet Explorer is pre-installed on Windows PCs to date, along with Edge.