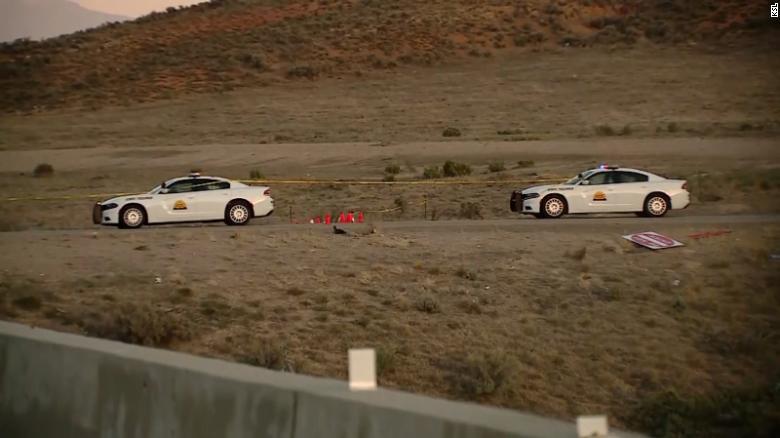 (CNN) – A traffic stop north of Scipio, Utah, resulted in the theft of a deputy sheriff’s truck, a shootout with police and the suspect’s capture following a chase Wednesday.
Interstate 15 in Juab County, about 100 miles south of Salt Lake City, reopened Wednesday night following a chase in which the suspect allegedly stole a vehicle and subsequently shot officers.

“During the course of that stop, the suspect they detained was able to steal a Juab County deputy sheriff’s truck,” Doug Anderson told a news conference Wednesday night.

Then there was an exchange of gunfire with state troopers on the side of the road after the vehicle crashed, according to Utah Highway Patrol Col. Michael Rapich.

“There was an exchange of gunfire between the suspect and our police officers who were on the scene at the time. During that exchange of fire, there was a civilian who was wounded, “said Rapich, adding that the civilian was transferred to a local hospital.

Police said they found the suspect, who was injured, hiding in the Sevier River near the interstate. His name was not released.

The two Utah Highway Patrol officers who opened fire in the incident are on routine administrative leave, according to authorities.