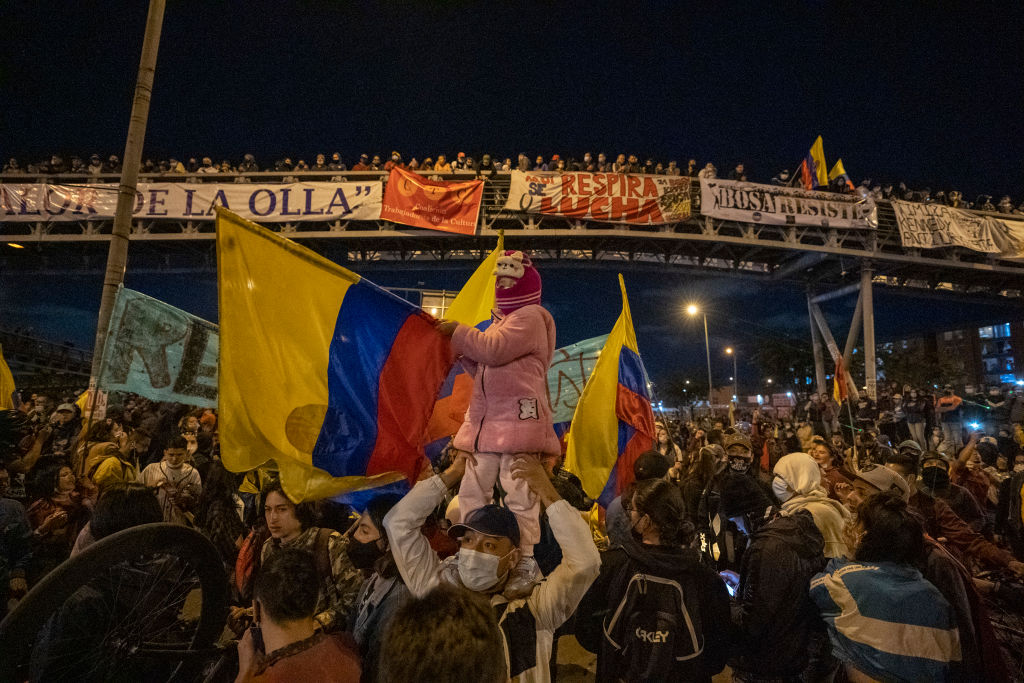 Mayor of Bogotá rejects the militarization of Bogotá 2:31

(CNN Spanish) – The Bogota Government Secretariat reported on Wednesday that there were incidents of violence at the end of the peaceful day of protests in the Colombian capital.

Wednesday’s protests in Bogotá were for the most part peaceful, according to authorities. (Photo by Diego Cuevas / Getty Images)

The protests, the secretariat said in its verified Twitter account, occurred again in the Portal de Las Américas, Avenida Ciudad de Cali and the Suba sector.

On Avenida Ciudad de Cali, after a dialogue with the protesters, the protests were quelled and with that the they unblocked the tracks, in which there were burning tires to impede the advance of cars.

In the area of ​​the Portal of the Americas, reported the secretariat, despite trying to dialogue, no agreement was reached and attacks were made on the police with stones and ESMAD had to intervene.

Hours earlier, in the same location, there was a peaceful protest that the same secretary accompanied and even provided water to the protesters.

The secretariat added that in the Suba sector the police proceeded to make arrests and the human rights teams of the mayor’s office were verifying that the due process of the detainees was respected.

The Bogotá Government Secretariat ended its report by reporting that the Transmilenio Portal of the Americas did not find people held or hidden due to the protests that took place during the night.

Protest against the next Copa América at the El Campín stadium in Bogotá. (Photo by Guillermo Legaria / Getty Images)

The Bucaramanga mayor’s office also reported violent protests at the end of the day of demonstrations.

The mayor of Bucaramanga, Juan Carlos Cárdenas, reported that, although there were numerous peaceful protests in the city this Wednesday, after 4 pm, a group of protesters attacked facilities of the fifth brigade of the police and the Immediate Attention Command (CAI ) of the San Alfonso neighborhood. In addition, damage was reported to the facilities of the Megamall shopping center.

Cárdenas added that a group of protesters went to the Industrial University of Santander, where there were clashes with the police and an attack on officials of the Ombudsman’s Office present in the place was recorded.

Given the heavy fighting on the outskirts of the University, it was reported that a humanitarian corridor had to be established, which coexistence managers from the Bucaramanga mayor’s office managed to agree on, so that people who were inside the buildings of the University could be evacuated. college.

Cárdenas stressed that as mayor he gives all the guarantees for peaceful protest and called on President Ivan Duque and protesters to reach agreements through dialogue.