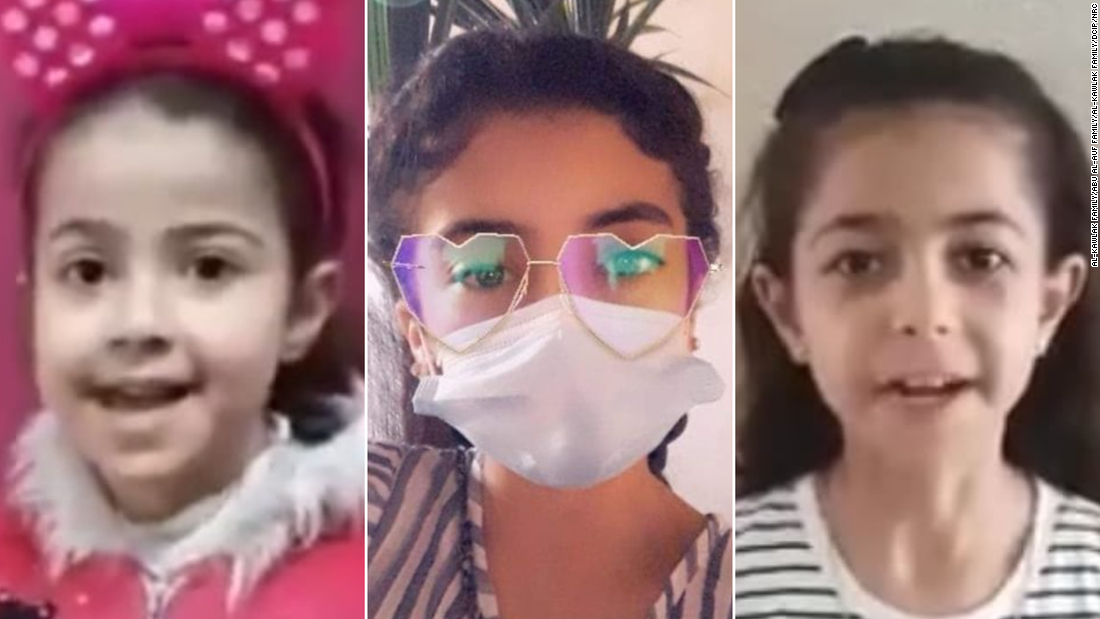 How did the Israeli-Palestinian conflict get to this point? 3:04

(CNN) – A ceasefire in the bloody Israeli-Palestinian conflict could be “imminent, possibly within 24 hours,” Hamas officials told CNN on Wednesday, as world leaders increased pressure on both sides to put end the fighting. Israel, however, has not commented on the possibility of an agreement allowing a ceasefire.

Concern over the worsening humanitarian situation has been mounting as the conflict reached its 10th day on Wednesday. There are more than 220 Palestinians dead, including more than 60 children, and 12 people have died in Israel, including two children.

This is how they rescued a girl who survived the attack in Gaza 2:58

The Norwegian Refugee Council (NRC) said on Tuesday that 11 children in Gaza between the ages of 5 and 15 had been participating in its trauma treatment program before Israeli airstrikes killed them in their homes. .

NRC Secretary General Jan Egeland expressed outrage at what he called a “maddening exchange of rockets and missiles.” He also said that Israeli politicians and generals as well as Hamas and Islamic Jihad militants in Gaza should be held accountable.

“What they are doing is killing children,” he told CNN’s Zain Asher.

Karl Schembri, NRC’s regional communications adviser, told CNN on Wednesday that the organization has dealt with children “who had absolutely violent and terrifying nightmares that rendered them unable to function.”

There is no way to escape violence. This is not like going to the front line, which you can avoid. This is the first line reaching your bedroom, ”Schembri said.

Why do the clashes between Israelis and Palestinians take place? 2:17

The calls for a truce

On Wednesday, a Hamas leader described a “positive atmosphere” surrounding the talks to reach a ceasefire agreement with Israel “thanks to the support of our Egyptian and Qatari brothers”, who proposed different solutions.

However, Israel has not publicly shown much enthusiasm for putting a hiatus on the conflict. Israeli Prime Minister Benjamin Netanyahu said earlier Wednesday that he was “determined to continue this operation until its objective is achieved: to restore tranquility and security for you citizens of Israel.” The Israel Defense Forces (IDF) had previously said that the attacks would likely continue in the coming days.

Who could mediate the Israeli-Palestinian conflict? 2:09

“I am especially grateful for the support of our friend the President of the United States, Joe Biden, for the right to self-defense of the State of Israel,” Netanyahu said.

Biden had told Netanyahu “that he expected a significant de-escalation today on the way to a ceasefire,” according to the White House.

France, for its part, circulated a motion for a resolution for approval by the UN Security Council, which gave impetus to stimulate an end to the crisis. However, the Council has not been able to approve a statement on the matter (which would not be legally binding). It is blocked by the United States, which told the Council that at this time any UN action will not be timely nor will it help to de-escalate the struggle.

“We call for a ceasefire, which is what we send to the UN Security Council. There are very active discussions with the Americans on this particular issue, “French government spokesman Gabriel Attal said at a press conference in Paris.

Israel has carried out more than 1,800 airstrikes in Gaza since the violence erupted more than a week ago, according to the Hamas-run Information Ministry. The ministry estimates that the Israeli air campaign has caused more than US $ 323 million in damage to the Palestinian enclave.

On Wednesday, dozens of Israeli warplanes launched a series of attacks on various Hamas targets, including an “arms depot” located in offices belonging to the Hamas internal security headquarters in Khan Yunis, and “a command and control ”at Rafah, said the Israel Air Force (IAF).

Violence between Israel and Gaza reaches its second week 3:47

The 25-minute attack destroyed “about 40 underground targets,” the IAF said in a tweet, adding that about 3,750 rockets had been fired from Gaza as of Wednesday morning. Of that total, 550 had missed and fallen inside Gaza. It is unclear how many of those rockets were intercepted by the Iron Dome, Israel’s defense system. The IDF had previously said that the system intercepts more than 90% of the rockets it targets.

During the past 10 days, the IDF also twice tried to attack the leader of Hamas’s military wing, Mohammed Deif, a military source in Israel confirmed to CNN. Both times he escaped, the source said. No details were provided so far on the dates or location of the attempts to kill Deif.

A unit of the Israeli bomb squad inspects the site where a rocket fired from Gaza struck in Ashdod, Israel, on Wednesday, May 19.

Deif leads the Izz ad-Din al-Qassam Brigades and has planned attacks for more than 20 years. It has long been a target of the IDF. In previous attempts on his life, he suffered multiple injuries, even losing both legs in 2006, according to Israeli media reports.

The official also gave Israel’s most detailed explanation yet of why they destroyed a building that housed the international media Al Jazeera and Associated Press, among others, over the weekend.

What was in the destroyed building in Gaza? 0:29

The official said that in the Al-Jala’a building was the electronic department of the Hamas military wing, which was researching and developing high-level capabilities to carry out attacks against Israel. The Israeli military has provided no evidence of Hamas’s presence in the building and CNN has been unable to verify that claim.

Demolishing the building instead of carrying out a more targeted attack generated intense criticism.

Reporters Without Borders, an NGO that works to protect journalists around the world, said it was asking the International Criminal Court to investigate whether deliberately targeting the media constitutes a war crime.

Israel, for its part, has repeatedly accused Hamas of operating near buildings such as hospitals and schools “deliberately”, endangering civilians who risk becoming human shields.

There are considered to be more than 72,000 internally displaced people in Gaza. Many of them find refuge in dozens of schools, according to the United Nations Office for the Coordination of Humanitarian Affairs.

Four Palestinians were killed, including a local journalist, and 10 others were injured in Israel’s night raids into Gaza on Wednesday, according to the official Palestinian news agency WAFA.

The journalist, Yusef Abu Hussein, was a broadcaster for the Gaza radio station Al Aqsa Radio. He was killed in an Israeli attack on a house near the Sheikh Radwan Cemetery, north of Gaza City, according to the WAFA report.

A senior Lebanese security source told CNN that the rockets were fired from the Seddiqine area in southern Lebanon. The source did not say what the extent of the damage was caused by Israel’s response, but added that the Lebanese Army and the United Nations peacekeeping force stepped up their patrols last week in the area, in an effort to prevent new launches from Lebanon.