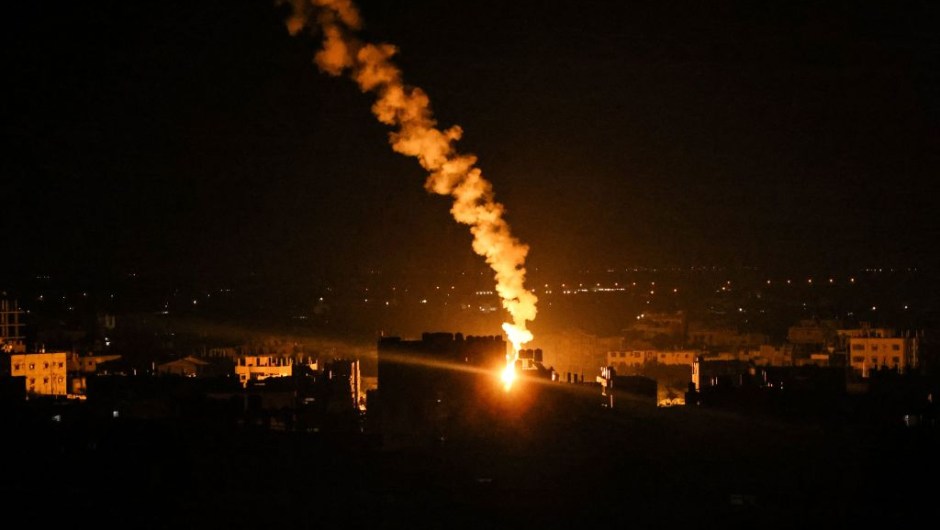 Editor’s note: Jorge Dávila Miguel has a degree in Journalism since 1973 and has maintained a continuous career in his profession to date. He has postgraduate degrees in Social Information Sciences and Social Media, as well as post-university studies in International Relations, Political Economy and Latin American History. Currently, Dávila Miguel is a columnist for El Nuevo Herald, on the McClatchy network, and a political analyst and columnist for CNN en Español. The comments expressed in this column belong exclusively to the author. See more at cnne.com/opinion

(CNN Spanish) – Hamas rockets continue to hit Jerusalem and other cities in Israel. The Iron Dome, the Israeli anti-missile system, defends them; Israeli fighters bomb Gaza. They completely demolished a thirteen-story building and also four well-marked buildings of the United Nations Refugee Program. They demolished the building where the Associated Press (AP) and Al Jazeera press offices were located. The AP asks the Israel Defense Forces (IDF) for proof of their reasons for the destruction. But only the cold count of the dead stands out, which favors the Israelis: about 212 Palestinians killed against 10 Jews. Among them children, one on the Israeli side and 61 on the Palestinian side. Israel’s advanced military technology is winning in the armed conflict.

In all, more than 52,000 Palestinians have been displaced by airstrikes that have destroyed or severely damaged hundreds of buildings in Gaza, says the United Nations Office for the Coordination of Humanitarian Affairs. Amnesty International has said that these attacks on residential neighborhoods may constitute war crimes.

It all started with attempts to evict four families in the Palestinian neighborhood of Sheikh Jarrah, in East Jerusalem. Since 1948, the division of Jerusalem meant that Palestinians living in the west and Jews living in the east had to leave their homes, but two new laws, the Absentee Property Law and the Legal and Administrative Law, ratified. By Israeli justice, it gives Jews the right to claim old property in the Arab quarter, a right to claim that is not equally afforded to Palestinians who owned property in the present Jewish quarter.

By the way, this law is still under appeal before the constitutional court of Israel, but they did not wait for its result. The stones, the stinking water and the repression did not wait for the appeal to be decided, nor for the Muslim holy month of Ramadan to end: the Israeli police arrived at the Al Aqsa mosque and attacked the Muslim faithful in its celebration.

Those two events were the preamble to the current conflict between the Palestinians and Israelis, a conflict that could escalate into a full-scale war and even involve other states. And the property conflict in Sheikh Jarrah symbolizes a strategic objective of Israel: it wants to make Jerusalem more Jewish, because Israel considers the entire city as its capital, although that is not accepted by most of the international community, but by The United States since the government of Donald Trump, which did recognize it.

When could Israel’s attacks on Gaza end? 1:07

Israel lives in a constant racial or ethnic-religious segregation, because there Palestinians and Jews do not mix in the neighborhoods. And all of this was further complicated when the partition of Jerusalem ceased in 1967, after the Six Day War. So Jordan lost control of East Jerusalem. In June of that year, the Israeli state occupied the entire city, until then under a Jordanian mandate and, since then, considered by international law as an occupied territory. But due to a law recently ratified by the courts for East Jerusalem, the Jewish owner has the right to evict a property in East Jerusalem.

This segregation only tends to grow, with overtones of ethnic cleansing because the Government of Benjamin Netanyahu continues to promote the buildings of Jews in Palestinian territory, with the consequent displacement of the latter population to other areas. And with the new application of this law, which would allow Jews to claim property in East Jerusalem, it would evict Palestinian residents even more.

The conflict between the two peoples, the two religions, but two cousins ​​–– since both Arabs and Jews descend from the same patriarch, Abraham, the first to arrive in what is today the disputed territory–– has no solution to the problem. sight. Not this conflict, which would presumably end with an Israeli victory or a convenient ceasefire and a truce until the new conflict breaks out, but the real one, the fundamental war, that of Hamas that does not recognize the State of Israel, and that of Israel. whose course is to move further and further away from the two-state solution, one Israeli and the other Palestinian. Living like good cousins, side by side. Sharing the hummus, like good neighbors.

This war changed the Middle East and only lasted 6 days 3:21

But nothing could be further from the truth in those who respectively send each litter of cousins. Those who live off power, fed by unshakable ideals or political conveniences, as is the case of Benjamin Netanyahu. Netanyahu’s political power was on the verge of reeling again due to accusations of corruption and Hamas rockets may have come to save him. Like Hamas, which launched the attack without calculating that more than 200 Palestinians, including children and the elderly, would die and God knows how many are missing.

A battle can be won, a war too, but peace and justice are the most arduous battles, and history depends on their victories. What will history say of who wins the military battles, but loses those of justice?

1 thought on “OPINION | Conflict between Israelis and Palestinians: who wins power and justice?”