Fantastic news from Tokyo: Alena Kánová fights in the finals for another gold for Slovakia – Sports

TOKYO – Slovak parastol tennis player Alena Kánová advanced to the finals at the Paralympic Games in Tokyo after a 3: 1 victory over Korean Lee Mi-gyu. He will play for gold on Sunday at 9.45 CEST.

Kánová will add a fifth medal to her collection. In Sydney 2000 she enjoyed the most precious metal, from Athens 2004 she brought silver and won bronze in Beijing 2008 and London 2012. She had the medal security after a quarter-final 3-0 victory over Sweden’s Anna Carin Ahlquist, as she is not playing for third place in Tokyo.

“The start of the tournament was bad, but then I started. My form is graduating and I’m glad I got into the battle for gold.” quoted Kánová’s official website of the Slovak Paralympic Committee. The Slovak is the only European in the top four in her category of disability. “And I didn’t sleep at night. Around midnight, my coach and I discussed tactics for the Korean woman,” admitted. 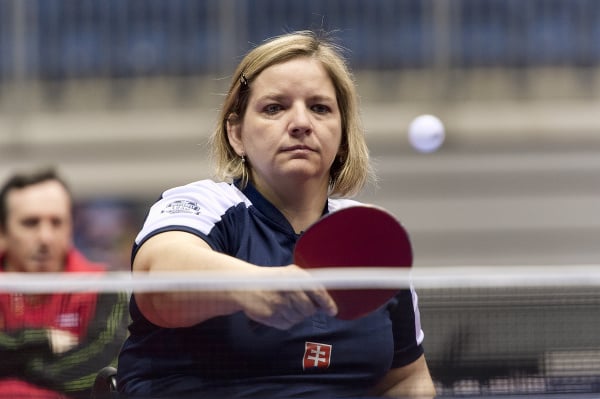 When the Korean woman lost the first two sets, she changed her tactics and in the third allowed Slovakia to play only two balls. She also started the fourth set better, but Kánová did not let her lead and finally grabbed him in her favor. “She ran quite high in the third one, I couldn’t catch up with her. That’s why I knew I had to handle the fourth set. The fifth would be nerve-wracking. , ” described the course of the semifinals of the Slovak national team.

In the final, her opponent is waiting for her, who deprived her of the opportunity to fight for medals at the previous Paralympics in Rio 2016. “I lost narrowly, 2: 3. I was sorry for a long time, because I already wanted to play for medals in Brazil,” he mentions an unfortunate loss. The Chinese will be a tough nut to crack. “I’ll see how I sleep, I can rest and whether my form and concentration will last. But I’ll fight and do my best.” promises Kánová.

Previous articlePSG, FC Barcelona, ​​Real Madrid: Cristiano Ronaldo is talking about him alongside Messi and Mbappé – Goal! Football club
Next articleMacron’s visit to Baghdad: a “conference of neighbors” for the stability of Iraq and the region – archyde

The leader of Assu 2000 was indicted for "trafficking in human beings" and "rape of a minor" after the...

(Adnkronos) - On Discovery + the first docu-series on HIV, to break down the “Invisible Stigma”. Fismad, after...

The leader of Assu 2000 was indicted for "trafficking...
World