They closed one of the fastest tracks in the world: People’s bones cracked on it – Dromedár.sk

Fuji-Q Highland Amusement Park is one of the most visited in Japan due to the magnificent views of Mount Fuji, as well as many adrenaline attractions. But now he had to close one roller coaster – people broke their bones.

In Japan, they had to close one of the world’s fastest tracks, called Do-Dodonpa. According to initial findings, some visitors appear to have suffered back fractures, possibly due to high speed and consequent congestion. Trolleys on the track can accelerate from zero to 180 kilometers per hour in 1.56 seconds.

The amusement park in the town of Fuji Yoshida at the foot of Japan’s most famous hill, Fuji, has already issued an official statement, according to which the 1,244 meter long track will be closed indefinitely. “due to security clearance“. From December 2020 to August 2021, it was supposed to injure four people, although the park adds that “the link between injuries and amusement machines has not yet been confirmed“. 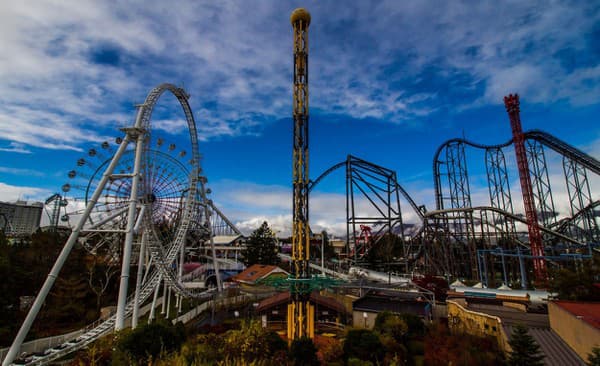 Representatives also noted that in 20 years of operation they have not registered anything similar. However, an inspection of the system so far has not revealed any damage that could explain the accidents. Professor of Architecture Naoya Miyasato, cited by the Vice portal, however, came up with the theory that the problem may be in how people sit. “Ideally, they should not have free space between the backrest and the seat. If they sit incorrectly, amusement park staff should alert them.“

According to the government of Yamanshi Prefecture, where Fuji-Q Park is located, both men and women between the ages of 30 and 50 were injured. All had serious injuries, including fractures of the cervical and thoracic spines, which may require up to three months in hospital.

Previous articleSlovakia won the third medal in Tokyo: Parastolist tennis player Kánová will add the fifth metal to the collection! – Sports
Next articleAfghanistan, Claudi and Pontecorvo in Italy: Di Maio welcomes them – Video

(Adnkronos) - According to British intelligence, the next step would be advancing across the Siverskyy Donets River

(Adnkronos) - According to British intelligence, the next step...
World

The former president spoke at the annual convention of...