Slovakia a step away from the Beijing Olympics: In Bratislava we did not give the Poles any chance! – Sports

BRATISLAVA – Slovak hockey representatives also won in their second match at the final tournament of the Olympic qualification in Bratislava. On Friday, they clearly defeated Poland 5: 1 and lead the D-group with a full number of 6 points. In the final duel, they will encounter Belarus on Sunday (5.30 pm), while they will have enough points to advance to the 2022 Olympic Games, ie to bring the duel into overtime.

The Slovaks started actively, dictating the pace of the game from the beginning and employing the opponent with combinations. However, he carefully defended his pre-goal area and most of the shots were aimed at Murray from a distance. The home team managed to overcome the Polish wall in the 9th minute, after Čerešňák’s shot the puck returned in front of the Ružička goal and the disoriented Wanacki knocked him behind the line with a skate – 1: 0. The Poles complained about the offside, but failed with the “challenge” and the main arbiter, after consulting with the video referee, acknowledged the goal. The Slovaks allowed the opponent to threaten more significantly only during his power play, in the 14th minute Konrád hit his shoulder at the backhand end of Pasiuta. The home team dominated, only the great Murray kept the Poles afloat. In the 15th minute, he performed a lightning-fast intervention with a shot by Dan after a quick renumbering, in the Slovak power play he neutralized Hudáček’s chance, with a shot by Slafkovsky he was saved by a throat and at the end of the third he also caught Hrivík. 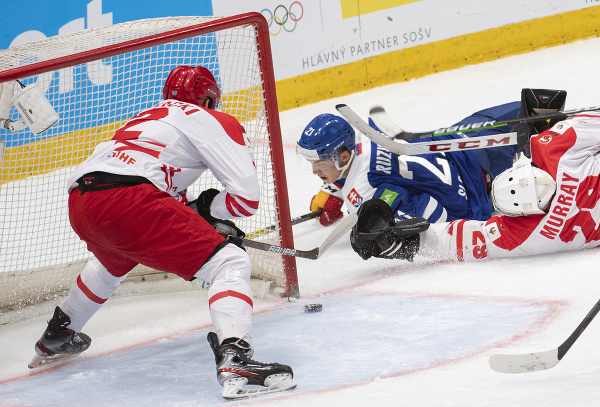 The home team relented their pressure in the second period and were rewarded with more goals. In the 25th minute, Čerešňák extended Hudáček with a diagonal waist on the left side, which he skated between the circles and increased the shot to 2: 0. Immediately, Slafkovský found Roman completely free from the mantinel, who overcame Murray in cold-blooded backhand. The Poles responded in the middle of the match when Pospíšil was eliminated, Dziubinski reduced the shot to Konrád’s rash. Ramsay’s charges did not derail and continued to crush the opponent. Daňo was close to the fourth goal after a backhand shot. The Poles threatened only sporadically, in the 32nd minute Zygmunt pushed through Cehlárik, but Konrád did not overcome. In the 33rd minute, the Slovaks prevailed in the power play for the first time in the tournament, after Hudáček’s cross pass, Cehlárik aimed exactly at the more distant field – 4: 1. The Poles were no longer able to dampen the Slovak pressure and at times they could not even throw the puck out of the defensive zone, Pospíšil and Lantoši had the fifth goal on hockey sticks.

In the third part, the Slovaks were able to control what was happening on the ice. Studenič could increase the lead over the difference of four goals after a cheeky penetration, it was not until Ružiček who managed to puck the puck into the net after Pospíšil’s throw. The goal had to be confirmed by the scorer. In the 50th minute, Ružička was close to the hat-trick, the goalkeeper Murray was against. Lantoši and Čerešňák had another chance to increase their lead, Gernát’s knocked down shot ended up on the goalpost, but the score did not change. The Slovaks finished the duel at a leisurely pace and after the 5: 1 victory they scored three more points in the table. 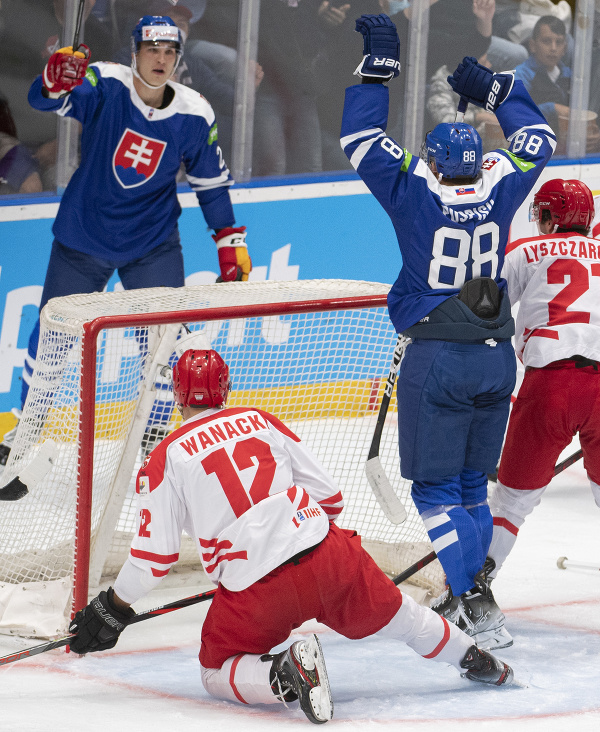 Previous articleChloe is appointed principal and Charlie escapes indictment – Tomorrow belongs to us August 30, 2021 (episode 1002) – News-Tele.com
Next articleEgyptian scientists discover fossil of quadrupedal whale that lived on land and at sea – Demotivator

The Un Certain Regard prize, which focuses on "author...
World

Nine other climbers were injured by falling large blocks...