Weiss did not want to disassemble the red card, but … The referee had no feeling for the game – Sports

BRATISLAVA – ŠK Slovan Bratislava footballers did not make it to the group stage of the European League, but in the domestic rematch of the playoffs, they earned applause from their fans. On Thursday, they drew Piraeus 2: 2 with Olympiakos, together with the loss of 0: 3 in the opening match on the opponent’s ground, they will present themselves in the main part of the European Conference League.

The performance of the players was also appreciated by the coach Vladimír Weiss st. “This match cost us a lot of strength. But you have to feel good about such a game and keep your head up. I rarely praise, but this time I praised the players and thanked me for being proud of what they did for the club in this match. There was also a lot of quality, not only fighting spirit. Everyone played great, I wouldn’t like to pick someone up. It was the best match under our leadership so far. We had the first chance, it’s a pity, maybe it would have developed differently if it didn’t end up on the pole. Thank you to the spectators for a great backdrop and for that they applauded the players, which I was very happy about, “ said Weiss st. on the official club website.

His charges lost twice and from the 26th minute they had to do without the excluded defender Vernon de Marc. Nevertheless, they managed to equalize twice and at least played a conciliatory result with the reigning Greek champion. Ezekiel Henty and Andre Green deserved the shooting. “We had an unfortunate entry into the match. We wanted to play actively, highly attacked, the plan was to lead by a goal over half time. Unfortunately we lost, we got a red card, but we returned to the match. I consciously praised the players club – with heart and quality, before the match I told the players to play so that people were happy, which, I think, succeeded in. Hat down for playing such a duel against a great opponent at ten. “I’m satisfied, the players deserve praise for a good performance, there were chances, but also mistakes. We get terribly cheap goals while we stick to ours, and it costs a lot of strength. I have to congratulate the opponent on the progress.” added Weiss Sr., according to which the red card was too cruel for a naturalized Slovak: “Vernon’s disqualification was unfortunate, he went to finish the fight and his leg escaped. We completely missed the field, his standing leg slipped. Although it was an offensive foul that can be called unnecessary, but I can’t blame him in combat. He will definitely learn. I can’t comment on the referees, but I will say my opinion. It was definitely a yellow card, but a referee with a feeling for the game would let us live, but he didn’t have that feeling for the game. “ 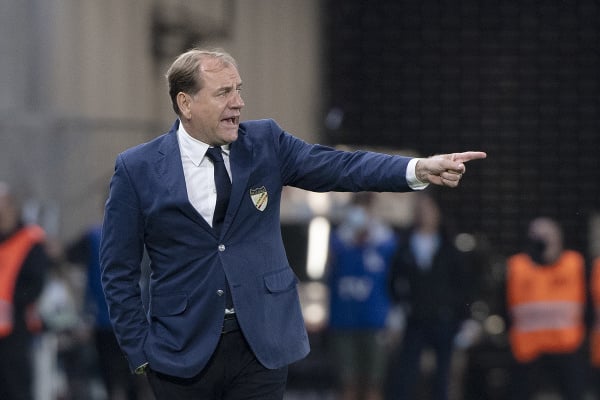 At the end of regular playing time, David Strelec started. The home coach confirmed that this was the last appearance of the 20-year-old striker in a white jersey. He is headed to Spezia, Italy, from where Slovan would like to get another Slovak, Samuel Mráz, in exchange. He transferred to the Serie A club only this summer from Empoli, the previous year he completed his guest appearances in the Polish team Zaglebie Lubin.

Photo gallery for the article
Number of photos: 9

Čaputová literally shone at the NATO summit in Madrid – Pluska.sk

A verdict rendered in about fifty minutes. In front of a full house, after 148 days of hearing,...

Čaputová literally shone at the NATO summit in Madrid – Pluska.sk

A verdict rendered in about fifty minutes. In...
World