Update the article
Last updated before …

In 2017, 42 Union policyholders underwent a preventive examination, last year only 28 percent. Although it is primarily about health, honest visits to preventive check-ups also have a financial dimension.

“Those who do not go for prevention must, according to the law, pay for dental caries in the next calendar year on their own,” a spokeswoman for the Union warned.

11:11 SLOVAKIA – The coronavirus stopped traveling 1.4 million Slovaks, less than half had a holiday.

Only 43% of the population enjoyed a holiday stay. Slovaks, who traveled several times a year before the pandemic, counted the number of trips and chose almost exclusively from domestic destinations. Last year, 76% of them completed an exclusive stay in Slovakia, before the coronary crisis it was about 40%. The Statistical Office informed about it.

The pandemic significantly dampened people’s travel for personal use. The number of people over the age of 15 who took part in at least one overnight stay fell by 42% last year. About 1.4 million people who traveled before the pandemic thus gave up any travel.

“The reasons why people did not travel have also changed. The predominant reason in 2020 was the safety concern currently associated with the spread of the COVID-19 pandemic, “said Veronika Töröková, Director of the Department of Methodology and Synthesis of Business Statistics at the Statistical Office.

10:00 SLOVAKIA – PCR tests revealed 161 infected people, this is the largest daily increase since May 26.

The laboratories performed 5,931 PCR assays. 31 antigen tests were positive, 7 495 tests of this type were performed.

No other people succumbed to the coronavirus. The number of confirmed victims is 12,547.

There are still 71 patients in hospitals, 47 of whom have confirmed the disease. There are 8 patients at JIS, 4 people need the support of artificial lung ventilation.

In the last week, the number has tested positive for delta variant 158 ​​samples out of a total of 160 sequenced samples. This represents 98.8% representation.

8:40 WORLD The number of children hospitalized with coronavirus continues to rise in the United States. Doctors warn that the situation will worsen during the school year. An average of 303 children a day ended up in hospitals last week, according to statistics from the Center for Disease Prevention and Control.

Most hospitalized people became infected with the delta variant, which does not worsen the course of the disease in children, said Sunitha Kaiser, a San Francisco pediatrician.

“We only have data on the delta from the last six to eight weeks, so it’s still changing. So far, we know that it acts on our bodies like other infections, it also gets into the body and causes similar symptoms as previous variants,” Kaiser said.

According to her, the best known protection is vaccination, even of children, because it protects against hospitalization and the difficult course of covid.

8:33 WORLD In the Czech Republic on Wednesday confirmed 247 positive at coronaviruswhich is three cases less than the day before.

Hospitalizations increased slightly, according to the Ministry of Health There are 67 patients in hospitals.

6:54 WORLD The Australian state of New South Wales today announced an increase of more than a thousand new local cases of coronavirus, the highest since the start of the pandemic.

In New South Wales, which includes Sydney’s most populous city, a record 1,029 covide-infected people have arrived in 24 hours.

More than half of Australia’s 25 million people have been living in a strict lockdown for weeks. 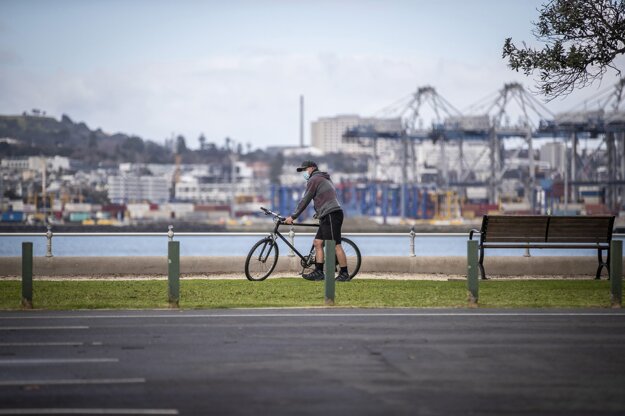 More than half of Australia’s population lives in a strict lockdown. (source: TASR / AP)

6:44 WORLD Japan suspends the use of 1.63 million doses of coronavirus vaccines from Moderna. The reason is reports of contamination of doses from several production batches >>>> 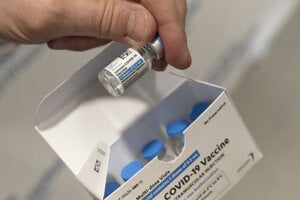 Related article The second dose of Janssen will multiply the antibodies, says the manufacturer Read

According to AFP, these claims are based on two as yet unreviewed studies.

According to the US Center for Disease Control and Prevention, it expects to require a second, booster dose of J&J in the future, but plans to wait for more data first.

6:00 WORLD Students and teachers in Austria they will have to be tested three times a week during the first 21 days of the new school year, regardless of whether they are vaccinated.

According to the Minister of Education, the measure in question is the first step, after which anti-pandemic measures will be set depending on the incidence of those infected in individual regions.

All about coronavirus and COVID-19 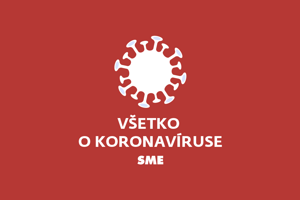