HC Slovan Bratislava in Europe after 9 years, Sersen: I believe it will move us somewhere – Sports

BRATISLAVA – In the new edition of the Champions Hockey League, after a one-year hiatus due to a coronavirus pandemic, 32 teams from 13 leagues and 14 European countries will present 125 matches. Slovak hockey will be represented in it by HC Slovan Bratislava, which is returning to the European club scene after nine years. The competition will start on Thursday, August 26, and will culminate in a final match on March 1, 2022.

Slovan will perform in the prestigious competition thanks to the free card he received from the organizers. “One of the goals of the CHL is to offer participation in the Champions League for renowned clubs through the system of so-called free cards and thus contribute to the development of European club hockey by having the competition as diverse internationally as possible. Slovakia, a country with a rich tradition that has brought up many top players in world hockey, “ stated by the CHL Council.

We want to show ourselves in a good light

The season will be opened by the reigning champion Frölund Göteborg, who will present himself on the ice of BK Mladá Boleslav in the opening match. Slovan will play in an attractive F-group against the Czech champion HC Oceláři Třinec, the Swiss Friborg-Gottéron and the Swedish Leksand. Róbert Döme’s charges will start in Sweden on August 27 at the earliest, and two days later they will perform on the ice of the Swiss team.

“Nothing awaits us in Sweden, Leksand belongs to the top and top hockey is played there in Europe. But we don’t give them anything for free, we want to show ourselves in a good light. It will be good for us also in terms of experience. Nothing easy awaits us. in Friborg, they have a great team. I believe it will move us somewhere. But we also want to bring good results. ” said Slavic captain Michal Sersen. 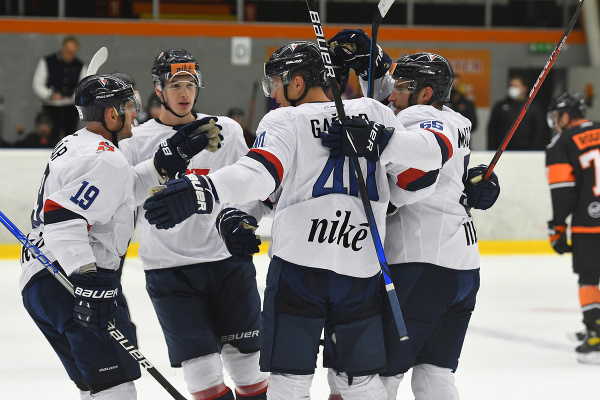 In order for the CHL to be prepared for any eventualities that may come with the Covid-19 virus, it has decided to adjust its rules for the 2021/2022 season. To qualify for the playoffs, teams must play at least 50 percent of their matches in the group stage.

Six teams from five countries will make their LM debut. For Sweden, these are Rögle Ängelholm and Leksands IF, then Pinguins Bremerhaven from Germany, JKH GKS Jastrzebie from Poland and, in addition to Slavs, the Ukrainian HC Donbass. The representative of Ukraine will be in this competition for the first time. The rewards this season are a total of 3.31 million euros. Each club that presents in the group stage will receive 60,000 euros, there is additional funding for advancing to the playoffs.

The group phase will start on August 26 and end on October 13. They divided a total of 32 participants into eight groups of four and each will play six matches. Teams that place first and second in the table will advance to the playoffs. The matches of the first round of the knockout will be drawn on October 15.

Slovan presented itself in the international club competition in 2011 and 2012, when it was the only Slovak team in the European Trophy. In December 2012, together with Vienna, he was also the co-organizer of the final tournament, in which the Swedish club Lulea HF won. Slovan was eliminated in the quarterfinals after losing to another Swedish team, Färjestad BK 1: 4.

Slovan is also the holder of the best placement of the Slovak team in the Champions League. In January 2008, he placed 3rd at the final Super Six tournament in St. Petersburg. At that time, the winners of six European leagues (Russia, Sweden, Slovakia, Finland, the Czech Republic, Switzerland) played in the tournament in Russia.

The “whites” have had great results in training. The A-team defeated Vienna Capitals 6: 2, Klagenfurt 5: 1, with the same result they also won over Michalovce and at the end Slovan defeated Košice 2: 1. “It’s hard to judge yet, but the results are happy. But we don’t want to underestimate them. We won a tournament where we beat good teams, but this will be one level higher. Practically the season is starting for us now,” added Sersen. 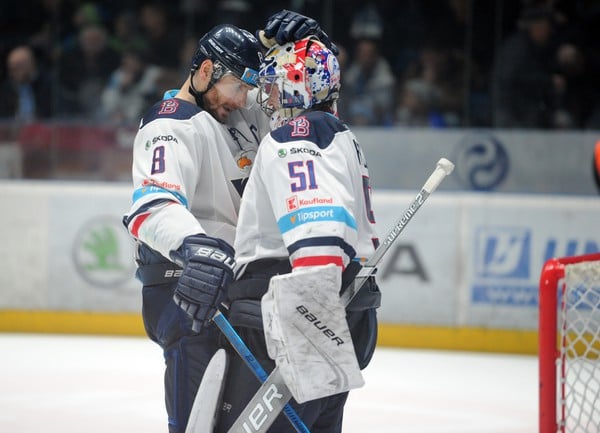 The first year of the new Champions League format took place in the 2014/2015 season. The Swedish Lulea triumphed in it, the next two years became the prey of another Swedish team Frölund. In 2018, the Finnish team JYP Jyväskylä triumphed and then Frölunda twice again. Slovak clubs presented themselves in the competition every year.

In the first year, Košice took 3rd place in the basic group. In the next two years, Nitra also played in LM Košice. “Corgoni” did not advance from the group in 2016, the people of Košice were eliminated in the 1st round of the playoffs. A year later, both clubs ended their activities in the competition also in the 1st round of the knockout. In the next three years, Banská Bystrica presented itself, always finishing in 4th place in the group.

Previous articleBanfi’s ‘porca pu..ena’ sets the Moige on fire
Next articleSerena Williams, 23-time Grand Slam champion, will miss the US Open with a muscle injury

This is how they celebrate LGBTQ pride month in...
World

The period is trying for Clémentine Sarlat and her...