What did you think when US President Joe Biden announced that the last US soldier would withdraw from Afghanistan by September 11 this year and when he said he considered it unlikely that the Taliban would take control of the country?

First of all, I would like to remind you that the Americans were negotiating a ceasefire with the Taliban when the White House chief was still Donald Trump. He promised that US troops would withdraw from Afghanistan if the radical movement stopped attacking government troops and entered into negotiations to participate in the exercise of state power. NATO Secretary General Jens Stoltenberg noted in autumn 2020 that the Allies are united in leaving Afghanistan together.

The very decision to withdraw from there is the right one. We found ourselves there in a situation where we could no longer change the balance of power in the country. I would like to point out that since 2014, the Allies have not been on a combat mission in Afghanistan. This means that we did not deal directly with combat operations, we focused on consulting. It was a support mission. The Americans retained some of their fighting power, but it served to protect themselves.

If the US occasionally engaged in attacks, it was only if they sent planes that government troops needed help in the conflict with the Taliban. I repeat that the decision to leave was rational and legitimate, but it was a question of how the departure of Allied troops was carried out. Trump has set a deadline for May this year. However, the Taliban continued to attack in the meantime. Trump’s government has therefore made it clear that it reserves the right to support Afghan partners with tough force. And now I can get an answer to the question itself.

The change came when Biden became the new president. He said that based on the recommendations of military experts, the departure from Afghanistan would be longer. Meanwhile, negotiations between the United States and the Taliban continued in Qatar. What I blame on Biden and the North Atlantic Alliance is that, despite the fact that the talks in Qatar were not over, the Americans and NATO as a whole announced in April this year that we were leaving Afghanistan with a view to the 20th anniversary of the US terrorist attacks. everyone at home.

Following this announcement, the Taliban increased the intensity of its attacks. The Allies were to emphatically tell the Taliban that if they did not return to the negotiating table and stop attacking, then we could change our minds. Unfortunately, this did not happen. And the confidence of the Afghan forces began to wane, because they saw that the Allies were leaving no matter what was going on in their country. There was pressure on the military and political leaders in the provinces, as they faced a difficult choice, whether they wanted to go to a difficult war against the Taliban, when they could no longer count on the support of foreign troops.

Did the Allies make a mistake with the download timing? The Taliban are always used to escalating attacks after the end of winter, when his spring offensive comes. If they left sometime in the fall of this year, they would give Afghan forces five to six months to prepare for the envisaged enemy attack in the spring of 2022.

You will not go back in time. What happened, unfortunately, happened. The fact is that the seasons and climatic conditions dictate the profile of combat operations. During the winter, you can only fight in cities, nowhere else. It looks completely different in the summer. The reasoning you mentioned works right, but the main problem was leaving without coordination with the Afghan Government. At the same time, the Taliban were underestimated – not only militarily, but also in building its alliances. If he did not have such cover, there would be no such quick political-military reversal.

The branch below was cut by the Afghans themselves, because they had a big problem staying in the army. It is said that many have deserted. Even every year, about a quarter of new soldiers had to be recruited.

I encountered cases of desertion while working in Afghanistan. Soldiers weren’t well paid, that’s one thing. The second thing is that many of those who have not yet been trained would rather evaporate than follow orders when they suddenly went hard. 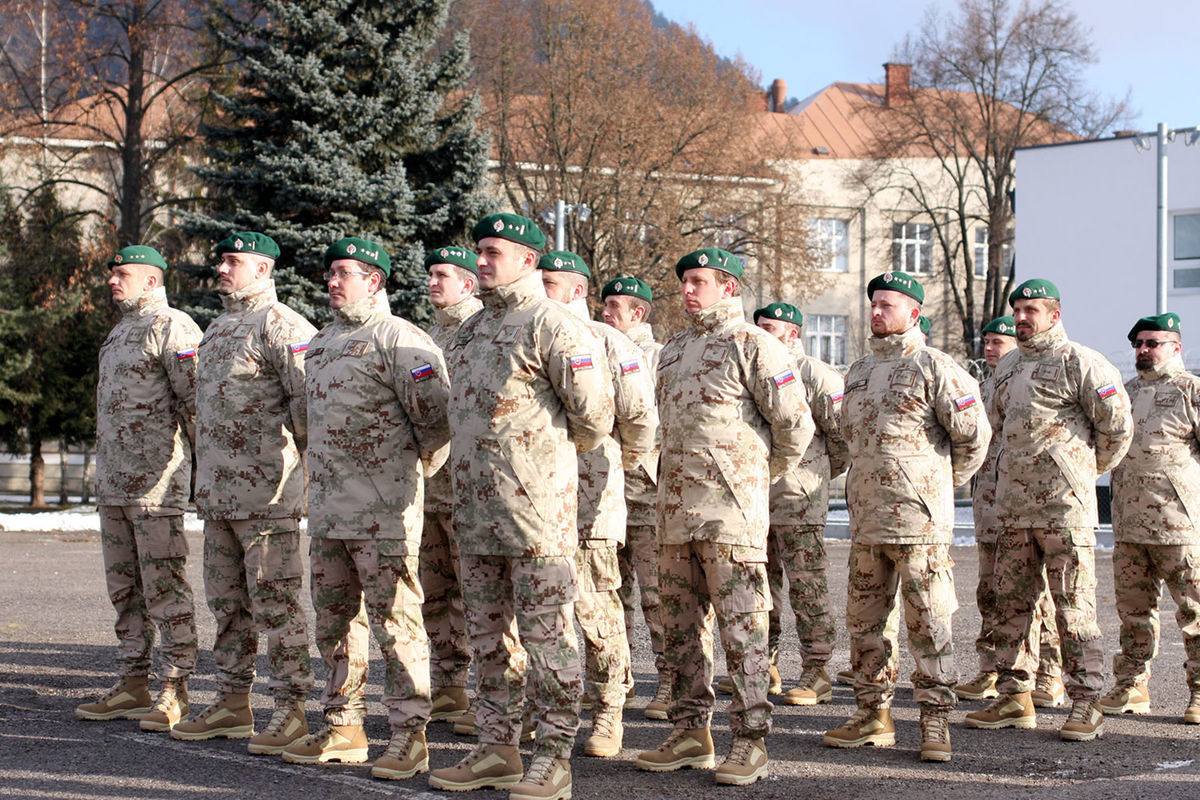 Slovak soldiers, mission, Afghanistan Part of Slovak soldiers who took part in an international mission in Afghanistan. The picture is from December 2016 before their departure from Slovakia.

Undoubtedly, the problem was also in remuneration. When I visited Afghanistan as a journalist around 2008, I learned that a soldier earns less than $ 100 a month and a police officer even less. Couldn’t they have paid better? Because the Taliban forced them $ 300, luring them to move to the other side.

Wages in the army and in the police were and remained a problem. However, Afghanistan is one of the poorest countries in the world. He can’t even make money on his civilian administration. Economically, the state is in a very difficult situation. When I worked there, the Afghans grew pistachios, but they did not have packaging equipment. So they exported pistachios to Pakistan, where they packed them and exported them to Europe. The Afghan farmer had a few small crops to barely survive. Pakistanis earned more, but European importers gained the most, selling pistachios tenfold. Financial resources for the salaries of soldiers and police flowed to Afghanistan from abroad, but part of the money did not reach them. They ended up in some private accounts or in home safes.

Afghanistan is one of the poorest countries in the world. He can’t even make money on his civilian administration.

What makes Afghanistan interesting to the powers in the East? It is not just about Russia, but also about China.

Afghanistan is a country with huge potential mineral wealth that is still untapped. China owns most of the rights to significant deposits. Russia is a regional player with interests in Central Asia. Both Moscow and Beijing are comfortable with the bad image of the West in the event of failure in Afghanistan.

The Chinese from an economic point of view and the Russians explicitly from a geopolitical, military-strategic point of view in promoting their own interests. Certainly none of them will cry over the failure of the West in Afghanistan. On the other hand, neither Russia nor China is interested in significantly destabilizing Afghanistan. It could spill over to them. China has a large Muslim minority of Uighurs, so Beijing would certainly not be comfortable with a radical Afghan regime. This would hinder Russia because of the destabilization of the Central Asian regimes that are related to it. Not to mention that many Muslims live on Russian territory.

Both the Russians and the Chinese need a relatively stable Afghanistan. It would be useful for both Moscow and Beijing for the Taliban to stabilize Afghanistan, albeit at the cost of human rights abuses on its territory, so that they would not have adverse security implications. Beijing needs what is hidden underground in Afghanistan. China is the largest consumer of minerals in the world and their imports from there are geographically closer to it than from Africa. 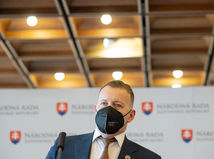 Read more Kollár: We are a family will not allow to increase the number of accepted Afghans

The first reactions of coalition politicians in Slovakia revealed that they did not agree on how many Afghans we were to accept. Some claim that ten people are up-to-date, some believe that it is a small number.

I’m sad about that. Not because I’m a total human being in relation to Afghans who feel they need help, but I’m sad to hear how the problem is communicated and what the overall view looks like. We went to Afghanistan for clear reasons. We can discuss whether the tactics were better or worse, but we chose there together with the other allies. Let no one in Slovakia pretend that terrorism does not affect us, despite the fact that the assassinations did not take place on our territory.

On the one hand, terror has affected the environment in which we find ourselves civilically and culturally, and on the other hand, it has affected the countries to which we export our products. It is a mistake to look for alibism, to point the finger at others, so that only they can actually take endangered Afghans together. Let’s talk calmly about what could have been done in Afghanistan during the international operation, let’s learn from the wrong things, but it is very bad for anyone to want to put people in danger at the mercy. It tells us what an ally we are.

It is very unfair to say that everything was caused by one country. It should be reminded to our politicians that we went to the mission in Afghanistan voluntarily and in good faith, while Slovakia set strong limits in it. She didn’t want to smear her hands. On the contrary, one partner, the strongest, did what he knew. We can criticize him for various steps, but we cannot throw all the blame on him. I emphasize that these are not potential economic migrants, but would be exclusively political asylum seekers. Apparently they are normal and skilful people, when we were able to cooperate with these Afghans in an international operation.

I do not want to see any mass wave of migration in Slovakia, but to declare that ten people is the maximum, with the ally who caused it to take care of the Afghans, which is too arrogant in relation to our partners. Then they could easily ask why we did not immediately join the mission and also why not on a larger scale.

How did the allies of Slovak soldiers in Afghanistan rate it? You had the opportunity to hear it for yourself because you worked there.

They were extremely satisfied with their work. And I’m talking about everyone – no matter where they were placed. Let’s not underestimate the soldier who served “only” in the base area. His tasks were limited by the mandate of our mission provided by the National Council of the Slovak Republic. I was very pleased when one Allied Commander highly appreciated the cooperation of members of our special forces with the Afghan forces. He set them as an example to others. I am very sorry when some politicians in Slovakia denigrate our participation in Afghanistan. They insult their own soldiers, who are still ready to serve their homeland. And they are still embarrassing themselves because they were making decisions when Slovakia sent its troops to Afghanistan. I conclude my answer by being proud of our soldiers and looking like our allies. 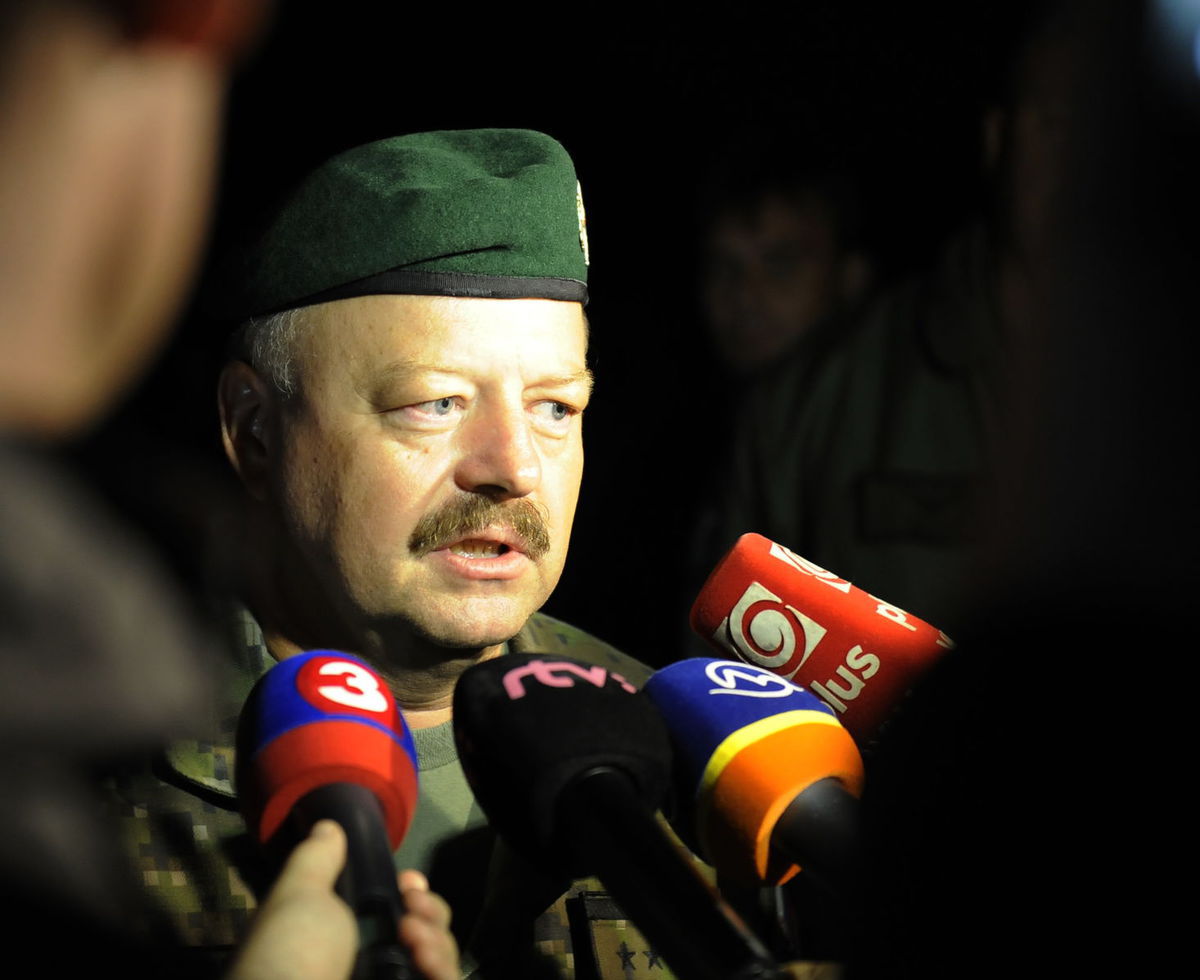 Pavel Macko in a picture from July 2015, when he served in the Slovak army. At that time in the rank of major general, he was later promoted to lieutenant general. Author: SITA, Štefan Madaras