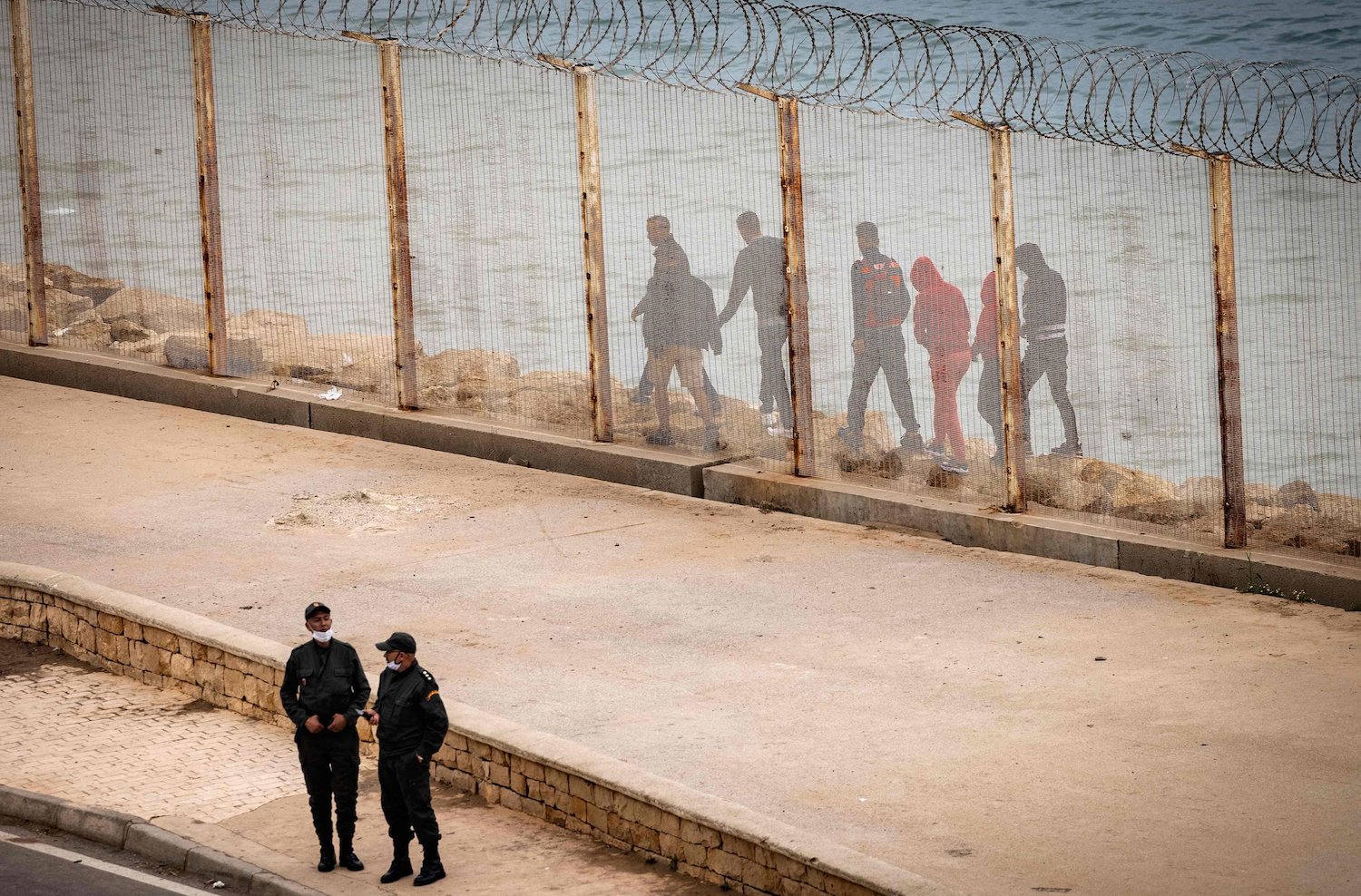 (CNN Spanish) – Thousands of migrants from Morocco jumped into the water on Monday and swam to the Spanish enclave of Ceuta, in North Africa. This is the largest influx of illegal immigration to this place in a single day, a spokesman for the Spanish government told CNN.

Thousands of immigrants who tried to enter Spain have been returned, according to Spanish authorities.

This is what we know about the wave of migration to Ceuta.

Thousands jump into the water from Morocco to Ceuta

Some 6,000 migrants from Morocco have swam to the Spanish enclave of Ceuta in North Africa since Monday, Spanish Interior Minister Fernando Grande-Marlaska said Tuesday.

Spanish authorities say some 2,700 migrants have already been returned to Morocco.

According to the Spanish authorities, this is the largest influx of illegal immigration there in a single day.

The migrants swam from two locations, some entering the south of Ceuta at Tarajal beach, and a larger group entering the north of the city at Benzu beach, a Spanish government spokesperson in Ceuta told CNN.

A man drowned in the process, the spokesman added.

In both places, the migrants swam around rocky breakwaters that jut out into the Mediterranean and mark the border between the countries. The spokesperson said it was a short distance in each case.

“I have never seen a situation like this, it is unprecedented, I have never felt so frustrated and sad,” the president of Ceuta, Juan Jesús Vivas, told Spanish broadcaster TVE on Tuesday.

“This is a chaotic situation, so chaotic that we cannot say the exact number of migrants at this time,” he added. “We need to gather everyone who has arrived and locate them in a specific place, so that they are not just wandering the border.”

The President of the Spanish Government, Pedro Sánchez, travels this Tuesday to the two enclaves of his country on the north coast of Morocco: Ceuta and the city of Melilla, which is further east.

Arrive to #Ceuta of the President of the Government, @sanchezcastejon @desdelamoncloa
After attending the local authorities, he will go to the headquarters of @Ceutagovernment where he will hold a meeting to know first-hand the situation and the measures established in #crisishumanitaria pic.twitter.com/p6pQ7n8R6Y

Sánchez, who promised “to restore order,” and said that Spain will return “immediately” all those who entered illegally, as allowed, he added, by the existing agreements between Spain and Morocco.

The Red Cross has been helping the migrants with dry clothes, blankets and food on Tarajal beach. The spokeswoman for the charity, Isabel Brasero, told Spanish TVE that there were babies among the migrants, and so far all those who made the journey around the breakwater seem to be in good health.

The migrants were probably helped by the favorable weather and the short distance they swam.

Ceuta is an enclave of some 84,000 Spaniards on the north coast of Morocco and, crucial for migrants trying to enter, is on European Union soil.

The several kilometer land border between Ceuta and Morocco has a high fence. It is a flash point for the migration of sub-Saharan Africans trying to enter Spain and the European Union in groups.

Ylva Johansson, Commissioner for the Interior of the European Union, wrote on Twitter that it was “worrying” that so many people, many of them children, put their lives in danger by swimming towards Ceuta.

“The most important thing now is that Morocco continues to bet on avoiding irregular departures and that those who do not have the right to stay are returned in an orderly and effective manner,” he added.

Spain has experienced an increase in the arrival of immigrants to its shores in recent months.

Frontex, the European Border and Coast Guard Agency, says that “more than a thousand irregular migrants arrived in the Canary Islands in April, three times the total for the same month last year.

«In the period January-April, about 4,500 migrants arrived in the Canary Islands, more than double the total for the same period in 2020. Nationals of sub-Saharan countries, the majority claiming to be from Mali and Morocco, represented the largest number of Arrivals”.

1 thought on “Thousands of immigrants swim from Morocco to Ceuta, what is happening in the area?”