At the Paralympic Games, the imbroglio of the classification of athletes: “There will always be injustice” – franceinfo

A swimmer who limps to her water line, two others who arrive in a wheelchair, another by jogging in short strides, a last who removes her artificial legs when settling on the starting block. It is September 8, 2016, in the Olympic swimming pool in Rio, Brazil, for the final of the women’s 400m freestyle in the S8 category at the Paralympic Games.

“I knew the dice were loaded from the start”Danish swimmer Amalie Østergaard told franceinfo, five later. “There were only three swimmers who could really fight for the podium. They knew it and so did we.” In front of her water line, the American Brickelle Bro also ruminates when removing her prosthetic legs: “The physical differences were far too glaring.” Australian Lakeisha Patterson smashed the world record, and only two swimmers finished less than 10 seconds behind. The rest of the competition is lagging behind.

A certain unease settled in the stands when the winner began a lap of honor by running to celebrate her gold medal, while her runner-up, the American Jessica Long, had both legs amputated at birth. Brickelle Bro, finish 7th at 35 seconds: “And I, meanwhile, struggled to get out of the pool, really not gracefully. I was exhausted, my arms couldn’t hold me. I remember waiting for someone to lift me out. water. I still see Lakeisha running towards reporters at that point … The last image of my Paralympic career. “ his father will crack an open letter to the President of the Paralympic Committee. Disgusted. And far from being the only one. “This scene is etched in my memory”, evades Amalie Østergaard, which qualified for the Tokyo Paralympic Games, which kick off on Tuesday, August 24. No illusions about his chances of winning a medal. “Five years later, I think nothing has changed. The classification system is still just as unfair.”

The classification system is the basis of the Paralympic Games. For swimming, the potential of each athlete is rated on a scale of 300 points, in ten classes, ranging from S1 (the most severely disabled athletes, who score only 45 to 60 points out of the 300) to S10 (those which are slightly, between 264 and 286). Can technically be found in the same category of athletes with different disabilities, such as Amalie Østergaard, technically closer to an S7 when her rivals in this Olympic final were close to the S9 level. “We cannot classify in ten categories the panel of all the handicaps that exist, abounds Jean Minier, chef de mission of the French Paralympic delegation. There are bound to be people with an advantage over others. ”

Not to mention the smart kids who flirt with the yellow line, or even do not hesitate to cheat: “Some nations send tired athletes to the evaluations, so that they have a lower score, describes the former classifier Jean-Michel Westelynck. Classifiers pay attention to everything, apart from the pool, how to prepare in the locker room, when to say hello … I remember once, during an aperitif on the sidelines of a competition, an athlete chair that I had filed during the day had risen from her chair when she was not supposed to be able to do it! “

In athletics, we pushed up to 39 categories, with for example 24 different finals for the 100 meters. For broadcasters, this is too much. For athletes, not necessarily enough. “Forty years ago, the categories were fixed according to the handicap of the athletes, we had 30 or 40 finals per event. And in terms of competitiveness, we had categories where there were not many people. Sometimes, three swimmers competed for the order of the podium steps “, relativizes Jean-Michel Westelynck, who also had the cap of patron of the French Paralympic swimming.

To put it simply, some disciplines have been reduced to a single handicap. “In judo, you have a single category which mixes sighted and blind, describes Jean Minier. So the fight certainly begins when the two fighters grabbed each other’s kimono, but it’s been a long time since we’ve seen a visually impaired person on a podium. ” In wheelchair basketball, the Briton George Bates threatened to cut his leg to be admitted to the Games. In vain – and last I heard, he didn’t follow through on his threat.

There are dozens of athletes who consider themselves badly classified. Not all of them express their bitterness in the same way. Canadian skier Yves Bourque, born without legs, took four years to get his times reduced compared to other athletes in his class who could walk. “All these years without performance, it cost me a lot of money, in bonuses, in sponsors”, he regrets, before quantifying this disbursement at 15,000 dollars per year. Same problem in fencing, a category where the Lebanese Elias Seeman has been making his mark for ten years. Tetraplegic, he is playing in category C, but only A and B are on the Tokyo program. “If I manage to reach the quarter-finals of the tournaments of category C, in B, I hardly manage to get out of the pools, he sighs. I had no chance of qualifying, which doesn’t stop me from trying. ”

Classifier Orianne Lopez is delighted that her corporation is increasingly trying to explain to athletes what their real chances are of accessing the Games from an early age, to avoid seeing them sacrifice fifteen years of their lives. “Today, we are trying to redirect athletes who want to shine towards other disciplines where they have more chances. I would have liked to have been told that when I was an athlete. I went to the London Games, I made the 100m final in my category, but I had no chance of winning. For some, it is the main motivation for them. “

Not that of Elias Seeman, lucid about his chances of teasing the Olympic rings one day: “As it stands, category C has nothing to do with the Games. There must be a dozen in the World Cup events, and five or six women. It is not representative, not even necessarily. very beautiful to watch on TV. It’s the Games, it’s not a fair. ” A tightly regulated fair: the contract between the Paralympic Committee and the IOC provides for the holding of 550 events, the presence of 4,000 athletes, not one more. Any addition of a test would result in the deletion of another … 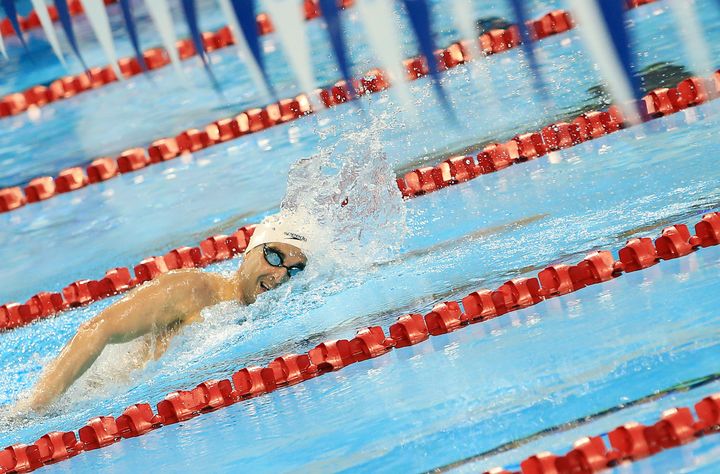 On the other side of the disability spectrum, athletes with only mild disabilities also face suspicion. Become a legend of Paralympic swimming, the Canadian Benoît Huot experienced it again this summer: “I won the Quebec Sports Personality Award in June, people came to me asking ‘Why are you competing in the Paralympic?'” Benoît Huot and his clubfoot became eligible for Paralympic competitions at the end of the 1990s. At the time, appeals from other competitors rained against his inclusion in the Paralympic program. “I had to justify myself for more than ten years to find my place. When I was a teenager, it was extremely difficult. I had not asked for anything. At the end of your career, you forge a shell, you is more mature, we take things less emotionally. “

For athletes who suffer from a progressive handicap, it is necessary to regularly pass in front of a classifier. A formality, most of the time. A drama, sometimes. French swimmer Claire Supiot, who competed in the Seoul Olympics in 1988 before returning to the Paralympic pools after suffering from Charcot-Marie-Tooth disease, was thus upgraded from S8 to S9 … to four months from the deadline. “Obviously, I felt a moment of despondency. Everything collapsed with a word from the classifier. But the discouragement was short-lived. I worked twice as hard.” Use of a shrink, reinforced training, she achieved the minimums during the World Cup in Sheffield (United Kingdom) a few weeks later. If she did not know the fate of swimmer Mallory Weggemann, reclassified on the eve of the London Games (article in English) in 2012 – which is no longer possible today -, “losing faith” in the system, Claire Supiot deplores the brutality of the process. “It’s violent anyway.”

A feeling shared by the aptly named Brazilian swimmer Andre Brasil. The man with 14 Paralympic medals in fifteen years spent breathing in chlorinated water was brutally ejected from the Paralympic categories. Its handicap classification, until then at 285, the upper border of the S10, has been revised to 286. “In my case, it’s S10 or nothing. I have a disability, but I cannot swim against other disabled people, and not against able-bodied at the Olympics. I’m in the gray area between Paralympism and Olympism! “

In question, a classification of a muscle passed from 2 to 3 points by an examiner, who put an abrupt end to his dreams of the Games. His team may have published an article in a specialized journal (in English) pointing to the too great margin of interpretation of the classifiers, nothing helped. “It’s like my career has been erased!” chokes the Brazilian, who has decided not to wear his Paralympic medals around his neck until he is restored to his rights. “Watch the 100-meter freestyle final in Rio, all the athletes hit the wall almost at the same time. Where was the problem? ”

Rest assured, the classification system is not set in stone. “We are heading towards more and more scientific examinations, slides Jean-Michel Westelynck. Researchers are working on a way to measure the body’s resistance in water using computer models, to leave less room for interpretation. But there will always be some form of injustice. “CSome athletes even find that the Paralympic spirit was lost on the way with this medal race between countries. Like British athlete Bethany Woodward, who returned a medal obtained on a relay, after discovering that one of her teammates had been classified very generously.

“Already, athletes among themselves have spotted the panels of classifiers which are more or less generous”, as one would speak of a more severe teacher for oral exams, sighs Orianne Lopez. “A reform of the classification would perhaps involve a smaller number of classifiers. If we went to the end, we would demystify this process for good by lifting medical confidentiality on the reasons for classifying athletes in such and such a category. . But that won’t come into effect at least before the Los Angeles Games, in 2028. ” When the new reform in progress of the classification procedure will be completed …

Previous articleIn this Texas town so many people got COVID-19 that basically everything closed
Next articleThe rebound should continue on the European stock markets – bourseorama.com

Sudden problem, during the 28th lap of the 2022 Spanish GP, for Charles Leclerc's Ferrari which forced the Monegasque...