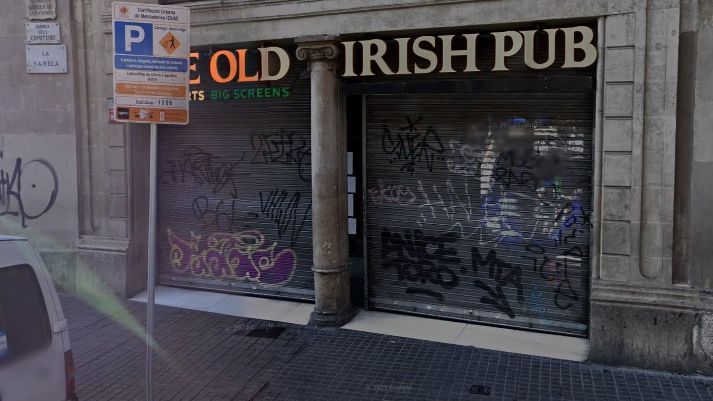 The Mossos d’Esquadra have launched an ex officio investigation into the enigmatic disappearance of British rugby player Levi Simeon Davis, who was last seen on October 29 in Barcelona. The Catalan police are still waiting to receive the international notification with the complaint of the disappearance of the player that the relatives filed with the British authorities. However, given the indications of the last hours, the Mossos have started the investigations while waiting to receive the information. The 24-year-old athlete currently plays with the Worthing Raiders in the British second division. He was last seen at the Old Irish Pub, located on Barcelona’s Rambla, on October 29. A month ago, fellow 24-year-old rugby player Liam Hampson was found dead in Sala Apolo after being missing for two days. David’s teammates and his former team, Bath Rugby, have made a call on social media to locate the player. Passage through the British ‘X Factor’ The athlete is also known for his time on the television program ‘X Factor: Celebrity’, in which he brings together celebrities who dream of becoming singers. In 2020, Levi became the first player professional in coming out as bisexual in an interview. He told his teammates in Bath via a WhatsApp group chat message: “I want to be open and honest with you guys as friends and teammates. I’m bisexual. I’ve known it since I was 18. “, he told them. A month ago, another rugby player, Liam Hampson, an Australian national, was found dead in the Apollo Room after being missing for two days. Teammates who were vacationing in Europe reported him missing. Hampson died after a 10-meter fall into the nightclub’s ventilation yard.