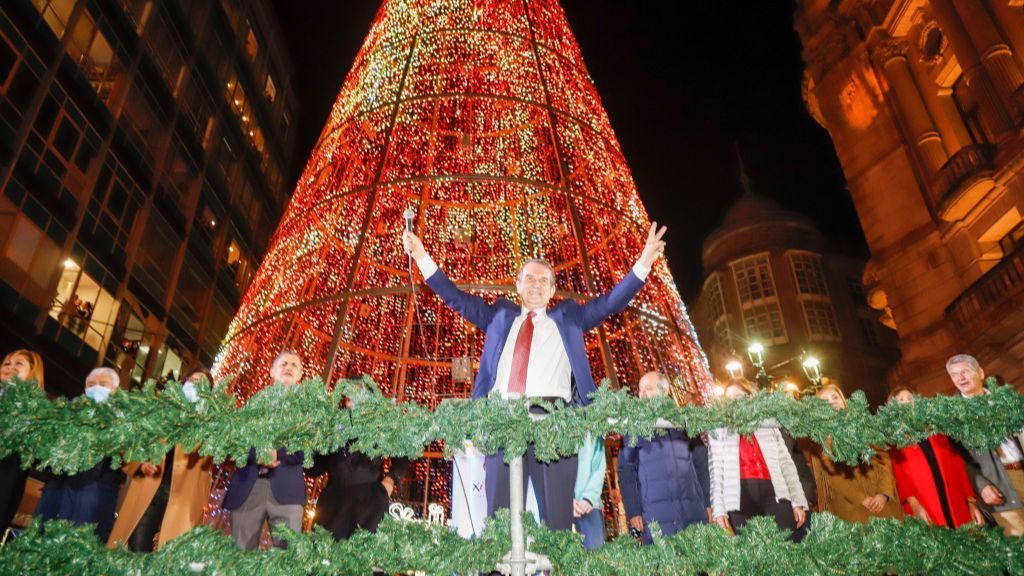 Abel Caballero exposes the figures for Christmas in Vigo at an event in Madrid The councilor foresees an economic impact “between 500 and 1,000 million euros” Vigo will save “15% energy” by turning on the lights for fewer hours The mayor of this Galician city, also President of the Spanish Federation of Municipalities and Provinces (FEMP), has vindicated the Christmas lighting of his city based on the enormous economic benefits that it generates thanks to the visit of thousands of tourists. Abel Caballero explained that the Vigo City Council allocates just over one million euros to Christmas. An amount that remains small if one takes into account that the economic impact that it is expected to generate is around 750 million euros. “The return for the city is between 500 and 1,000 million euros,” said the councilor at the informative breakfast of the New Economy Forum. “15% savings” in energy Caballero has once again defended his Christmas lighting in a context of energy crisis and despite the cutback measures decreed by the central government, arguing that it will save “15% energy”. It will do so, as he has explained, by turning on Mondays half an hour later and turning them off an hour earlier than in previous years. The mayor has valued the Christmas party as an “important part of leisure in cities”. “Christmas is an extraordinary holiday, in the West whether we are agnostics, believers or atheists, we are a Christian culture and, therefore, it is an important part of our leisure, because it is satisfaction”, he pointed out. For this reason, he has defended that Vigo will save 15% in energy. That will be, according to the councilor from Vigo, “double what Europe asks for”. The city will be illuminated for about six hours a day. Eleven million led lightsThe act of turning on the Christmas lights will be held on November 19, Saturday. This year, the city’s streets will be illuminated with eleven million energy-saving lights, the same number as last year. In total there will be some 3,500 arches of lights that will illuminate 400 streets, but also other light elements such as a huge 14-meter-long star.