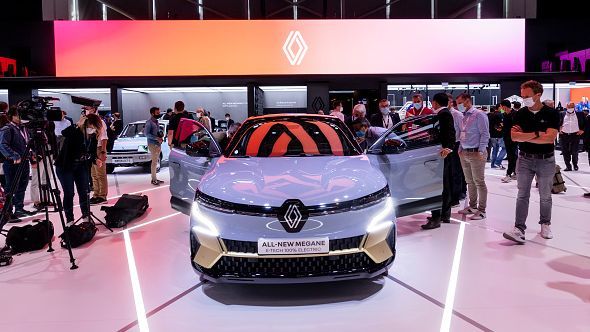 A Renault dealerThe firm creates two subsidiaries, one for the development of electric cars and the other for combustion and hybrid vehicles.The French group joins forces with the Chinese Geely to manufacture hybrid enginesThe Franco-Chinese alliance will operate at the Valladolid plantThe Renault group is preparing for the future and has begun its “Revolution”, that is how the French brand has called its strategy for the coming years and which it has presented globally this Tuesday. The firm has made public today its planning that goes through two key points: take its electric car division public in 2023 and, on the other hand, ally itself with the Chinese group Geely Automobile Holding (owner of Volvo) for the development, production and sale of components and systems for hybrid and thermal engines. Renault and Geely will form a new company owned 50 percent by the two companies. The new company will operate in 17 factories and in 5 R&D&i centers, including those in Valladolid. In total, there will be 19,000 employees from around the world who will become part of this new division that will supply more than 130 countries. The consortium will supply material to a number of industrial customers, including Renault, Dacia, Geely Auto, Volvo Cars, Lynk & Co, Proton, as well as Nissan and Mitsubishi Motors Company. Electric cars will be listed on the Stock ExchangeRenault has created a new electric subsidiary called “Ampere”. It will have more than 10,000 employees in France and the firm expects to manufacture one million electric vehicles by 2031. ‘Ampere’ expects to grow 30% over the next eight years. And it will produce the new Renault 5 and Renault 4 in the Gallic country. The diamond brand wants to be listed on the Stock Exchange in the middle of next year, to make room for new investors and thus finance the expensive change to the electric sector. The car manufacturer Renault The Group has also signed agreements with the technology giants Google and Qualcomm to promote software development, as part of the digitization and connected mobility strategy that the French company is carrying out. In addition, the American manufacturer of electronic chips Qualcomm, supplier of Renault, is already a shareholder of Ampere.