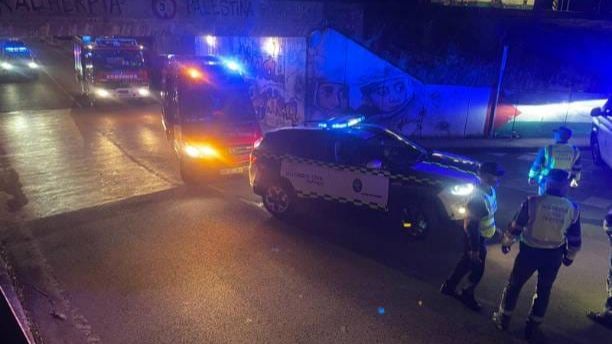 The parents have run a Chinese bazaar for five years in the town of Navarra The girl was with her mother, who crossed a pedestrian crossing and stayed behind Eloy, 23, gave a negative breathalyzer test and has been released Nou Zhou turned three years on November 23. Her parents have run a Chinese bazaar for five years in the Navarran town of Alsasua. They have another eight-year-old daughter. Today they mourn the death of the little girl, after being run over this Monday afternoon. It was seven thirty. The mother walked with the girl, who was riding a scooter. They were going to cross a pedestrian crossing located between Solana street and Gartzia street -at the entrance of the town-, when the woman started to walk and her daughter stayed behind. At that moment a neighbor arrived with his SUV , a Ford Ranger. It was Eloy, 23, who lives near the place. There was a stop sign and he stopped when he saw the girl, whom he suddenly ran over. The body was found under the vehicle and had to be removed by firefighters. The Civil Guard arrested the driver, who gave a negative breathalyzer test. Now they are investigating the causes. It is a dark area and there were no witnesses who witnessed what happened. Nor security cameras that recorded the sequence. The experts of the Traffic Group will carry out a technical report to determine the responsibilities. Meanwhile, the mortal remains have been transferred to the Navarrese Institute of Legal Medicine where they will carry out the autopsy to determine the cause of death. The driver has been released.