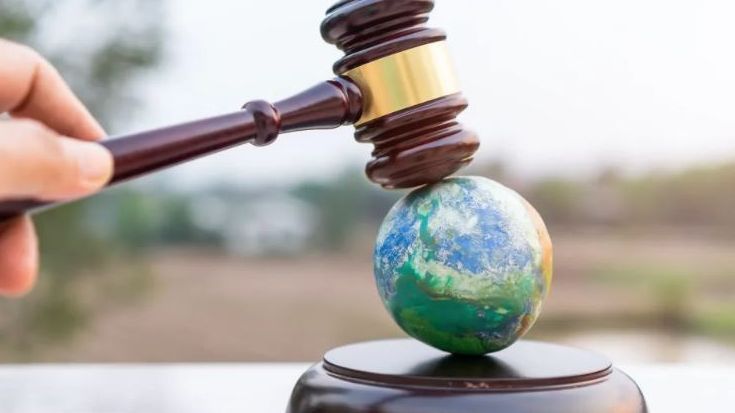 There are different directives in the European Union that the Member States must comply with in order to maintain the good health of the environment. But they don’t always do it. More often than they should, they don’t take the right steps to, for example, protect vulnerable ecosystems and species or prevent pollution. What happens then? Can the EU impose a fine on them? The role of the Court of Justice The Court of Justice is the guarantor of respect for European Union law, which includes, in particular, the ability to prosecute non-compliance with European regulations on environmental content. Different types of appeals can be filed with this court. Among them, the action for non-compliance allows assessing the conformity with the law of the European Union of the actions and omissions of the Member States. Through the action for non-compliance, the Commission or any Member State may go to the Court to assess compliance with the obligations assumed by the respondent State. In any case, a prior procedure must be developed before the Commission. In it, the respondent State is asked about its position and information is collected on whether or not there has been non-compliance. Non-compliance with environmental regulations The appeal for non-compliance is a fundamental instrument for assessing the application of European environmental regulations by the Member States. It allows a dialogue between the claimed State and the European Commission. The difficulties for the implementation of the environmental norm and the problems of the national systems to comply with the assumed obligations are highlighted. Once the case reaches the Court of Justice of the EU, it will be declared whether or not there has been a breach of the environmental regulations carrying out an interpretation of the standard. This will be of interest not only for the prosecuted State, but for all the Member States. The environmental regulations with respect to which non-compliance is alleged in this type of appeal is very varied and covers practically all areas of environmental action. a review of the cases that the Court of Justice has dealt with, you can find pronouncements on non-compliance with regulations on air and water quality, noise, discharges, protection of biodiversity, as well as on access to information and to environmental justice. As an example, some recent pronouncements of the Court of Justice in 2022 can be cited that illustrate the variety of situations that it evaluates in its sentences. Months later, the same State would receive a new pronouncement of non-compliance in the Judgment of 22 June 2022, this time for breaching the Habitats Directive. It had not adopted adequate measures to prevent the deterioration of the habitats in the Special Protection Areas designated for the conservation of the capercaillie. The ruling against Bulgaria included in the Judgment of April 28, 2022 is also recent. In this case, the Court declared that this country had breached the Marine Strategy Framework Directive. It had not reviewed the initial assessment of the good environmental status of marine waters that it had carried out under the Directive. Nor had it informed the Commission of the updates made after these reviews, which was a key part of the standard to promote the good environmental status of the marine environment. Are there consequences? When there is a declaration of non-compliance by the Court of Justice, the State is obliged to adopt all the necessary measures to put an end to this breach. In environmental matters, this implies the review of all state action so that there is an adequate implementation of environmental regulations. This means starting a process in which it is not always easy to determine if the appropriate measures are being carried out to ensure the execution of the judgment of the Court. Once again, communication with the European Commission is decisive to verify that compliance with European environmental law is guaranteed. In the event that it is determined that the sentence has not been adequately executed, the possibility of establishing a new remedy for non-compliance is foreseen, in this case, of the previous sentence of the Court. In other words, the case is once again submitted to the Court of Justice, which will assess whether the appropriate measures have been adopted to comply with its ruling. In this second ruling, the Court of Justice may impose on the State the payment of a lump sum or a coercive fine. The amounts established by the Court constitute, in this way, the main dissuasive measure for non-compliance with the pronouncements of the judicial body, as well as with European environmental regulations. The amount established will depend on the importance of the violated regulation, the seriousness and the period of the violation and the economic situation of the offending State. Some methods of calculating these quantities have been established based on the States that are reviewed periodically. The objective is that countries think twice when failing to comply with European environmental legislation. This article has been published in ‘The Conversation ‘, you can read the original here.*Rosa Giles Carnero. Professor of Public International Law, University of Huelva (Spain)