Find here all of our live #AFGHANISTAN

11:26 : The Taliban have announced that they have surrounded fighters of the self-proclaimed resistance to their power in Panchir, a landlocked province northeast of Kabul. They said they wanted to negotiate with them rather than fight. This is the region where the vice-president of the regime overthrown by the Taliban, Amrullah Saleh, took refuge and declared resistance to the new masters of the country.

10:47 : The UK will plead with the US for an extension of evacuation operations in Kabul beyond the August 31 deadline. “Whether or not to persuade the United States to stay is a matter for the Prime Minister (British Boris Johnson) tomorrow at the G7 meeting”Secretary of State for the Armed Forces James Heappey told Sky News. He stressed, however, that the decision was not solely up to Washington, and that the Taliban also had a say.

10:01 am : He disagrees with Valérie Pécresse. “We must be able to welcome people fleeing persecution by the Taliban. It is the Geneva Convention, it is the right of asylum”, reacted on franceinfo Julien Bayou, national secretary of Europe Ecology-The Greens. “France has long been a land of welcome for exiles and both Emmanuel Macron and Valérie Pécresse are turning their backs on the office and on these republican values. I am worried that France may recognize this regime” of the Taliban.

10:02 : Valérie Pécresse, the president of the Ile-de-France region and candidate for the presidential election, wants “favor the reception of displaced persons” in the countries bordering Afghanistan, sweeping away everything “unconditional welcome” in France. “We have to work with the countries that surround Afghanistan, especially the former Soviet republics”, like Uzbekistan or Tajikistan, she estimated on RTL.

09:35 : Hello, I think you should talk about Nilofar Bayat? The former captain of the Afghan Paralympic basketball team arrived in Spain, where she was able to take refuge with her husband. “We have lost everything, we have nothing”, she explains in an interview with Guardian (in English).

09:31 : Hello FI! Have we heard from the Afghan Paralympic athlete who appealed for help because she could not leave her country to go to Tokyo?

09:19 : On Twitter, the French ambassador in Afghanistan, David Martinon, announces that France and the US military have “was able to bring 260 employees of the European Union delegation into Kabul airport”. These last are “welcomed in the waiting area of ​​the French Embassy before boarding”.

#AFGHANISTAN Faced with chaos in Kabul and under pressure from his allies, Joe Biden opened the door to keeping soldiers in place beyond the planned date of August 31. “We hope not to have to extend, but there will be discussions, I guess, on the state of play.” evacuations, the US president said last night.

Two months after the latest research of the body ofEstelle Mouzin, excavations will resume on Monday, August 30 in the Ardennes in the presence of Monique Olivier, franceinfo learned from corroborating sources. This will be the seventh and last campaign to search for the body of the 9-year-old girl., kidnapped on January 9, 2003 in Guermantes in Seine-et-Marne.

08:22 : Action Against Hunger will resume its activities, “encouraged” by the Taliban, according to its president. “The circumstances seem favorable to us”, explains Pierre Micheletti to franceinfo who adds that in fact, the dialogue was engaged “long ago” in some sites where power had already shifted.

07:53 : Faced with the chaos of evacuations in Kabul and under pressure from his allies, Joe Biden opened the door to keeping soldiers in place beyond the planned date of August 31. “There are discussions going on between us and the military about the extension. We hope not to have to extend, but there will be discussions, I guess, on the status of the process.” evacuation, said the US president last night.

07:22 : In 20 years, the GDP has exploded, but also inequalities and poverty. Certain socio-economic progress is nevertheless to be noted, in particular with the education of young girls. 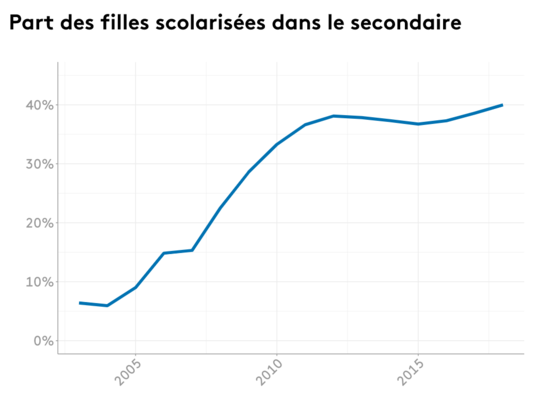 07:23 : Since the American intervention in 2001, twenty years of war have killed more than 170,000 people, nearly a third of them civilians, and forced millions of Afghans to leave their home territory. 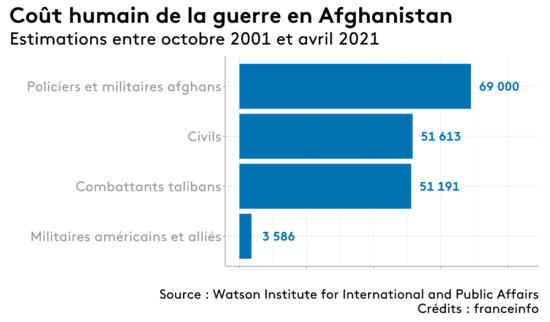 07:29 : The Taliban returned to power on August 15, nearly 20 years after being ousted. To understand how the country has evolved during these two decades, we take stock in infographics.

07:15 : A sixth rotation of the airlift set up by the French army to exfiltrate the French and some Afghans from Kabul fallen into the hands of the Taliban allowed the arrival Sunday evening in Paris of 250 people.

US President Joe Biden still hopes evacuation operations in Kabul can be completed before August 31, the date his government has set for the full withdrawal of US troops from Afghanistan. “We hope that we will not have to prolong “, he said, while leaving the door open to an extension.

• The Ligue 1 match Nice-Marseille has been definitively arrested after an hour and a half of interruption. The incident began in the 75th minute when OM player Dimitri Payet returned one of the many plastic bottles he received every time he went for a corner to the Nice supporters’ stand. The Marseille players refused to resume the game.

• Tropical storm Henri, accompanied by strong winds and intense precipitation, made landfall on the coasts of the northeastern United States, announced the US meteorological services. More than 100,000 inhabitants of the region are left without electricity.

The toll of the earthquake that devastated Haiti on August 14 was increased with the announcement by the authorities on Sunday of the death of at least 2,207 people in the southwest of the Caribbean country where aid is slowly reaching the victims.

Blocked for two months between Rouen and Le Havre,...
World

Gilles Simon didn't have much left in the...