BD, Le Mans – They chased after for years but had always failed them. This time it was written that it would be their turn. At the end of an 89th edition of the 24 Hours of Le Mans which, let’s be honest, will not have been the richest in suspense, Kamui Kobayashi, Mike Conway and José María López have won the Grail. And that, we will not take away from them! Moreover, this very reduced suspense is partly due to their almost flawless domination. Apart from the two punctures which occurred at the start of the race on Saturday, almost everything spared the crew of the Toyota # 7, which made a perfect copy.

Holders of the title in the Sarthe, the drivers of the Toyota # 8 cannot say the same. Between the crash at the start, caused by Glickenhaus # 708, but also fuel problems which considerably reduced the length of the stints on Sunday morning, a momentary stop on the track, or even a change of door in the last hours, Sébastien Buemi , Kazuki Nakajima and Brendon Hartley had their share of problems. They will therefore be content with second place, two laps behind the winners, still ensuring what Toyota had come for: a double for the great debut at Le Mans of its Hypercar GR010 Hybrid.

There was a lot more uncertainty for the third step of the podium. Considered as the outsider, the Alpine had to face the domination of Toyota, especially as the race of the Blues was not perfect. There was in particular this departure from the track of Matthieu Vaxiviere at the beginning of the night, or this problem of lighting at the rear requiring an intervention. The regularity then returned, and the second part of the race thus allowed to get rid of the first of the Glickenhaus, not without difficulty.

Because for its first at Le Mans, the small American manufacturer has proven to the most skeptics that it should be taken seriously. First of all because the two 007 LMHs saw the finish, secondly because they displayed a constant pace after having digested the delicate first hours on a sometimes wet track. Fourth and fifth, the two red Hypercars may have made an appointment for the future.

The reliability at the rendezvous of the machines of the premier class has de facto put an end to the sweet dream of LMP2 to make a place on the podium of the general classification. The fight in this particularly hot category did take place, but it did not last as long as one might have wished. Saturday was marked by several incidents or errors, some of which directly affected favorites. And entering the dead of night, Team WRT had taken over the standings. It was still necessary to confirm what the Belgian team did for its debut at the 24 Hours of Le Mans. Enough to talk about oneself while WRT is a name more and more evoked to take care of the future LMDh program of Audi …

However, it was necessary to manage an increasingly tight gap between the two crews. The Oreca # 41 thought to win the timpani with Robert Kubica, Louis Delétraz and Yifei Ye at the wheel, but the latter stopped on the penultimate lap and lost everything. With a tiny lead over JOTA # 28, WRT’s # 31 managed to achieve the success the team hoped for, with the victory ultimately going to Robin Fijns, Ferdinand Habsburg and Charles Milesi for … seven tenths of a second! Third place goes to Panis Racing.

In LMGTE Pro, a category so used to ruthless jousting, it was long believed that the Ferrari # 52 held a precious advantage. Unfortunately for Daniel Serra, Miguel Molina and Sam Bird, an early morning left rear suspension problem put an end to dreams of victory. AF Corse was still able to count on the sister car to take over and it was the # 71 of Alessandro Pier Guidi, James Calado and Côme Ledogar that won, after having notably benefited from a favorable distribution during interventions by the safety car on Saturday evening. 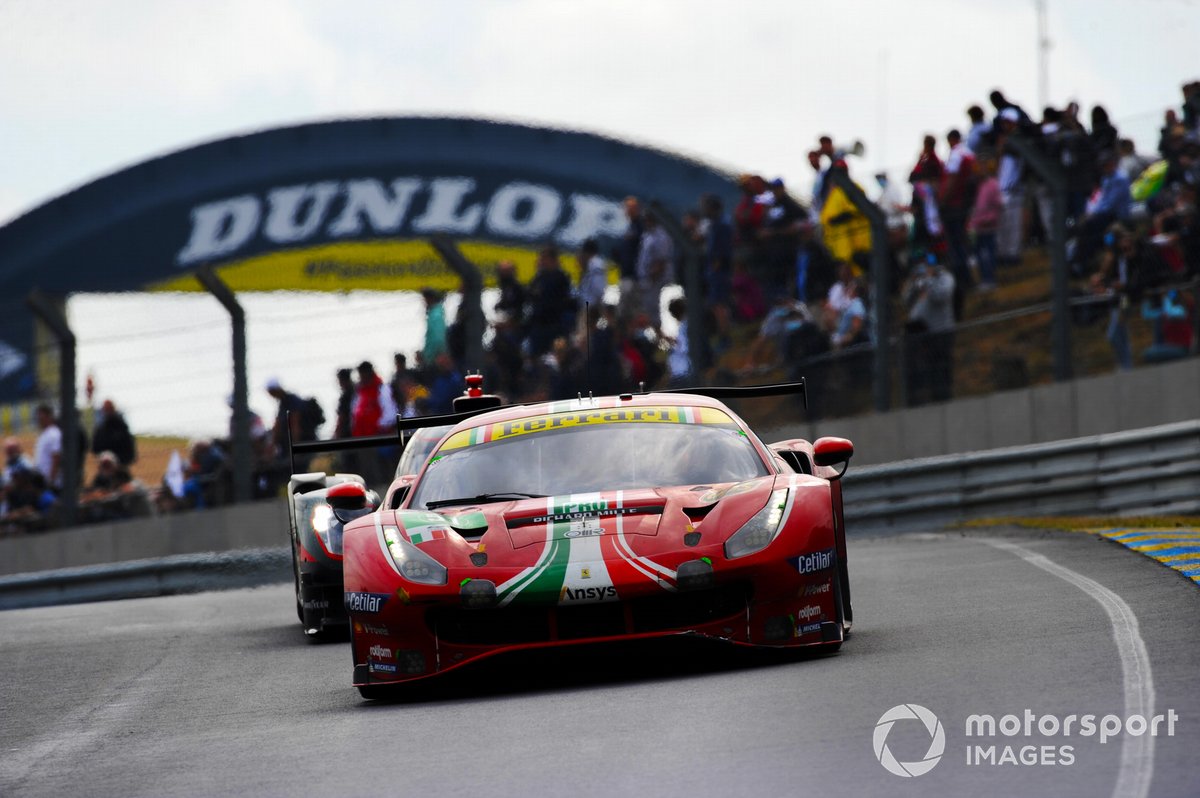 The three men, however, had to remain wary until the end, with an interesting but far from sufficient lead over the # 63 Corvette, which finished second for its return to Sarthe after last year’s absence due to the health crisis. Never really in the game and notably lacking in performance, Porsche placed # 92 on the third step of the podium.

Ferrari also took the victory in the LMGTE Am class thanks to the # 83 of AF Corse, which was led by François Perrodo, Nicklas Nielsen and Alessio Rovera. TF Sport challenged them for a long time with the Aston Martin # 33, to no avail. The podium is completed by the Ferrari # 80 from Iron Lynx.

Previous articleMilan kills his wife and 15-year-old daughter and takes his own life
Next articleAfghanistan: a virtual meeting of the G7 will take place on Tuesday, announces Boris Johnson – franceinfo

Barely took office, it is a first storm which the...

PEOPLE’S WALKS: Johnny Depp is said to have fallen in love with his lawyer … HERE’S A PHOTO! – Topky.sk

At first, the idyllic and later turbulent marriage of actors Johnny Depp and Amber Heard did not end in...