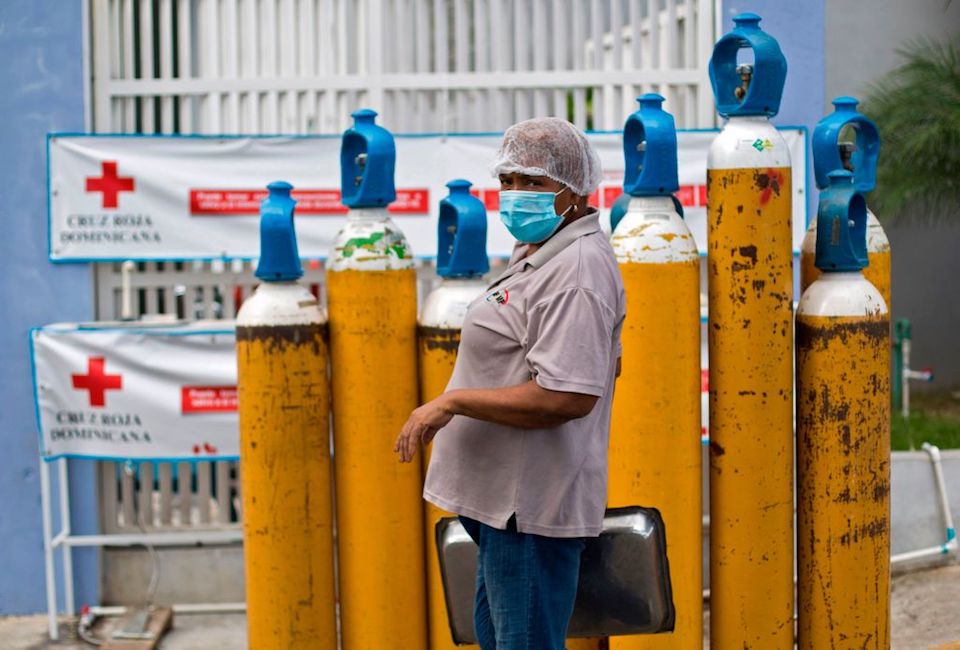 (CNN Spanish) – Due to lack of beds, patients on stretchers and others sitting on oxygen waited this Monday in the access area of ​​the coronavirus unit at the Francisco Moscoso Puello Hospital in Santo Domingo, Dominican Republic.

Dr. Indhira Jiménez, in charge of the covid-19 unit of that healthcare center, indicated that in the institution, one of the busiest in the capital, the intensive care unit is at its maximum capacity and all the ventilators are occupied.

According to Jiménez, many patients are being transferred to other health centers because Moscoso Puello is crowded with patients.

The president of the Dominican Republic, Luis Abinader, confirmed this Monday that in Greater Santo Domingo, which includes the capital and the province of Santo Domingo, there has been a re-outbreak of coronavirus in recent days.

According to the most recent Public Health bulletin, of the 731 cases confirmed this Monday, 60% (444) infections are located in Greater Santo Domingo.

Abinader said that this outbreak has increased hospital occupancy both at the public and private levels, especially in intensive care rooms, which nationwide are 57 percent occupied, according to official data from the National Health Service. (SNS).

Only in Greater Santo Domingo the occupation in intensive care in the public sector is 81 percent, according to figures from the SNS.

Given the difficulty that infected patients face in finding medical care and oxygen, the government says it has already started expanding hospital beds, according to Dr. Mario Lama, director of the SNS.

“If an institution occupies all its beds, the other hospitals are ready to continue providing the service,” said the official.

Lama asked the population authorized to be vaccinated to go to the inoculation centers and continue with preventive measures to avoid the spread of covid-19.

To date, according to official figures, the Dominican Republic accumulates 277,919 confirmed cases of coronavirus and 3,589 deaths from the disease.

Almost 2,300,000 people have received the first dose of the covid-19 vaccine in the Dominican Republic and more than 820,000 are fully vaccinated, which is equivalent to 7.6% of the population, according to official figures.

1 thought on “Hospitals overwhelmed in Santo Domingo: the president confirms covid-19 outbreak in the Dominican capital”