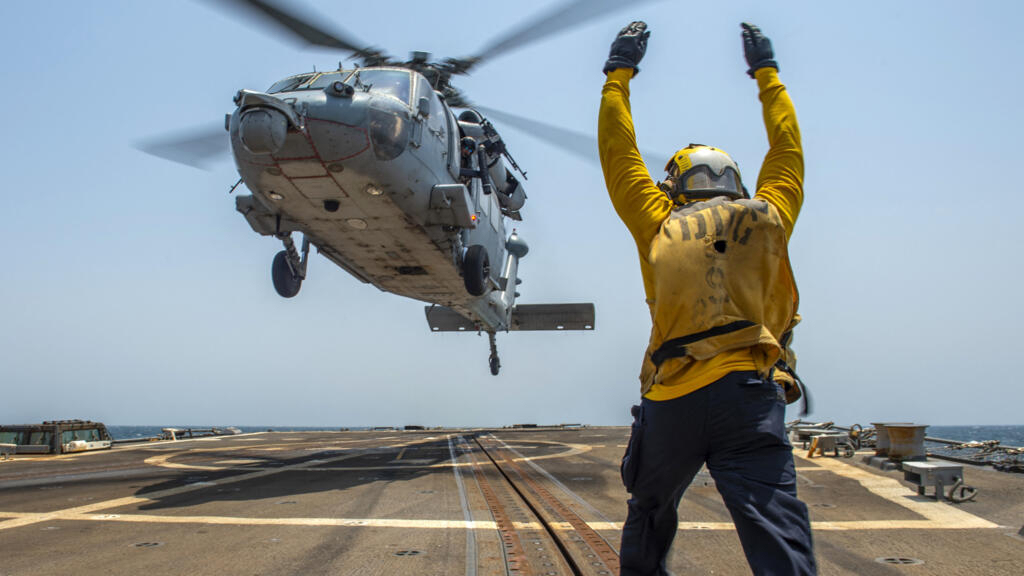 Two US military operations carried out this week in Syria have killed several leaders of the Islamic State group, the US military command for the Middle East announced Thursday evening. US forces killed several leaders of the Islamic State (IS) jihadist group in Syria during a helicopter operation and an airstrike conducted between Wednesday evening and Thursday October 6, the US command said. The helicopter operation, which targeted Rakan Wahid al-Shamri, was carried out overnight from Wednesday to Thursday in northeastern Syria, the US military command for the Middle East (Centcom) wrote in a first press release. It took place in an enclave held by auxiliary forces of the Syrian regime, near the town of Qamichli controlled by Kurdish forces allied with American troops, according to concordant sources. A first This is the first time since the start of the war in Syria in 2011, that American troops carry out a helicopter operation in an area under the control of Bashar al-Assad’s regime, according to the Syrian Observatory for Human Rights (OSDH). Hundreds of American soldiers are deployed in northeast Syria as part of a US-led anti-jihadist coalition, which continues to fight with its Kurdish allies from the Syrian Democratic Forces (SDF), the sleeper cells of ISIS. then indicated in a second press release that he had killed two other leaders of the jihadist group during an airstrike in northern Syria. This second attack would have, according to Centcom, made it possible to kill “both Abu-Hashum al-Umawi (…) and another senior IS official”, without hitting civilians. “This strike will weaken the capacity of IS to destabilize the region and hit our forces and our partners,” commented the boss of the American command in the region, General Michael Kurilla. targeting Rakan Wahid al-Shamri, an IS official known to facilitate the smuggling of weapons and the clandestine transportation of fighters,” Centcom said of the helicopter operation. “The targeted individual was killed and the “one of his companions injured. Two other companions were detained,” Centcom added, without specifying the nationality of the dead official. No US servicemen and no civilians were killed or injured in the operation, according to the same source. In Damascus, Syrian state television reported a helicopter operation by “US occupation forces” in which a person was killed. She gave no further details. “Three American helicopters carrying troops landed” near the village of Moulouk Saray, a local resident told AFP. The American soldiers “called using loudspeakers the inhabitants to stay at home”, before searching a house. They “killed one person there and abducted two”, he added on condition of anonymity. According to him, the person killed was a displaced person from the Syrian province of Hassaké, little known to the inhabitants and who called Abu Hayel. The villager said that an exchange of fire had opposed the American soldiers to a auxiliary force of the Syrian regime. Sleeper cells The OSDH reported on its side of two people captured, who would be an Iraqi and a Syrian. Dazzling power in 2014 in Iraq and neighboring Syria and the conquest of vast territories, the IS saw its self-proclaimed “caliphate” crumble under the blow of successive offensives. He was defeated in 2017 in Iraq and in 2019 in Syria. But the Sunni extremist group responsible for multiple abuses continues to carry out attacks through sleeper cells in both countries. The United States continues to target IS leaders. In July, they announced that they had killed a senior IS official in a drone strike in northwestern Syria. In June, they reported the capture of an IS leader in a helicopter operation in northern Syria. IS leader Abu Bakr al-Baghdadi was killed in a raid in 2019 and his successor, Abu Ibrahim al-Hachimi al-Qurachi, was eliminated in February 2022 in an operation by American special forces in northwestern Syria, a region largely controlled by jihadists. With AFP