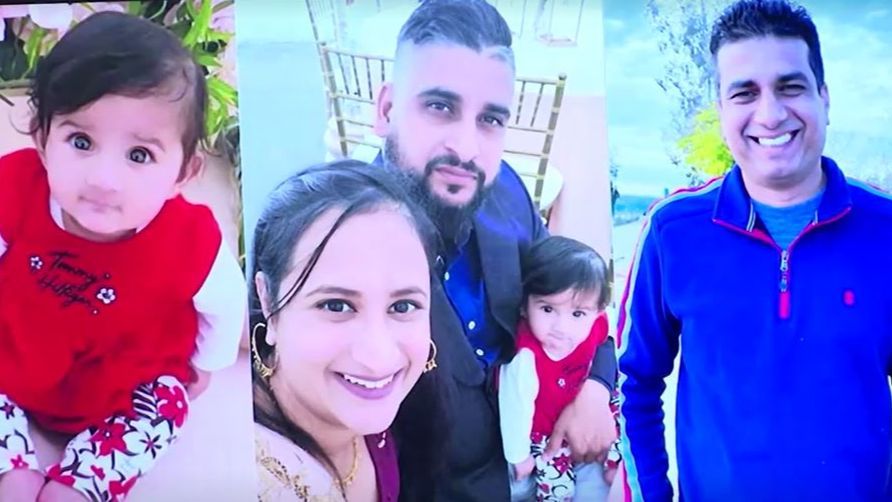 Images of the victims released by the police. Video: Reuters The victims, an eight-month-old baby, his parents and his uncle, were kidnapped at gunpoint The authorities released a video from the security camera and managed to arrest the suspect Although the author of the kidnapping did not ask for a ransom, the chief of police believes that the motive was economic “Tonight our worst fears were confirmed.” With these words, the mayor of Merced County, Vern Warnke, has confirmed the discovery of the bodies of four members of a family in California (United States), including an eight-month-old girl, kidnapped last Monday. The victims: eight-month-old girl Aroohi Dheri, her mother Jasleen Kaur, 27, her father Jasdeep Singh, 36, and the baby’s uncle, Amandeep Singh, 39, were kidnapped at gunpoint from the business that they run in a population of 86,000 inhabitants, about 200 kilometers southeast of San Francisco. The bodies have been located in a rural area. The authorities had released a security camera video showing a man kidnapping the family. Some images that allowed to stop the alleged kidnapper, a convicted thief who tried to commit suicide before the agents broke into his house. He is hospitalized. Police believe he acted with at least one accomplice. Although the suspect did not ask for ransom, the police chief believes that the motive was cheap.