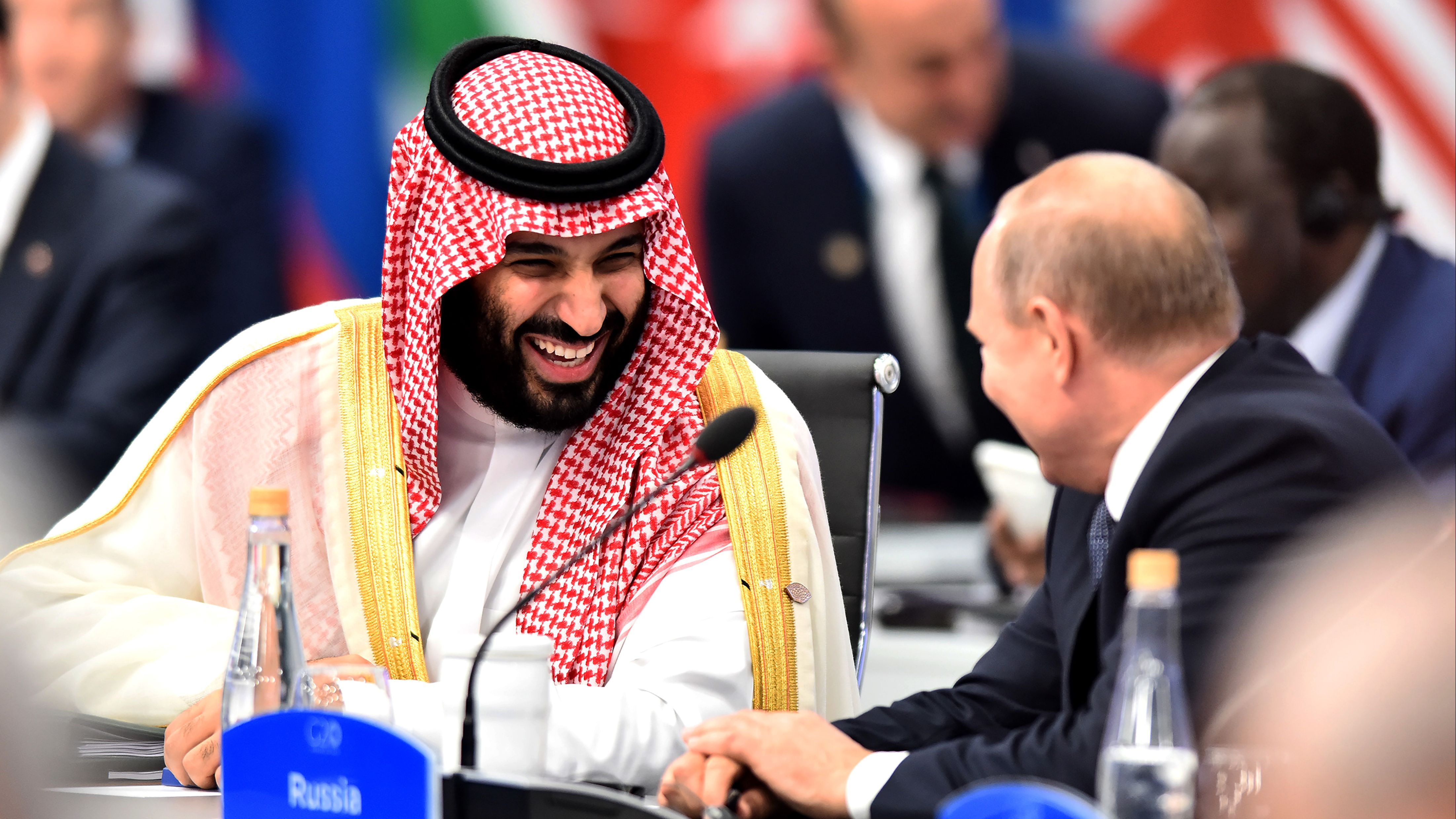 US President Joe Biden considers the cut disappointing and describes it as “unnecessary” and “short-term” Saudi Arabia strengthens its alliance with Putin’s Russia in the midst of the energy crisis due to the invasion of Ukraine The barrel of Brent, a reference for Europe, it climbed to $93.35, up 1.69 percent, its highest level since September 21. Because many of its members are missing their production targets, the actual cut would be smaller, of about 950,000 barrels per day, and it would be assumed mainly by Saudi Arabia, the United Arab Emirates and Kuwait, according to Javier Blas, an expert in raw materials at Bloomberg. Even so, this analyst underlines, “never in its entire history has OPEC and its new incarnation OPEC+ cut its production so much and so quickly when the price of Brent oil is still around 100 dollars.” Last month, this group of exporting countries signaled their concern about the markets with a nominal cut of 100,000 barrels per day. As markets shrugged off that move and oil prices fell below $80 a barrel for Brent crude, the international benchmark, the Saudis seem to have decided a much bolder signal was required. And their interests coincide with those of Russia. Biden “disappointed” The OPEC+ decision has made the Biden Administration jump like a spring. The US president has been “disappointed” by a decision that he describes as “unnecessary” and “short-term”. Washington has ordered the Strategic Petroleum Reserve to release 10 million barrels to the market next month. “The President will continue to release barrels from the Strategic Reserve as he sees fit to protect American consumers and promote energy security,” the White House said. In addition, “he will consult with Congress on additional tools and authorities to reduce OPEC’s control over energy prices.” mid-term parliamentary and state elections on November 8. Going to the polls with pumps through the roof won’t win you votes. Nor does it come at an opportune time for European countries mired in an energy crisis and just as the EU tries to limit oil revenues that feed the Kremlin’s war machine by putting a cap on the price of crude oil. Saudi Arabia changes step Biden, who previously proposed turning Saudi Arabia into a global ‘pariah’ after the 2018 murder of journalist Jamal Khashoggi, opted last July to reach out to the Saudi leader to jointly contribute to the isolation of the Putin regime. Biden and the Saudi strongman, Mohamed bin Salman.niusdiario.esNow, the desert kingdom challenges Washington as it has rarely done since President Roosevelt and the Saud clan signed their alliance in 1945: oil in exchange for security. And it does so a month before crucial elections for the rest of Biden’s term. Few in Washington believe it is causal. Some analysts attribute the Saudi shift – now closer to the Kremlin than the White House – to the Riyadh regime’s growing frustration at what it sees as a lack of US commitment to its security. And there is more: the Saudis have not liked the release of thousands of barrels from the US strategic reserve to the market and their maneuvers to impose a ceiling on the price of oil. Effects on the price of a barrel What Saudi Arabia and Russia have done is agree to the largest cut in oil production since the start of the pandemic at the worst time for the United States and Europe. Just the opposite of what the West is asking for, in favor of greater global oil production to punish Putin for the invasion of Ukraine and curb an inflation that has not suffered since the early 1980s. The announcement has had immediate consequences on the price of crude oil. The barrel of Brent, a reference for Europe, climbed to 93.35 dollars, 1.69 percent more, its highest level since September 21 and the West Texas Intermediate (WTI), a reference for the United States, rose down 1.41 percent to $87.74, the highest since the middle of last month. The decline in supply, however, coincides with other factors that may limit its impact on the market. Demand has fallen in China and the world faces a global economic slowdown that will push oil prices down. Countries that are not included in OPEC Plus, such as the United States or Brazil, have also increased oil production. And the very release of millions of barrels from the United States’ strategic reserve on the market may also slow down the rise of black gold.

1 thought on “Saudi Arabia defies the US: allies with Russia in a sharp cut in oil production”