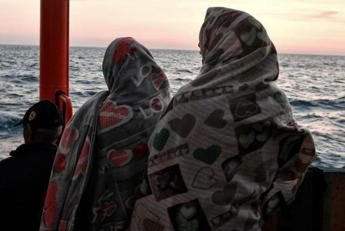 The balance of two shipwrecks that occurred in the past few hours in the waters of Greece is more than 80 missing. Local media reported this, specifying that the first episode took place off the island of Kythira, where about 70 people are missing and 30 people have been rescued and brought ashore at the port of the village of Diakofti. Meanwhile, the spokesman for the Greek Coast Guard, Nikos Kokkalas, informed the Ert broadcaster that after a shipwreck off the island of Lesbos, the bodies of 15 migrants were recovered, all women apparently of African origin, nine were rescued and another 14 are still missing.

1 thought on “Migrants, two shipwrecks off the coast of Greece: 15 dead and over 80 missing”