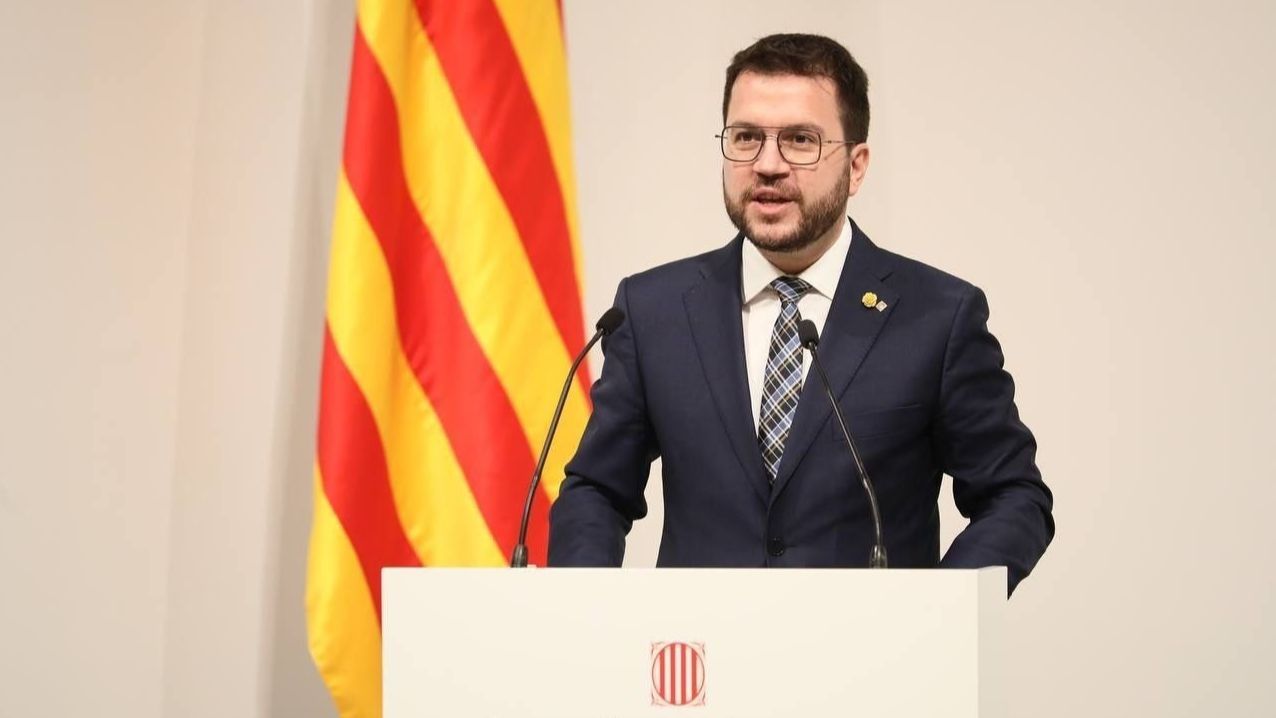 “We held the 1-O referendum and we will make Catalonia vote again. We will make it possible again to respond to the broad, solid and cross-sectional majority of citizens who want to freely decide the future of the country and because this is the way to resolve the political conflict with the State”, added Aragonès, who stressed that “the more democracy, the closer” they will be to independence”. He also claimed the lessons of the referendum held five years ago, with the aim of going back to work to exercise self-determination, an “inalienable” right that must be exercised “ensuring that everyone feels called to vote and guaranteeing the support of the international community and that all parties involved recognize the result.” Along these lines, he once again reiterated his intention of promoting an agreement like the one with Canada to agree on a self-determination referendum. The “only” way to resolve the conflict and that, to achieve it, sovereignty must return to focus his speech on democracy: “We have to refocus on the right to vote, on the rights and freedoms that we all have and that we want to fully exercise,” he said. The 1-0, the “victory” of independence The boss of the Executive described the 1-0 as “a historic day”, in which the democratic commitment of the Catalan population was demonstrated. “Undoubtedly, a great victory. A great lesson in democratic values ​​in the face of State repression that teaches us that the path to the Catalan Republic is the path of rights and freedoms,” underlines the President of the Generalitat, on a referendum that was possible thanks to the “unbreakable alliance” between institutions, civil society and citizens. Thanks to this “joint” work, they obtained ballot boxes and ballots that they were able to defend in the polling stations “against police charges.” Aragonès did not want to forget all the members of the Government at that time either. With President Carles Puigdemont and Vice President Oriol Junqueras, who “are paying a very high price”, as well as the former President of Parliament, Carme Forcadell. “Jail, exile, fines and disqualifications. The suspension of our institutions. The judicial threat that still endures. The personal cost for many of the people behind 1-O is very high,” he claimed, for which he will do everything possible to “end all forms of repression” and work for an amnesty.