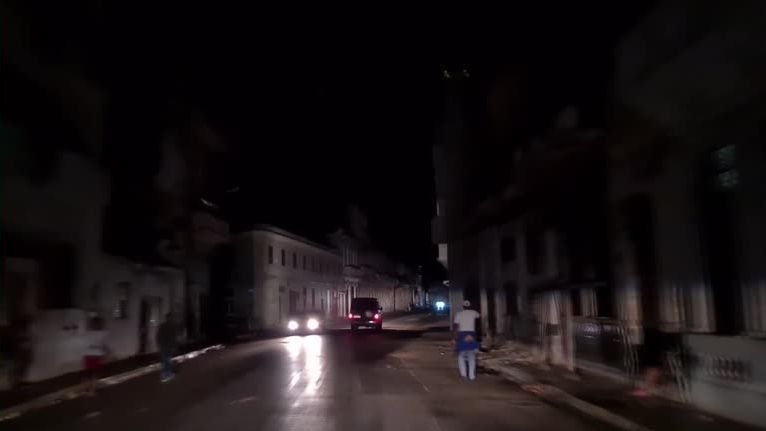 Havana, in the dark. Video: Reuters A failure in the electrical system has caused a general blackout on the island At least two deaths and flooded streets, detached roofs and fallen treesHurricane Ian now threatens Florida where two million people have been evacuatedCuba has suffered a nationwide blackout due to a breakdown in the electrical system due to the passage of Hurricane Ian through the island, as reported by local authorities. Around 12 at night, Spanish peninsular time, the Cuban power line has suffered a collapse that has left the entire country without electricity service, since weather conditions have affected the infrastructure of the national company Unión Eléctrica (UNE), as announced by the body itself in a statement. The company has recognized that it is “a complex process” that it hopes to repair gradually between Tuesday night and Wednesday morning. According to statements made to ‘Prensa Latina’ by the director of the UNE, Lázaro Guerra, the interruption occurred after the affectation of the networks in the central region of the country, where there was a blackout in four provinces, which later caused a failure at the national level. Currently, attempts are being made to interconnect the links of several plants in the country with the national system to feed the thermoelectric plants and restore service, a process that will take time, according to Guerra. Authorities evacuated some 38,000 people in Pinar del Río alone, the area hardest hit by Ian with flooded streets, detached roofs and fallen trees. At least two people have died. The North American institute predicts that ‘Ian’ will advance this Tuesday towards the waters of the southeastern Gulf of Mexico and approach the west coast of Florida between Wednesday and Thursday. However, Ian has moved through the southeastern Gulf of Mexico , gradually leaving Cuba with winds of up to 195 kilometers per hour north of Bahía Honda, in the center of the island. During the morning of this Tuesday, the hurricane has been classified as category three -on a scale of five-, after gusts of up to 200 kilometers per hour have been recorded.