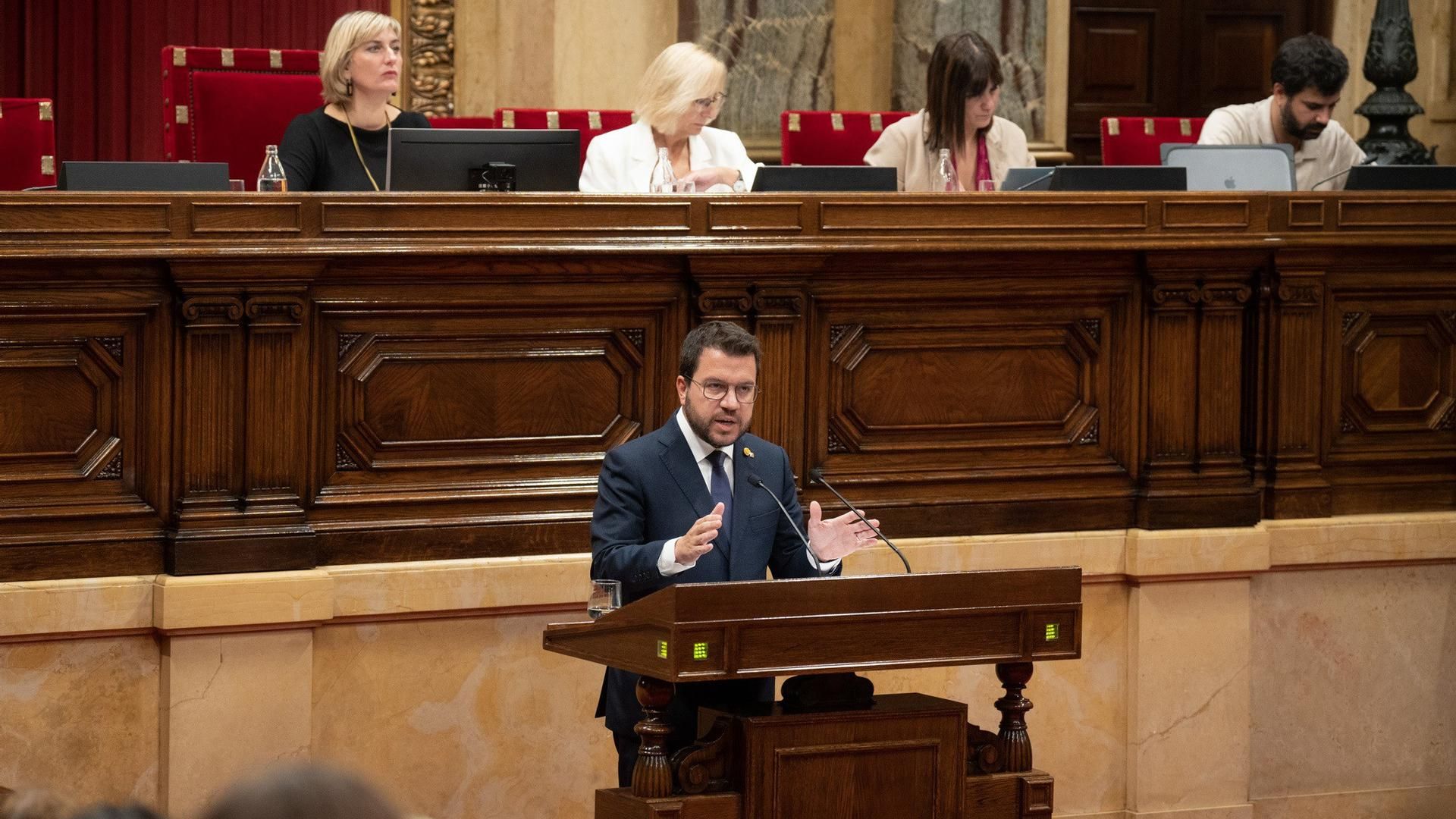 The president of the Generalitat, Pere Aragonès, has proposed this Tuesday to the central government to propose a “clarity agreement” similar to the Clarity Law that Canada approved for the Quebec independence referendum. The objective of this agreement is to lay the foundations for holding an “effective” self-determination referendum in Catalonia. Aragonès raised the proposal this Tuesday in Parliament, which he contemplates in two phases. A first immediate phase to collect the maximum number of supports in Catalonia around this initiative and a second to approach the negotiation with the Government. The head of the Catalan Executive considers that this proposal, which has previously been communicated to Junts, is viable so that the citizens of Catalonia vote for its future and that it is “inclusive” so that the entire population feels involved and that all parties, both those who defend independence and those who do not, recognize this instrument, and also get the accompaniment and support of the international community. “An inclusive proposal because it is addressed to all democrats, whether they are pro-independence or not. And an explainable and homologous proposal at the international level because other countries have started from similar proposals and because without any doubt, It opens doors for us that have remained closed until now,” he stressed. Amnesty Aragonès understands that the negotiation with the Government at the dia logo has two aspects. On the one hand “repression”, in the face of which he defends amnesty and, on the other hand, self-determination, for which he claims the need to hold a referendum. “The first step to overcome the blockade is to put an end to all forms of repression” against the independence movement, he assures, and has highlighted that steps have already been taken in this direction, such as the pardons for the prisoners of 1-O and the agreement that the Generalitat and the Government reached at the dialogue table to dejudicialize the conflict, which contemplates promoting legislative reforms that are carried out before the end of the year. “It must mean a first step to achieve the effects of an amnesty. We know that it will not be easy. It is only necessary to see the frontal opposition of the president of the Supreme Court and the General Council of the Judiciary. But it is a path that must be explored so that no one else goes to jail,” he said. However, he warned that in order to overcome the conflict, not only is it enough to desj judicialization and to achieve the effects of an amnesty, but “we must address once and for all the inability of the State to respond to the will of the majority of the citizens of Catalonia who want to decide the political future of the country by voting.” In this way, The proposal that he launched this Tuesday seeks to resolve the second aspect of the negotiation, since he is convinced that “this is the fastest and most efficient way to vote again” and that in Catalonia there is a large majority in favor of a referendum .82% of Catalans would agree, according to a surveyCiting a survey by the Generalitat’s Center d’Estudis d’Opinió (CEO), which concludes that 82% of Catalans agree with a referendum, Pere Aragonès has pointed out that it is also a majority option also among the voters of the comuns and the PSC: “This social majority exists and cannot be ignored. That is why we all have to get involved and have the ability to bring it together around a great consensus, a great country agreement on when and how Catalonia will vote again.” With this idea, Aragonès wants to propose to the State an agreement of democratic clarity, that establishes the bases and conditions so that Catalonia can exercise the right to self-determination in an “effective referendum where everyone feels included and where everyone accepts the result”, he has summed up. He has argued that it is an instrument used Canada for Quebec to hold an independence referendum and that the UK and Scotland also held a similar negotiation for the 2014 referendum.