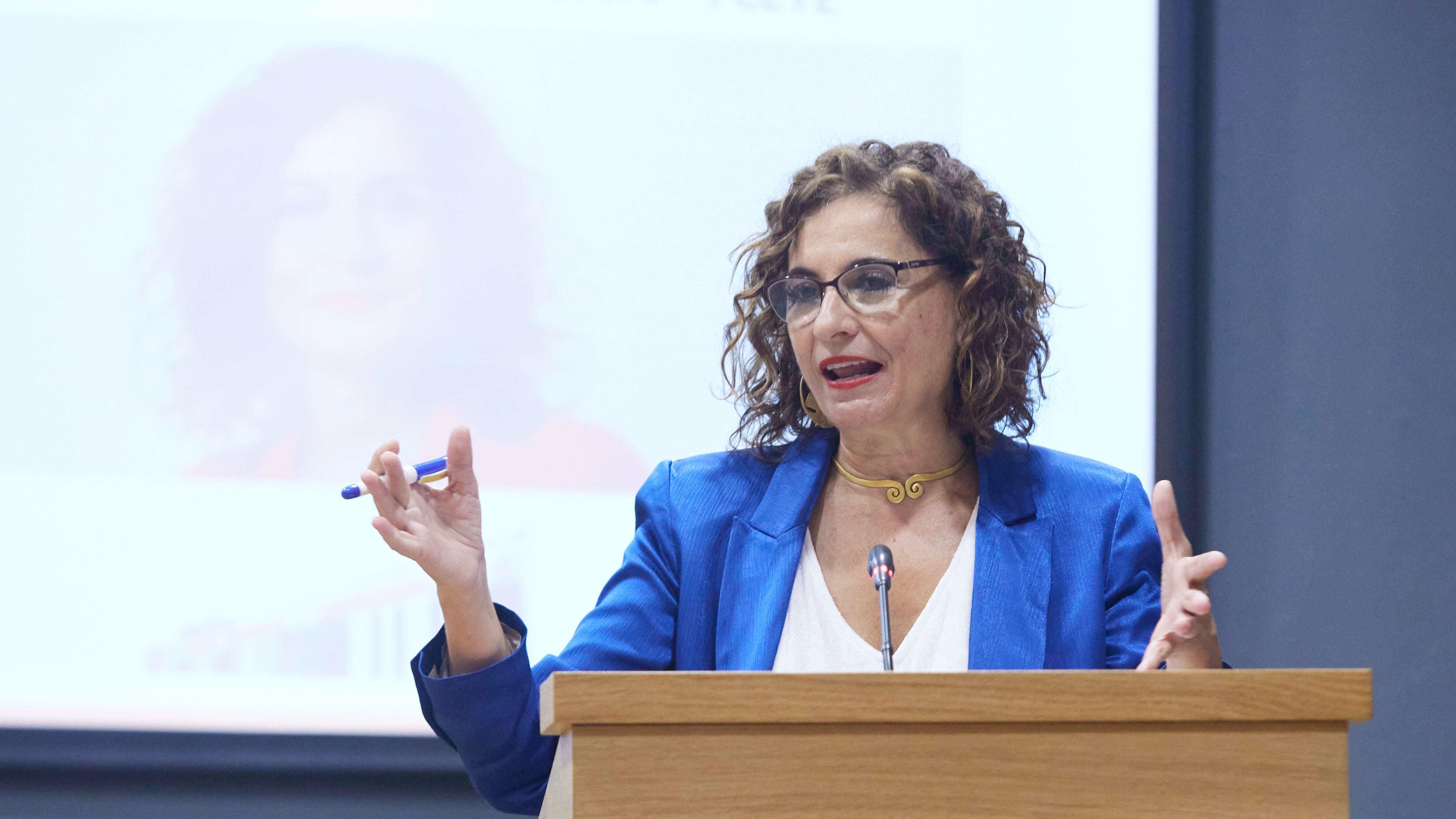 The head of the Treasury points out that some measures will be included in the Budgets and others in a specific rule with “fast processing” The set of fiscal measures will go beyond the tax on the rich announced by the Executive last weekMontero rejects Feijoó’s proposal to lower VAT from 10% to 4% on some basic products in the shopping basket The Government has announced that in the coming days it will present a complete package of fiscal measures, which will go beyond the tax on the rich raised last week. The Minister of Finance, María Jesús Montero, has said this in an appearance as deputy general secretary of the PSOE, in which she has indicated that some of these measures will be included in the General State Budgets and others in a specific rule that will have a “processing quick” to take effect in 2023. The announcement comes after the Government raised last Wednesday a new temporary tax for millionaires, which would begin to apply from next January, and which would be in force for a period of two years . This measure, in turn, was the response of the Executive to the decision of the Andalusian Government to fully discount the wealth tax, which in practice means its elimination, as the Community of Madrid already does. Galicia has also just announced that it increases the bonus to 5%. Differences with Podemos on fiscal matters Montero’s announcement on fiscal matters also coincides with the criticism leveled by United We Can to its coalition partners, assuring that the PSOE has “blocked” the negotiations on the General State Budgets (PGE) for the year that comes in essential aspects for training, such as, precisely, the “pending” tax reform. In addition, the head of the Government Treasury has rejected the proposal of the president of the PP, Alberto Núñez Feijóo, to lower VAT from 10% to 4% on some basic products in the shopping basket such as meat, fish, oil and water, arguing that it would mean emptying content taxation and would also benefit those who consume the most. María Jesús Montero, has pointed out that it strikes her that Feijóo makes this proposal when it was the PP that raised VAT from 8% to 10% and from 18% to 21% and has accused the popular of falling into contradictions when defending that tax reductions mean higher collection. “If they think that the tax reduction increases the collection, why do they increase it when the coffers are empty?” She asked. “It is so obvious that it does not hold,” she has disfigured.