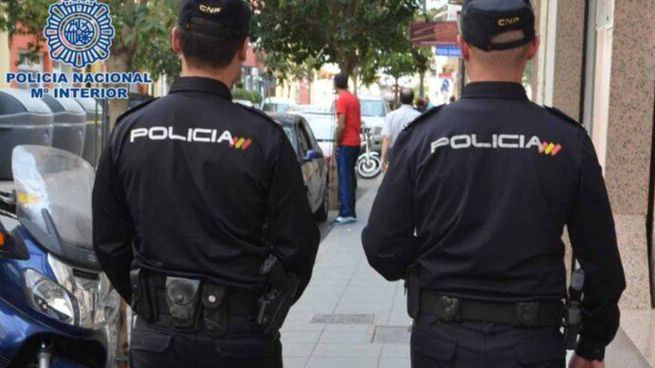 The 32-year-old woman could have been strangled: she reported being a victim of ill-treatment but the case was dismissed The man has thrown himself onto the tracks at the Provincial Hospital The couple had two children aged two and seven years A 36-year-old man has died this Monday after launching onto the train tracks, near Jardines street and at the height of the Provincial Hospital of Palencia. It was 7:22 am, which has forced the interruption of the circulation of the trains coming from Valladolid. Agents of the National Police have gone to the address where the man lived on Avenida de los Reyes Católicos number 3, to inform his wife of the death of his partner. He didn’t answer the door. When they opened it, they found the 32-year-old woman dead inside the house. Everything suggests that she could have been strangled. The couple had two children aged two and seven. The victim had denounced the man in 2019 for gender-based violence but the case “was dismissed because it was not considered to have any basis.” Due to the accident of a person at an unauthorized point of passage between Palencia and Bifurcation Cerrato, traffic is interrupted of the conventional gauge trains that run between Valladolid and Palencia.— INFOAdif (@InfoAdif) September 26, 2022