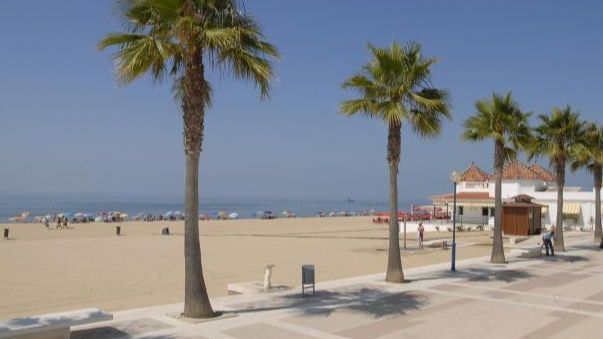 This week there will be an autumnal weather that will make us go out with a jacket and even with coats early in the morning For the day of San Miguel, there will be a significant drop in temperatures and most cities will not exceed 21-22ºC The temperatures rise again from Saturday October 1 and will last until Wednesday This weekend temperatures have dropped in practically all of Spain but it is always expected that by the end of the month “the summer of San Miguel will arrive, which is next Thursday September 29”. It is usual for temperatures to be mild and still remind us of summer. However, this year summer could come to your appointment but with some delay. After the strong thermal drop of the weekend, there will not be “time” for the temperatures to recover too much, which in the whole week may be below the average between 1 and 3ºC, the cold anomaly being even greater in the high areas of the peninsular center, explains Rubén del Campo, spokesman for the State Meteorological Agency (AEMET). On Thursday there will be a significant drop in temperatures and if the forecasts are fulfilled, in the north, the atmosphere will be cool, with temperatures, for example, 16 degrees in Burgos and Pamplona, ​​19 in Valladolid, or 20 degrees in Madrid. That is, lower temperatures than usual for the time. For the day of San Miguel, most cities will not exceed 21-22ºC. Only in Andalusia can they have maximum temperatures of 26-29ºC. There will also be highs of more than 25ºC in the Mediterranean area and in the Canary Islands after the stable weather returns. It is expected then that the summer of San Miguel will be late for its appointment and from Saturday there will be a clear and notable rise in temperatures that will last until Wednesday, October 5. They will be high temperatures for the time. On Sunday, it will be 33 degrees in Córdoba or it will exceed 35 in Seville. In the Mediterranean, in Valencia they will exceed 27 degrees and in Madrid it can reach 30. Cool temperatures during the week and even with coats in some cases first thing in the morning. Sunday left the coolest early morning temperatures of the entire week. And so it will continue. The temperature drop will become stronger in the center of the country and will also extend to the south and east. Temperatures will be below normal for the date in almost the entire map. Only Extremadura and Andalusia will have milder temperatures, close to the average. There will also be rainfall during the week in Aragon, Catalonia, the Valencian Community and the Balearic Islands that could be strong and stormy. The warnings are orange in Barcelona, ​​Girona, Menorca and Mallorca. Risk of storms In the Canary Islands, the islands of La Palma, El Hierro and Tenerife will be at significant risk due to rains and at risk due to storms. In Gran Canaria and La Gomera the yellow alert will also be active due to rain and storms, as well as in La Palma due to wind. The rain and the waves will also put Mallorca, Ibiza, Formentera at risk, the latter will also be at risk due to storms. But the rainfall will not only cause alerts on the islands, because in the Valencian Community, Alicante and Valencia will be at risk due to rainfall, as will Murcia, which will also have a warning for storms. In addition, coastal phenomena will affect the north of the Peninsula, putting yellow alert for Cantabria, Girona, Gipúzcoa and Vizcaya, according to the AEMET forecast. In the north of Galicia and the Cantabrian area, cloudy skies or covered with precipitation are also expected, as in the Balearic Islands, Alicante and the south of Valencia, where showers and locally strong storms are expected in the first half of the day. These will tend to subside and open clear in the afternoon, although in Alicante and the west of the Balearic Islands they could be reactivated in the afternoon. In addition, cloudy intervals are expected in the rest of the northern third and the southern third of the Peninsula, with the probability of some showers or weaker storm in the east of Castilla-La Mancha, Almería and Murcia.

1 thought on “The summer of San Miguel will attend his appointment, but with days of delay”