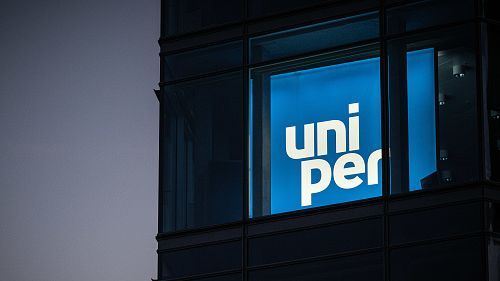 The German Economy Minister, Robert Habeck, announced this Wednesday the acquisition by the German State of the gas company Uniper, in crisis due to the rise in gas prices.Uniper, the largest German gas company, receives its name from the union of two English words. Namely, ‘unique’, and ‘performance’. In Spanish, Uniper contracts the expression: “unique performance”. However, Uniper is not performing in an extraordinary way, nor is it so “unique”. In the economic newspaper Handelsblatt they ironized this Wednesday pointing out that if there was something unique about the company, it was to have become the “biggest case of nationalization in the history of the Federal Republic of Germany”. The statement refers to a recent history in which those responsible for the German State have had to dip into public coffers to rescue banks, in the financial crisis of 2007 and 2008, and countries, as happened at the time when the euro wobbled between 2010 and 2012. Then it was necessary to rescue the economies of Greece, Ireland, Portugal and Spain. The rescue of Uniper is part of this history of rescues. Not surprisingly, the business journalist for the daily Die Welt Holger Zschaepitz referred to the nationalization as a moment of similar importance in Germany to the fall from grace of the US bank Lehman Brothers in 2008. Good Morning from Germany, where utility Uniper is being nationalized in a sort of Lehman moment. German govt is to become the majority shareholder in Uniper, Germany’s largest gas importer, previous majority shareholder Fortum announces. Uniper shares have dropped 92.2% from ATH pic.twitter.com/yMXummxDwG— Holger Zschaepitz (@Schuldensuehner) September 21, 2022 Up to 8,000 million euros will be contributed by the German State in a Uniper capital increase operation thanks to which up to 93% of the gas company’s shares will pass into German public hands. In addition, 480 million euros will be used to purchase 6% of the shares of the Finnish energy consortium Fortum, the current parent company of Uniper. Those about 8,500 million euros will cost Germany to take over the reins of a gas company in hours low. In its balance sheet for the first six months of the year, Uniper recorded 12,345 million euros in losses. A German gas sector in trouble In 2021, up to 55% of the gas imported by Germany came from Russia. Last August, in view of the progressive closure of gas operated from Moscow, the percentage was estimated at less than 10%. This situation, also due to Berlin’s desire to abandon the German energy dependency forged over decades, has caused Uniper to have to make its gas purchases from other more expensive suppliers. At the moment, and for contractual reasons, Uniper cannot transfer these higher prices to its customers, which are industrial companies, public gas companies and other suppliers. That explains why Uniper is selling at a loss. To solve its liquidity problems, in July Foreign Minister Olaf Scholz presented a rescue program for Uniper that has ended up falling short. In principle, it was the idea of ​​Scholz and company to take over 30% of the gas company. This Wednesday, however, an operation was presented whose negotiation lasted until Tuesday afternoon and which will end 99% of Uniper’s shares in the hands of the German State. 11,000 million euros in credits The rescue plan includes a line of credit to solve the liquidity problems of the company. This measure is operated through the so-called Credit Bank for Reconstruction, better known by its German acronym: KfW. Up to 11,000 million euros have already been used in this line of credit, as explained on Wednesday morning by the Minister of Economy in addition to the German Vice Chancellor, the environmentalist Robert Habeck. For Habeck, the decision to nationalize Uniper implies more than one discomfort . By entering Uniper, the German state is also entering a company that has nuclear power plants in Sweden and coal-fired power plants in Russia. This part of what Habeck’s ministry calls Uniper’s “complete stabilization package” could lead to problems politicians in a country that plans to continue with its nuclear blackout – even if it puts three plants in reserve until April 2023 – in addition to decarbonising. For the time being, Habeck is making an effort to make a clear message: “the State will do everything possible to keep companies stable in the market.” Relief at Uniper That statement leaves the door open to other interventions in the energy sector. The intervention of the German state already transcends the gas sector. Last week, the Executive announced the temporary takeover of Rosneft Germany through the Federal Network Agency. Rosneft Germany is part of the Russian energy company Rosneft, which specializes in oil exploration. Rosneft has three refineries in Germany. In Uniper, in any case, it seemed to breathe with some relief this Wednesday. The words of the company’s CEO, Klaus-Dieter Maubach, sounded relieved. “Today’s deal [este miércoles, ndlr.] it facilitates clarity in the ownership structure of the company, allows us to continue with our business and continue to play our role as a supplier of systemically important energy”, said Maubach this Wednesday in a statement. low this Wednesday after the announcement of the nationalization. It was around 2.90 euros per title. The day before the start of the Russian invasion of Ukraine, the value amounted to 33.27 euros per share.

1 thought on “The story of Uniper, the great German gas importer in low hours”