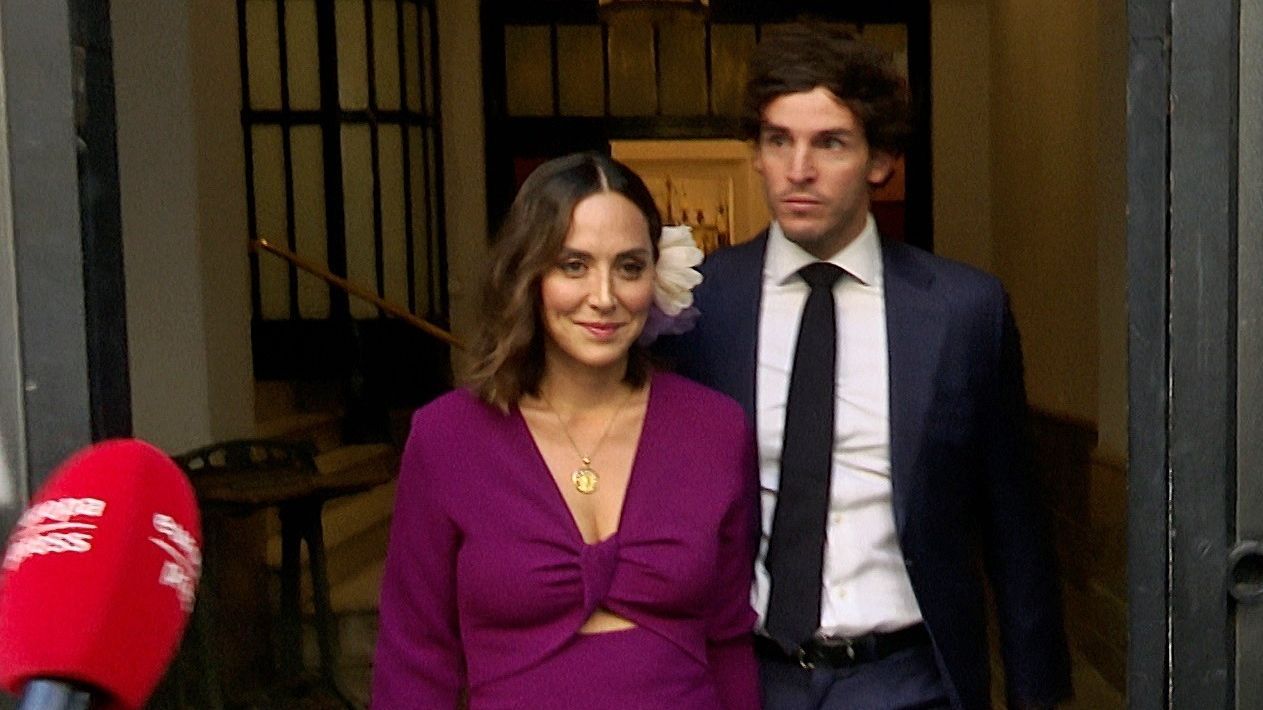 The 32-year-old businessman, Iñigo Onieva, has published a statement on his Instagram account in which he sings the ‘mea culpa’ for the images in which he is seen kissing another woman who is not his, until now fiancé, Tamara Falco. In the text that he has published, he reiterates her love for Tamara, whom he says is “the woman of her life” and apologizes to her and her family for the damage caused. “In the videos broadcast I appear in an unacceptable attitude, for which I am absolutely sorry and devastated for it. I apologize for not being honest and I apologize to Tamara and her family publicly. I am completely in love with Tamara and she is the woman of my life, so it hurts me tremendously to have harmed her. To avoid further harm to Tamara and our families, I ask that images that may affect our right to privacy not continue to be disseminated, and that they refrain from publishing information that is affecting our privacy”, reads the statement. SCANDAL, THE WEDDING IS IN DANGER 😨​💔​ A video of Íñigo Onieva is leaked very partying and kissing with another woman who is not Tamara Falcó
Source: (Readings) pic.twitter.com/AXipeudvRD— Look what Spain did (@MiraloquehizoEs) September 23, 2022 Tamara’s deletion of the photo with which last Thursday she graphically announced the link with a kiss to her fiancé and an engagement ring was not the only indication that the link was in danger. According to some media, the daughter of Isabel Preysler would have been seen with a serious face this Saturday, avoiding questions from the press. The last time both boyfriends spoke was this Friday and Íñigo Nieva’s words were reassuring. “We are very happy, and our families too, it is a pity that there is always someone who wants to destroy our relationship,” said Tamara’s partner. “They always make things out of these invented ones, and just on the day of our engagement (commitment)…” Regarding the video of the discord, the 32-year-old businessman (8 years younger than Tamara) maintains that the images are from 2019, when He wasn’t dating Tamara yet, since he goes to that festival (Burning Man, in Nevada, USA) every summer Now, it seems those excuses may not have been enough.

1 thought on “Iñigo Onieva sings the ‘mea culpa’, recognizes the video and apologizes to Tamara Falcó and her entire family”