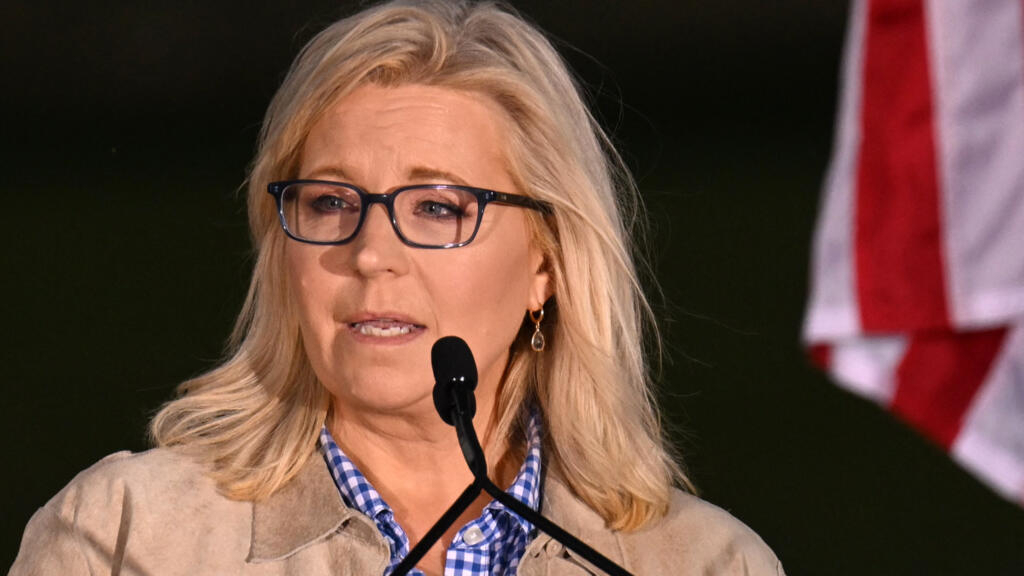 Published on: 08/17/2022 – 05:15 Liz Cheney, candidate for re-election as representative of Wyoming, was eliminated on Tuesday evening from the Republican primary for the November midterm elections. The elected conservative, who refused to relay the myth of Donald Trump’s stolen election, is paying the price for her independence from the strong man of her party. Standing up to Donald Trump will have cost him his job. Liz Cheney, the Republican representative from Wyoming who wanted to be re-elected, lost her primary on Tuesday August 16 against Harriet Hageman, a protégé of the former American president. “I will do whatever it takes to ensure that Donald Trump does not “Never approach the Oval Office again,” said the 56-year-old parliamentarian from Wyoming, a very conservative state where she had served since 2017. Proud to cast my ballot today. The challenges we are facing require serious leaders who will abide by their oath and uphold the Constitution- no matter what. pic.twitter.com/PcTXUR6Aw1— Liz Cheney (@Liz_Cheney) August 16, 2022 The 56-year-old elected official has been one of the Republican billionaire’s main pet peeves since she dared to join the House Committee investigating her role in the storming of the Capitol on January 6, 2021. Donald Trump strengthens his grip The daughter of former Vice President Dick Cheney even co-chairs this group of elected officials, for whom Donald Trump “failed in his duty” during the attack carried out by his supporters to try to prevent the certification of Democrat Joe Biden’s victory in the 2020 presidential election. Donald Trump, who openly flirts with a 2024 presidential candidacy, constantly denounces the work of this commission, which he calls it a “witch hunt”. He had therefore pledged to defeat Liz Cheney, putting all his weight behind his rival Harriet Hageman, a 59-year-old lawyer with whom he went to campaign at the end of May. The Republican nomination in the election for the House of Representatives will therefore go to Donald Trump’s protege, further strengthening the hold of the former White House tenant on the Republican Party, despite the numerous investigations of which he is the subject. As if, by dint of accumulation, all these affairs no longer had a hold on him.” Forgetfulness of politics” The ex-real estate magnate immediately applauded the defeat of Liz Cheney: “She should be ashamed of ‘herself, the way she acted,’ he said on his social network, Truth Social. “Now she can finally fall into the oblivion of politics,” he said. In Wyoming, a state that voted more than 70% for Donald Trump in the last presidential election, candidate Harriet Hageman supports including the Trump clan’s theory that the 2020 election was “stolen” from the former president, despite overwhelming evidence to the contrary. finally escaped, has been trying for more than a year to dismantle this thesis to which millions of Trumpists still adhere. elected during a parliamentary hearing in mid-June, believing that the “defense of the American Constitution” deserved to jeopardize her political career. Death threats Since she has been investigating Donald Trump and his entourage, the elected official has been targeted by a series of death threats and did not place no longer without a police escort. In her state, the elected official had been forced to lead a sort of phantom campaign, without electoral rallies or public events. This heiress of a very traditionalist right, pro-guns and anti-abortion, was also excommunicated by the Republican Party of Wyoming, whose leader himself participated in the demonstrations on the day of the assault on the Capitol. How does Liz Cheney now plan to block Donald Trump? Rumors lend him presidential ambitions for the 2024 election. On Tuesday evening, Liz Cheney also wanted to offer an outstretched hand to “Republicans, Democrats and independents”: destroy our republic.” With AFP