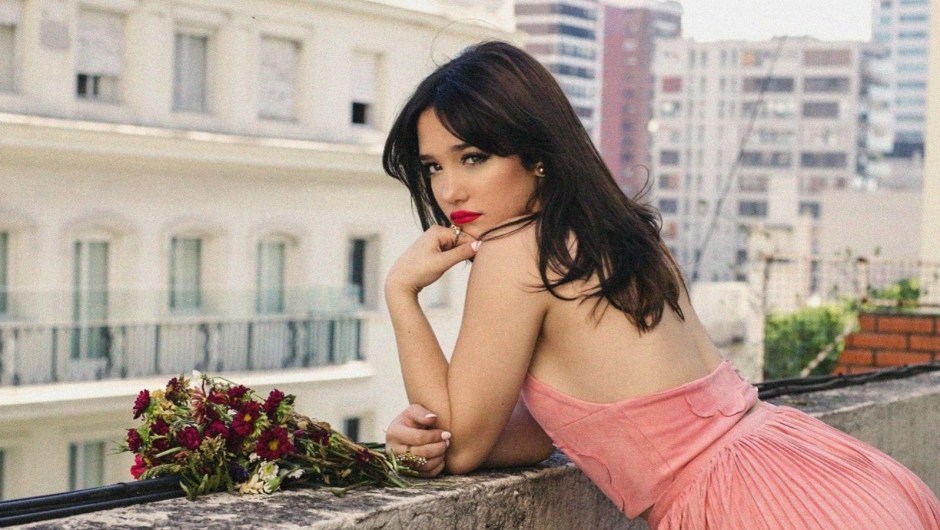 (CNN Spanish) – Ángela Torres is the youngest in a family of several generations of artists. At 22, after a long career in film and television in Argentina, he has decided to focus on music. In her first album, “La Niña de fuego”, she pays tribute to her grandmother Lolita Torres, singer and actress who had an outstanding career in Spain and Argentina. In an interview “In Dialogue with Longobardi” he told how he managed to fulfill his dream of studying musical comedy on Broadway at the age of 15, spoke of the strong connection he feels with his grandmother and recalled a tender anecdote with his uncle, the singer-songwriter Diego Torres, who invited her to the stage at one of his concerts when she was three years old.

Authentic and eloquent, the young woman explained why she does not identify with romantic love and stressed that there is more emotional freedom in the new generations.

Marcelo Longobardi: How did you jump into music?

Angela Torres: I think that the first thing that appeared in me as I wanted was to sing before acting. I don’t know if there was a day when I became a singer… more than anything it was cheering me up, trusting that I have something to say. In 2019, when I finished the novel “Simona” I decided to take some time to dedicate my energy to music.

Marcelo Longobardi: Did you find your sound or are you looking for it?

Angela Torres: I think my sound today would be not to be pigeonholed into any sound.

Angela Torres: Yes, it is inspired by her. When I finished “Simona” I was very mentally tired and I went backpacking to the south of Argentina with a friend for the first time. One day I started listening to my grandmother in the mountains, in the middle of nowhere. Listening to his records I came across “La Niña de fuego”, which is the song from a movie of the same name that is very epic in his career. I felt his energy vibrating much like me. I was looking for my music and she appeared with those melodies. After three or four months I ended up going to Spain to make my album, which is also a coincidence, because she was closely linked to that country.

Marcelo Logobardi: Did you get to know your grandmother?

Angela Torres: Yes, until I was 4 years old I was lucky enough to share, because my dad lived with her. I used to go on weekends and I have fond memories (…) he was always an angel, you see, a very luminous person. It was active for more than 50 years.

Marcelo Longobardi: Did you connect a little with that multifaceted aspect of her?

Angela Torres: Yes, from many places. And sometimes magical things happen. People remind me of her all the time. There are big women who stop me in the street and start crying when they remember her. As I grew up, I became aware of who he really was. Every time I go out to a premiere I think of my grandmother.

Marcelo Longobardi: You are the granddaughter of Lolita Torres, who is a legend of Argentine television, theater and music. But in your genealogical tree there are also your mother, the actress Gloria Carrá, your father, the musician Marcelo Torres and, of course, your uncle Diego Torres. Do you have a good relationship with him?

Angela Torres: It is good, although a little distant because he has lived in Miami for many years. I admire him a lot and he was very important in my first steps. He was the first person who put me on stage in River Plate when I was three years old. That was where “Color Esperanza” had come out, it was the peak of his career. There is a video in which I am on top of him, almost taking the microphone off him and singing the song. I have a lot of admiration to see how he works, that he is a very dedicated person.

Ángela Torres remembers a tender anecdote with her uncle Diego 1:28

The dream of studying on Broadway

Marcelo Longobardi: Did you study theater or music?

Angela Torres: From the age of 7 I studied musical comedy and singing and theater separately. I also took courses and other things. At 15 I went to study in New York. I was alone for a month, I don’t know how my mom let me go, I was crazy. I was happy, fulfilling my life’s dream of taking a musical comedy on Broadway. It was crazy. It was the first time I saw those plays, I cried in all of them. He lived in a little hotel there seven blocks from where he was going to study with older people. It gave them a bit of an impression that I was alone, so they sponsored me.

Angela Torres: I fulfilled my dream of studying on Broadway 1:09

Marcelo Longobardi: You have publicly said that you practice polyamory. Is it true, you don’t have a stable partner?

Angela Torres: I think that in my generation what is there, what is more present is questioning that. Questioning love, questioning love. Encouraging yourself to ask yourself the things that you know that you already have in your head since you are little because they are being put into you, such as that love is that you love someone and are not with another person. All I do is question that. For me, does loving one person mean that I cannot share with another? Does loving another person mean repressing my desire? No, in my case I feel that no, that does not mean that. But hey, it’s something that I practice and what I learn from day to day. And I still live in a world where romantic love triumphs at times.

Editor’s note: The program “In dialogue with Longobardi” can be seen every Sunday at 9 pm in Miami (10 pm in Buenos Aires) on the CNN in Spanish screen. In addition, their shows can be heard on various platforms.

1 thought on “Ángela Torres, from success on the screen to an ambitious commitment to music”