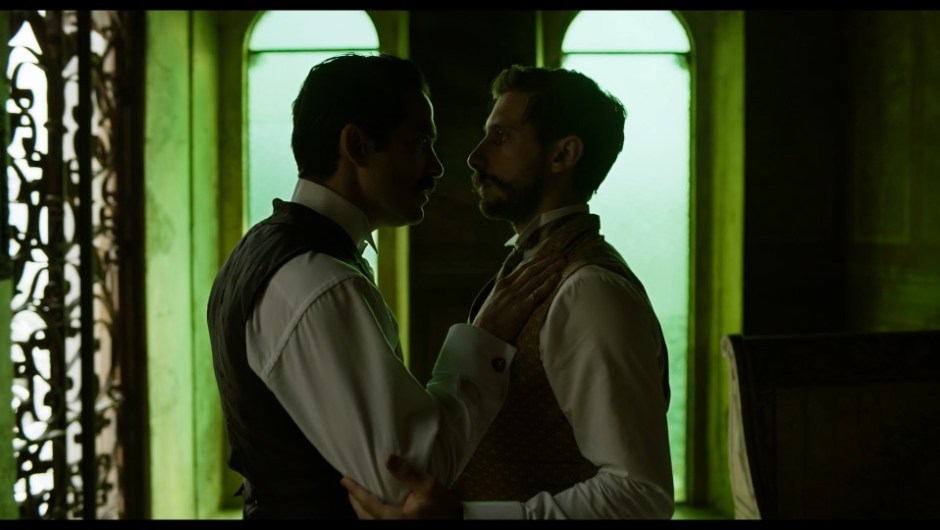 (CNN Spanish) – The movie The dance of 41 tells the story of 42 men from a clandestine group that met in Mexico City.

Alfonso Herrera Y Emiliano Zurita They give life to Ignacio de la Torre and Evaristo Rivas, members of this group of 42 homosexual men who in 1901 lived a double life.

CNN Pop Zone He spoke with the actors about this film based on a real case that for a long time seemed to be an urban legend, since the information on those 42 individuals disappeared from the archives.

Ignacio de la Torre (Herrera) was a congressman married to Amada Díaz (Mabel Cadena), the daughter of the President of Mexico, Porfirio Díaz. However, in reality, De la Torre was in love with Evaristo Rivas (Zurita).

On the night of November 17, 1901, a raid was carried out on a house in the historic center of Mexico City in which 42 men were arrested, 21 of whom were dressed as women.

Upon viewing the report with the list of detainees, President Díaz discovered that one of them was his son-in-law, Ignacio de la Torre. That is why, in the official record, only 41 men arrested in that raid are reported.

The story takes place in 1901, a time in which Mexico sought its Frenchification in all senses through the administration of President Porfirio Díaz.

Homosexuality was not something to be seen naturally and when this group of 42 homosexuals was discovered, the files were destroyed and everything was kept secret.

“It is shocking that after 120 years in which this was kept out of Mexican history due to such a strong scandal, what happened is finally known,” says Emiliano Zurita.

For Alfonso Herrera this film was a great challenge. «There is very little information and when looking for the few pieces of the puzzle I found a book by Carlos Tello Díaz, El exilio, where he talks about the people closest to Porfirio Díaz. And Ignacio, who was married to Porfirio’s eldest daughter, appears for obvious reasons, “he says.

«The dance of 41, seeks to open conversations to advance as a society »

“This film not only talks about the unpleasant way in which the LGBTQ community has been treated, it also talks about machismo and misogyny and lets you see very peculiar things about our Mexican society,” says Herrera.

On whether Mexican society has advanced in these 120 years, he adds that “there have been advances, but there is still a long way to go to say that we are in a respectful society.”

For Zurita, The dance of 41 it should open up conversations about the LGBT community. “This movie opens much-needed conversations that I hope that the people who feel uncomfortable with it will be the ones who see it and can talk to continue moving forward as a society.”

The dance of the 41: royal and dignifying

For the two actors, having been part of this film represents a great pride, since it touches on two important points: first, that it is a real event, and then, that it speaks of the dignity of a community that at that time was considered as prohibited.

For Zurita «this film is very special because of its music, photography and production. I hope people see it and give it that value. It was impressive to me to have seen such beautiful and funny things and, at the same time, such terrible things within the same story. In a single word, I define it as real.

And for Herrera, “what I can rescue and that is important is the respect that the LGBTQ community must be given. Contents like the one in this film are important to dignify the image of the community, because in order to have empathic and respectful societies, minorities must be respected.

The dance of 41 can be seen on Netflix and is available worldwide. A tape that you cannot miss and we highly recommend.