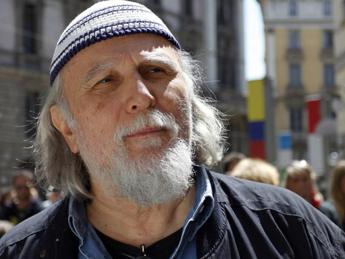 “The policy of this Israeli government is the worst of the worst. It has no justification, it is infamous and unparalleled. They want to drive the Palestinians out of East Jerusalem, they try in every way and with all sorts of tricks, of arbitrariness, of manipulation of the It is an uninterrupted harassment that occasionally explodes the protest of the Palestinians, who are overwhelmingly the victims, because then they die, they are massacred “. Moni Ovadia told Adnkronos, commenting on the escalation of violence in the Middle East which resulted in a long night of bombing between Israel and the Gaza Strip. “Israel’s politics is segregationist, racist, colonialist – says the actor, musician and writer of Jewish origin – And the international community is of a repugnant partiality. With a few rare exceptions, countries like Sweden and some South American countries do not he looks to see that the condition of the Palestinian people is that of the loneliest, most abandoned people on earth because everyone succumbs to the blackmail of the infamous exploitation of the Shoah “. Moni Ovadia explains even better: “All this has nothing to do with the extermination of the Jews, it is pure exploitation. Today Israel is a very powerful, highly armed state, which has the most powerful countries on earth as allies and which just makes a small protest all countries bow down, starting with Germany with its terrifying feelings of guilt “.” I am Jewish, I too come from that people – the artist urges – But the answer to the horror of extermination instead of seeking Peace, coexistence, mutual acceptance, is this? Where does all this lead? The Palestinian people exist, whether Netanyahu likes it or not. There is a people who have the right to have their own land and their own dignity, and children have the right to have their future, and instead they are treated as enemies “. And on the reactions of the international political community and in particular of Italy, Ovadia is clear: “There are courageous Israelis who speak, denounce – sinks – But the international community does not, for example Italy hides behind its timidity, a blow to the circle and one to the barrel. There should be a firm position, a boycott, starting with the goods that the Israelis produce in territories that are not theirs. ” Peace “is made between equals, it is not a diktat as the Israelis would like – concludes Moni Ovadia – I am not on anyone’s pay slip, I represent myself and I fight against any form of oppression, it is my little teaching. all those who suffer abuse, oppression and persecution and this was taught to me by the history of the Jews. I am very Jewish, but I am not a Zionist at all “.