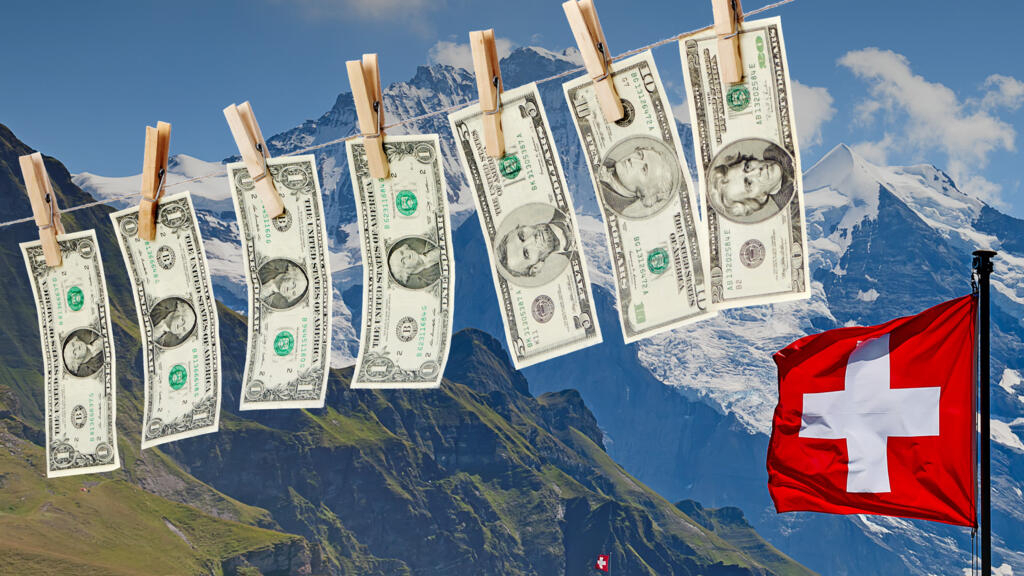 The revelations on Monday about the wealthy and disreputable clients of Credit Suisse partly challenge the official discourse of Swiss banks and authorities on efforts to be more fiscally transparent. They also underline the extent to which the country continues to depend on dirty money from developing countries.

A Swede convicted of human trafficking, a leader of a Serbian drug cartel, the former heads of the secret services of Yemen and Iraq suspected of acts of torture, or even hundreds of corrupt politicians from Venezuela or Eastern European countries.

The list of wealthy clients who hid 100 billion Swiss francs (96 billion euros) in the vaults of Credit Suisse, revealed on Monday February 21 by a media consortium led by the German daily Suddeutsche Zeitunglooks like a Who’s Who of sulphurous personalities to avoid for any honest banker.

This new tax scandal, baptized “Swiss Secrets”, comes at the worst time for the powerful Swiss bank. With more than 1.5 million private customers worldwide, it is crumbling under the weight of scandals for years.

She has been implicated in corruption scandals in Russia, China, has been linked to money laundering cases by the Vatican Bank, and has been blacklisted by Washington for promoting transactions with the Iran or Sudan. It also became, in mid-February, the first major Swiss bank to to be prosecuted on the national territory in the context of a drug money laundering case linked to a Bulgarian trafficker.

Each time, Credit Suisse claimed that it was ancient history, and that it had learned from the mistakes of the past. The bank also used the same line of defense after the revelations of the Süddeutsche Zeitung. “A series of important measures within the framework of Swiss financial reforms have been taken in recent years,” reacted the establishment in response to the revelations, stressing that certain disputed accounts dated back to the 1970s.

An argument that does not satisfy specialists in tax havens and banking secrecy. First, because most of the accounts were opened after 2010. And also because “experience teaches us that the banks that try to blame scandals on past mistakes are also the ones that do the least effort to change and who often find themselves caught up in repeat business,” said Ronen Palan, economist and specialist in tax havens at the City University of London, contacted by France 24.

But it is not the reputation of a single bank, however controversial, that finds itself tarnished by these revelations. “It’s not just a Credit Suisse scandal, but also a Swiss scandal,” says Quentin Parrinello, head of tax justice advocacy for the NGO Oxfam, contacted by France 24. Christophe Farquet, historian author of the book “History of the Swiss tax haven“, specifies that “other banks, whether Swiss or subsidiaries of foreign groups established in Switzerland, are also regularly suspected of similar acts”

The revelations of the “Swiss Secrets” come to partially twist the neck of the official discourse held by the Swiss authorities in recent years on the “end of Swiss banking secrecy“From 2017, Switzerland began to sign agreements for the automatic sharing of banking information which were real blows to the principle of banking secrecy”, recalls Christophe Farquet.

These “advances” earned Switzerland to be removed from the infamous black and gray lists of “non-cooperative tax jurisdictions” of the OECD and Europe in 2019. The revelations of the Süddeutsche Zeitung question the reality of the efforts Swiss to get out of the court of tax havens.

The dirty money of developing countries

They highlight, to say the least, “a problem with the seriousness of internal due diligence investigations relating to customers and also of the control procedures put in place in recent years by the Swiss authorities”, affirms Quentin Parrinello.

Difficult, for him, to believe that the Swiss bankers have passed next to the accusations of corruption which weighed on Ukrainian oligarch Rinat Akhmetov who had several Credit Suisse accounts in 2016. And what about the more than 3,000 wealthy Venezuelans suspected of corruption who have chosen Swiss vaults to shelter their money from the economic crisis affecting their country?

It is not only a question of insufficient control of the origin of the funds. These revelations also highlight “the double talk of Swiss banks” in the 2010s. “Most of the accounts were opened in the early 2010s, at a time when Switzerland was beginning to come under international pressure to fight against tax evasion”, notes Christophe Farquet.

And most of these new accounts have one thing in common: they come from customers in developing countries. “Switzerland therefore seems, on the one hand, to have wanted to give pledges to the so-called rich countries – with which the first agreements for the automatic exchange of information were then signed -, and on the other hand they actively courted men corrupt businessmen, authoritarian politicians from developing countries to compensate for the anticipated decline in customers from developed countries”, sums up the Swiss historian.

Admittedly, Bern then began to sign agreements for the automatic exchange of banking information with developing countries. And “these new revelations do not allow us to know to what extent these new Swiss practices are effective in the very short term, in particular concerning money from developing countries”, underlines Christophe Farquet. But “the whole history of the Swiss financial center raises doubts about the banks’ desire to clean up these customers,” said Ronen Palan, of City University in London.

Especially since these revelations demonstrate, according to this specialist in tax havens, to what extent Switzerland remains attracted by dirty money from international crime or corruption in developing countries. “The Jeff Bezos and Mark Zuckerberg of this world do not appear in these revelations. This does not mean that the large groups do not do tax optimization, but rather that they do not choose Switzerland”, notes Ronen Palan .

For him, the names that appear in these revelations prove the failure of the Swiss financial center “to evolve and remain competitive to attract customers who seek to invest their money in complex financial arrangements that bring in a lot”.

The European People’s Party (EPP) – the main political formation in the European Parliament – estimated that the revelations of “Switzerland Secrets” could lead to the great return of Switzerland to the European blacklist of tax havens. “The next discussions on updating this list will take place on Thursday February 24. We will then see what is going on and whether Switzerland is ‘too big too blacklist’ or not”, notes Quentin Parrinello.